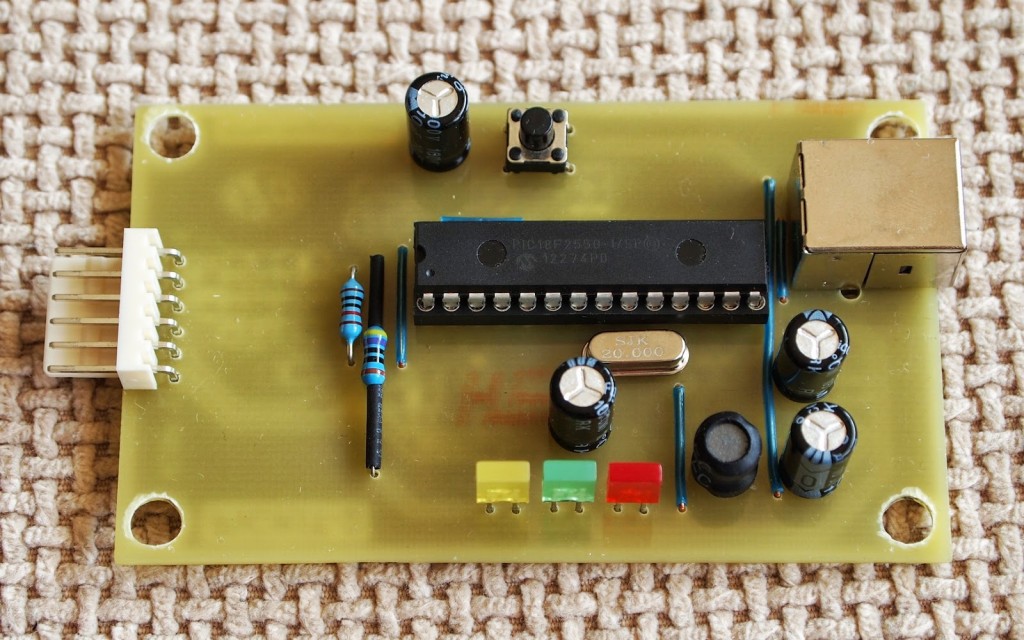 These days I was thinking about a better PIC programmer that can work with Microchip MPLAB IDE software so that I can write my own programs or edit someone else’s programs. I found that there are numerous versions of the famous Microchip PICkit 2 on the web.

Some of them are using the original schematic published by Microchip and some are lite versions – with different parts or simplified schematics. None of them satisfied my requirements. So I got the original schematic, removed the memory chips and the input ICSP connector (which I didn’t plan to use anyway) and made a new single sided PCB. I used mostly SMD parts.

I found out that I can get all parts for the original schematic from local stores, and only two – MCP6001U and FDC6420C – I had to order from Farnel. I also decided to replace two Schottky diodes BAT54 and ZHCS1000 with SS14 because of more convenient package. I programmed the PIC18F2550 microcontroller with my Chinese programmer. Here is the schematic which I used: 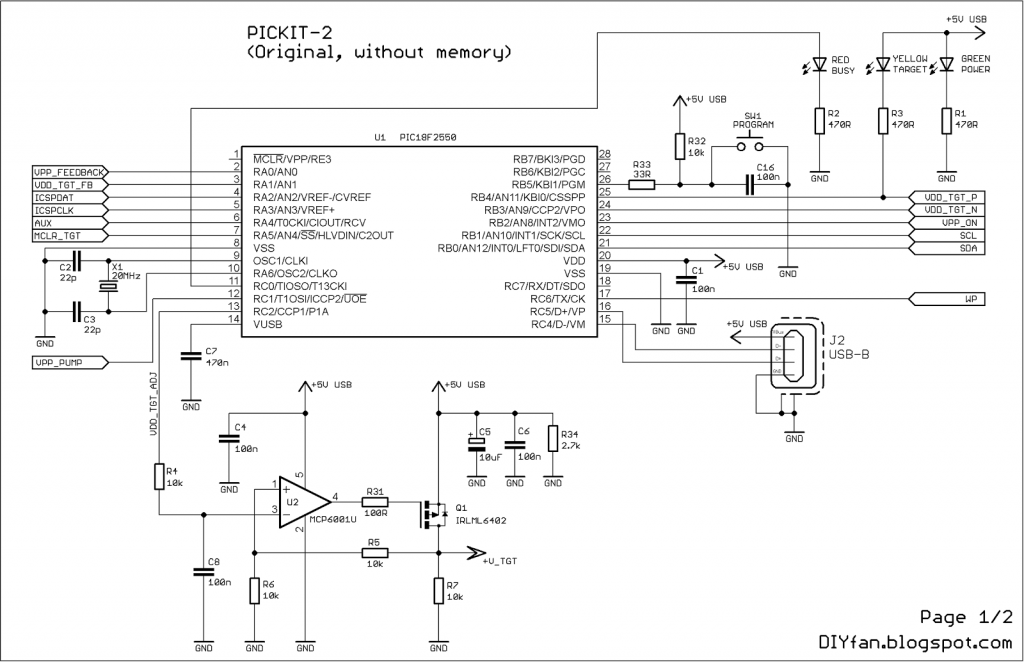 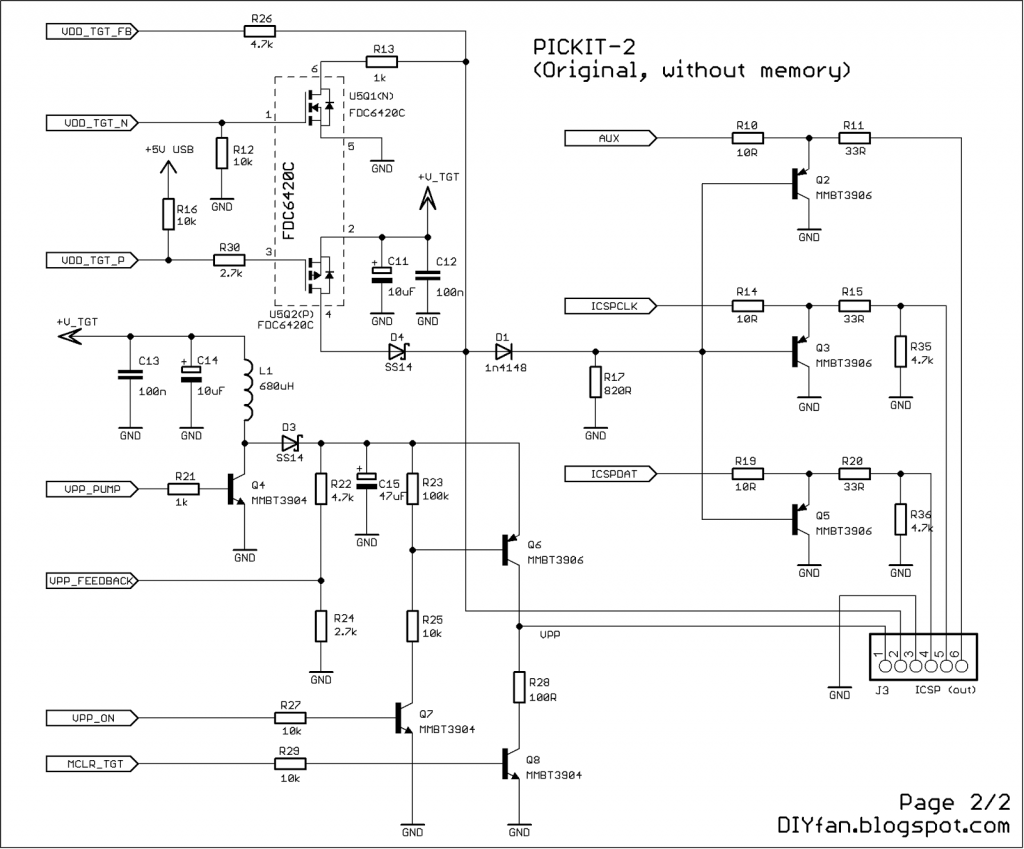 In the end the schematic is not exactly like the original one but it is close enough 🙂 I used the same notifications of the parts like in the original schematic. 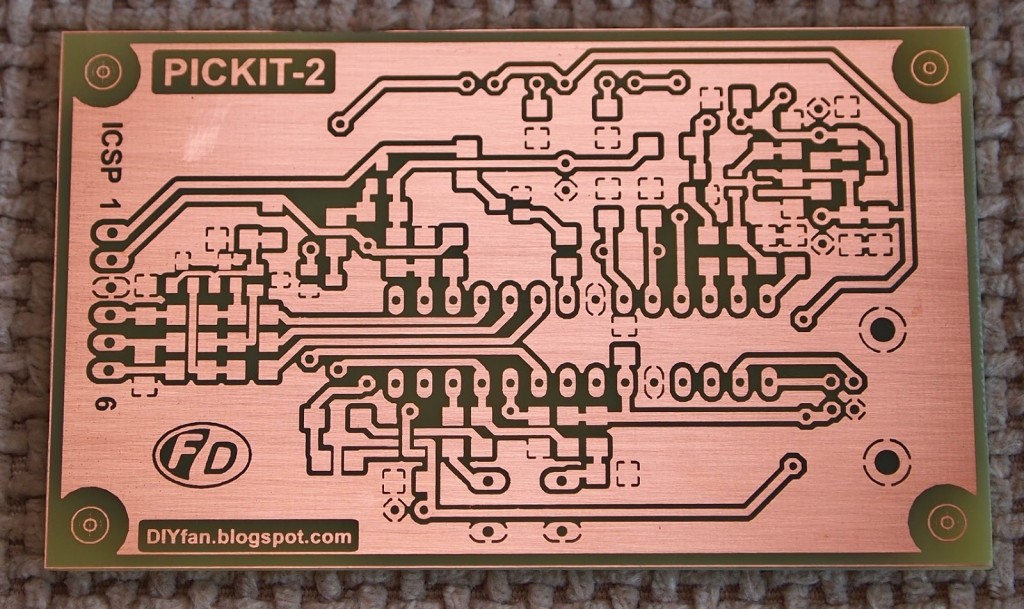 It is one sided and has only five jumpers. The size is comparatively small – 83mm x 52mm. 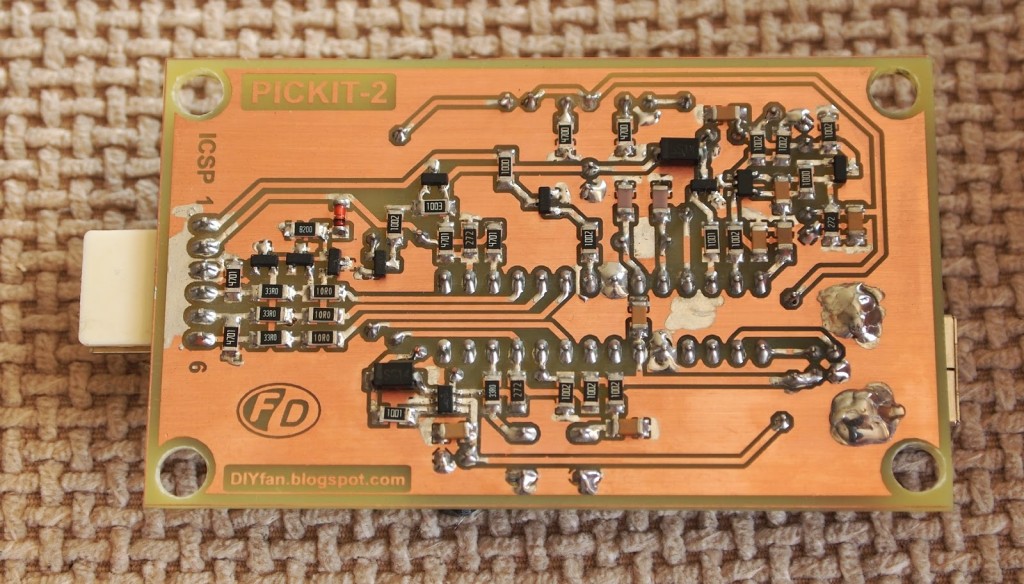 I don’t want to brag, but I think I made the best one sided PCB for PICkit 2 programmer 🙂 . It also works without any hiccups. I tested it with an PIC16F628A which I have at hand. It was recognized in both PICkit 2 software and MPLAB IDE.

Here is the picture of the programmer connected to the breadboard with the PIC16F628A on it. 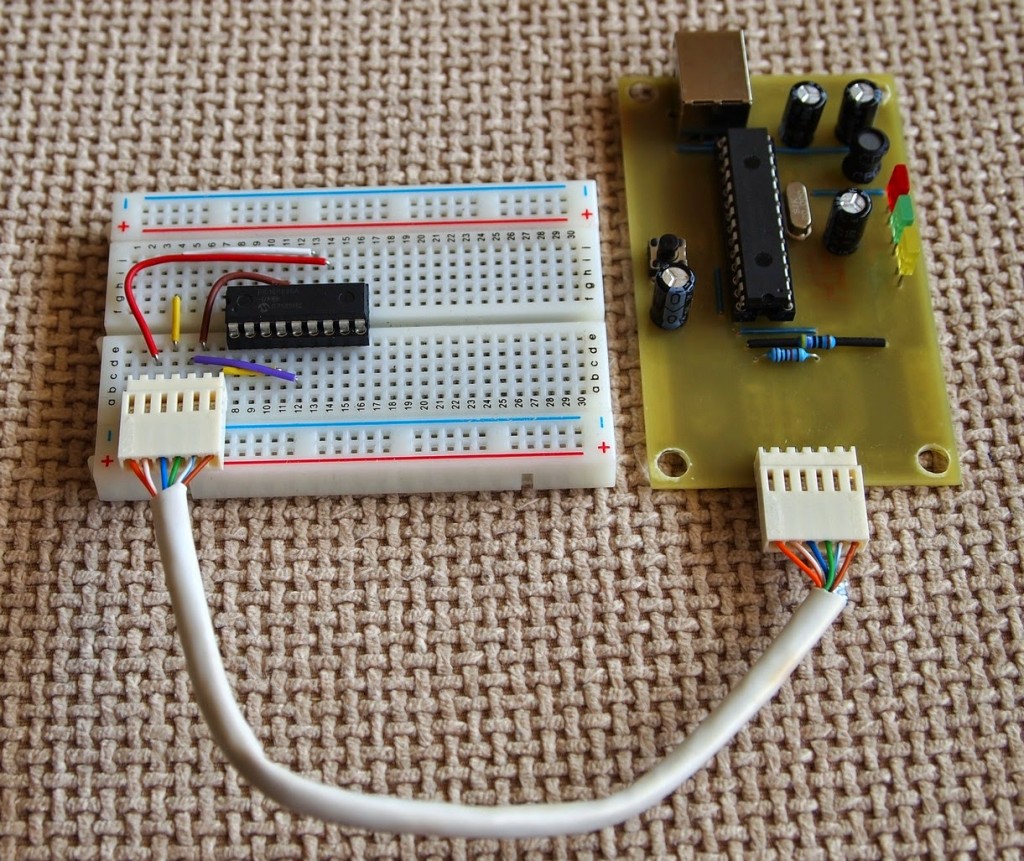 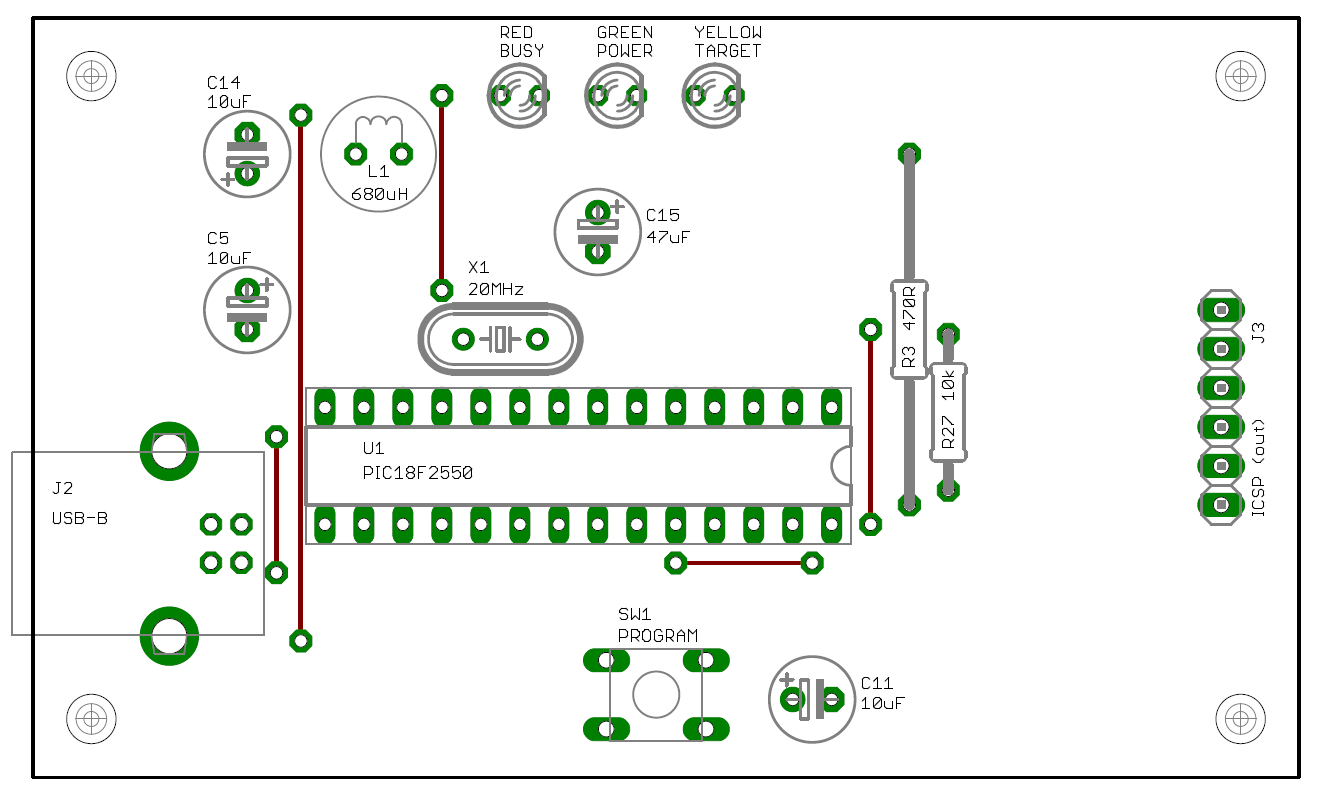 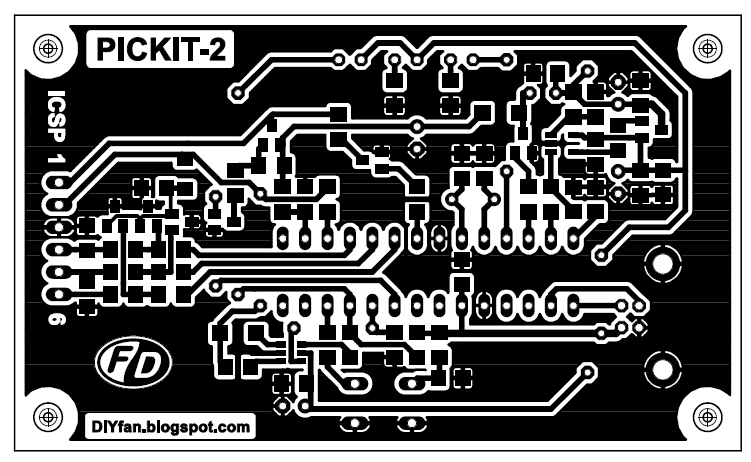 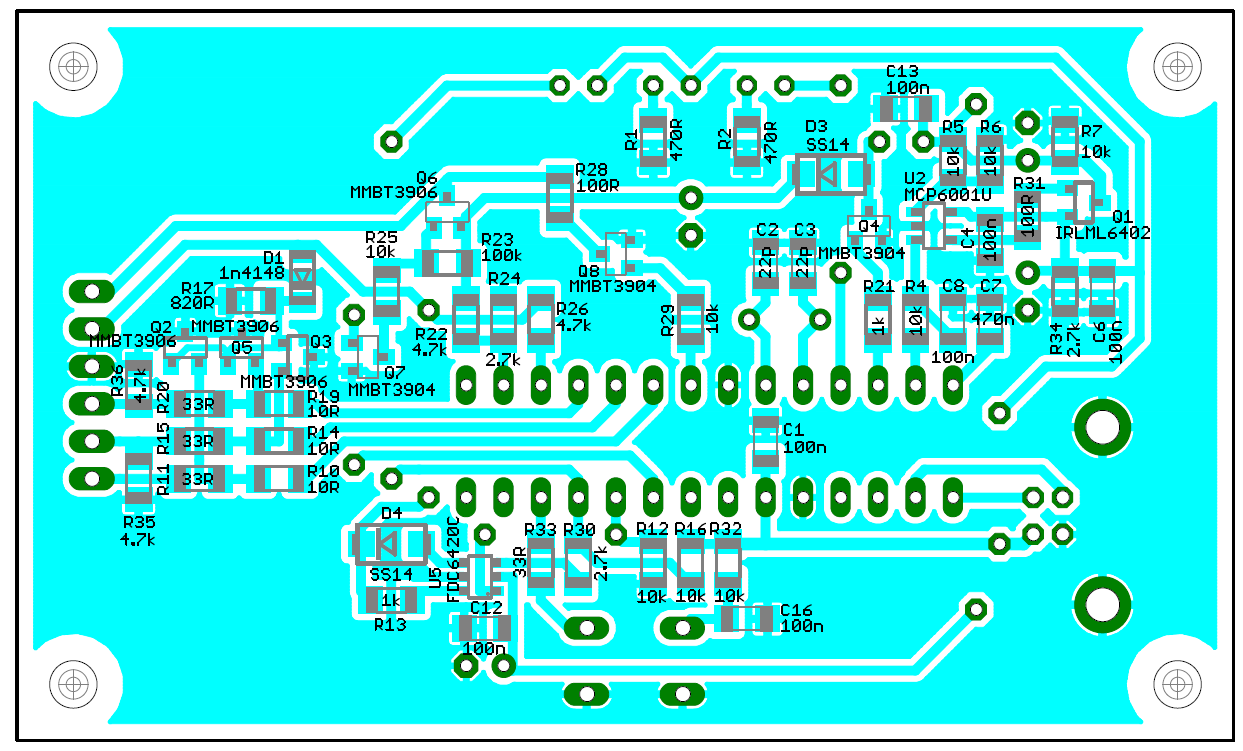