This power supply appeared in the summer issue of Elektor 2000 without a PCB layout. So, I decided to build a PCB using Cadsoft EAGLE Lite edition following the Elektor’s schematic and introducing some changes.

The power supply uses through-hole parts which are easy to find on market. Main part is LM338 Regulator which can be found in TO-220 and TO-3 packages. LM338 must be mounted on a heatsink to avoid overheating.

I have done some small changes on original schematic like adding a fuse F1 after bridge rectifier 2KBP for better protection from overcurrent and I also added an additional SCR connector, to connect an overvoltage protection circuit as separate unit.

The overvoltage protection unit is from ARRL 2015 Handbook and consists of MC3423P1, a BT152 SCR (or equivalent) and a FUSE on LM338 output.

LM338 can handle up to 5A of DC current but in this project we limit it’s use to 2A. Diode D8 helps C2 to discharge and D9 protects the output from connecting a reverse polarity voltage source. Capacitor C2 smooths the input voltage. The transistor Q2 along with D3 indicate whenever there is no voltage at the output of the fuse is blown. For protecting the load from high output voltages there is a Thyristor and a Zener diode D6 at 15V. If the output voltage exceeds 15V then D6 conducts and T1 fires. In this way the thyristor shortcircuits the output, the fuse is blown and D3 lights up. 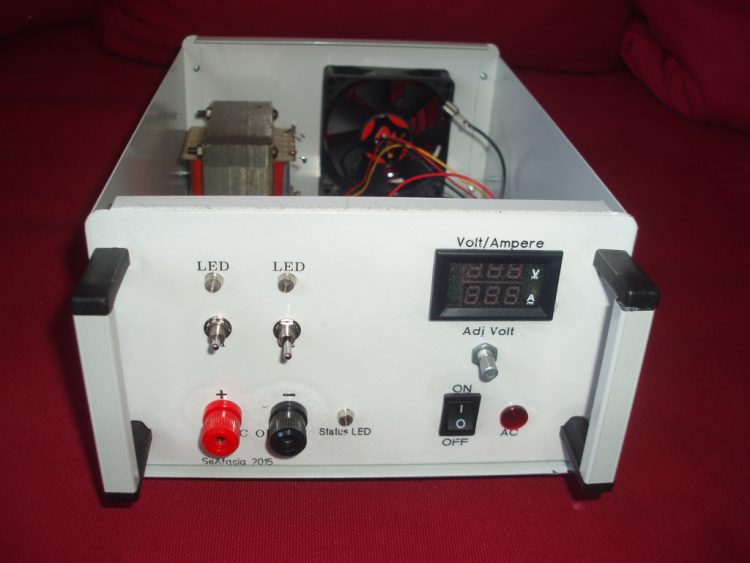 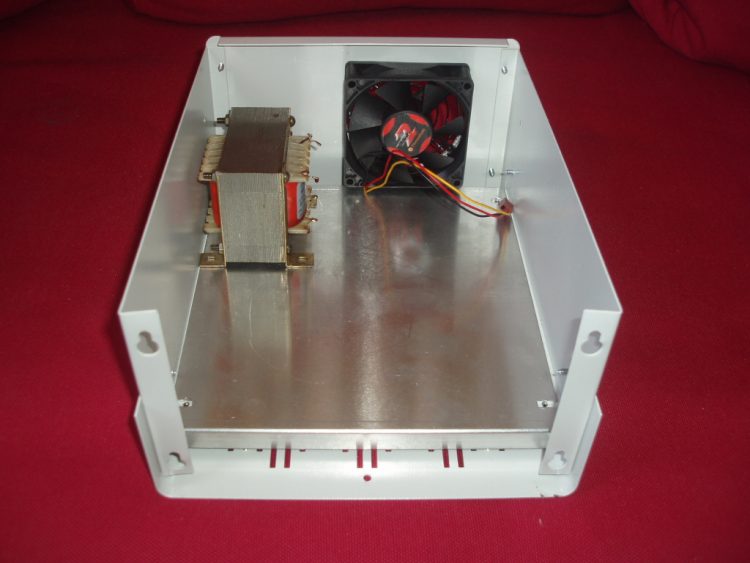 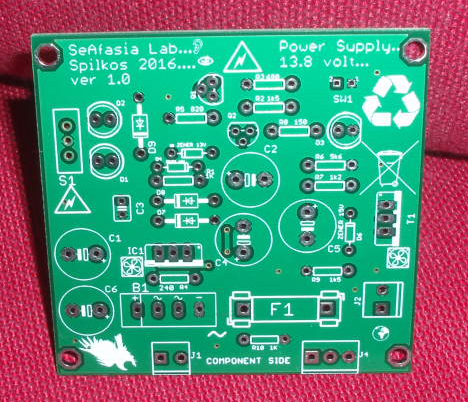 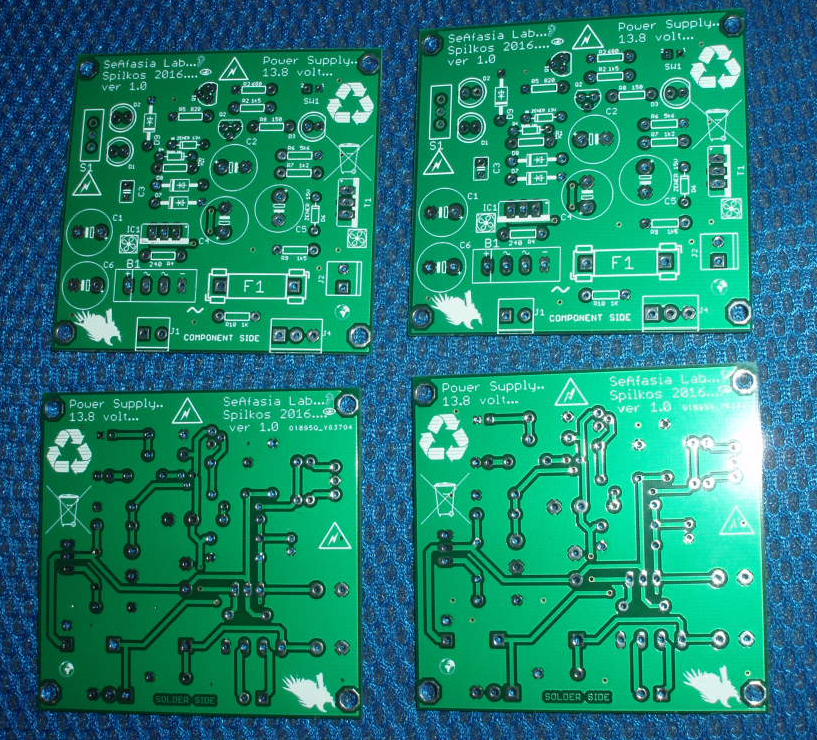 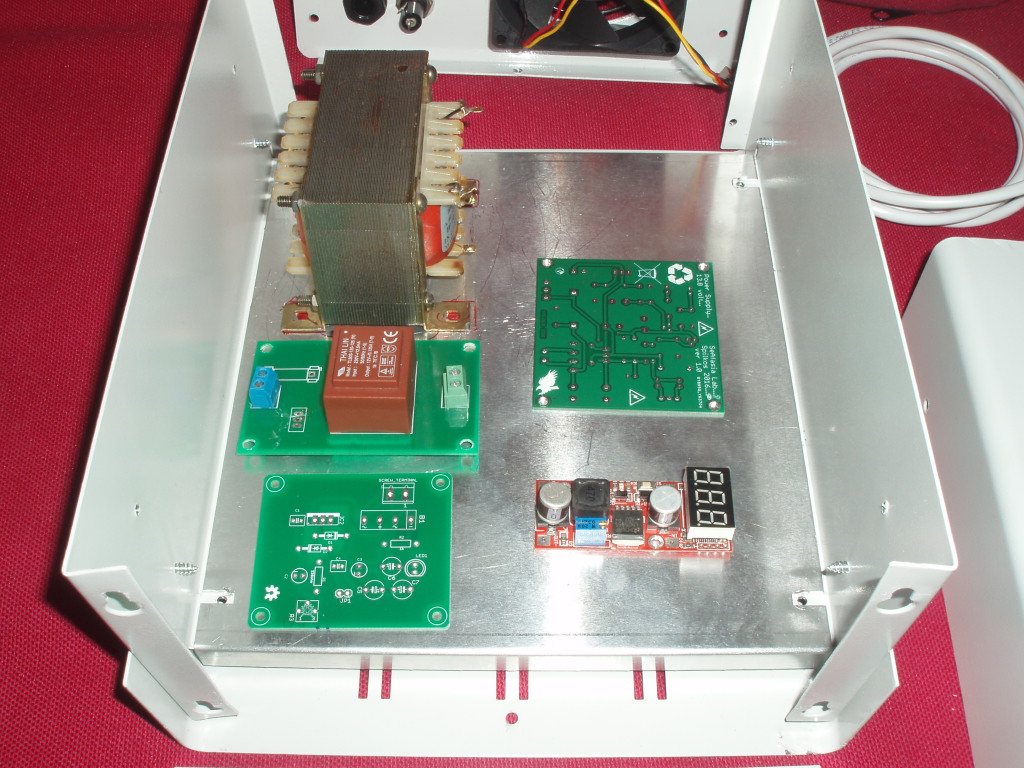 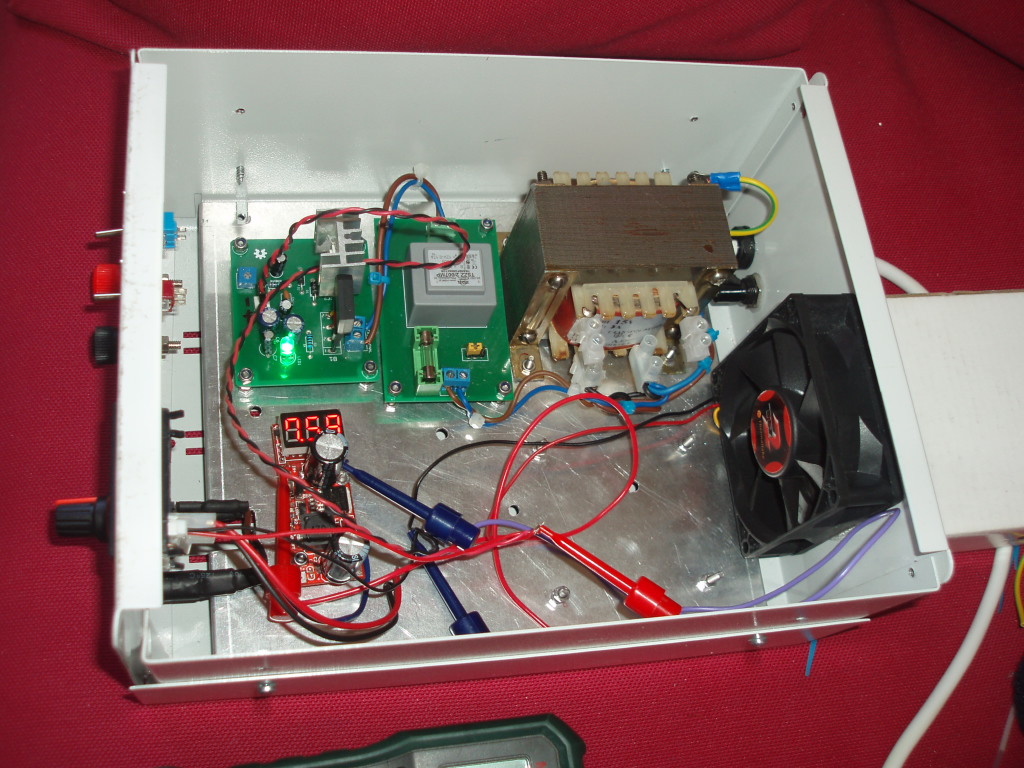 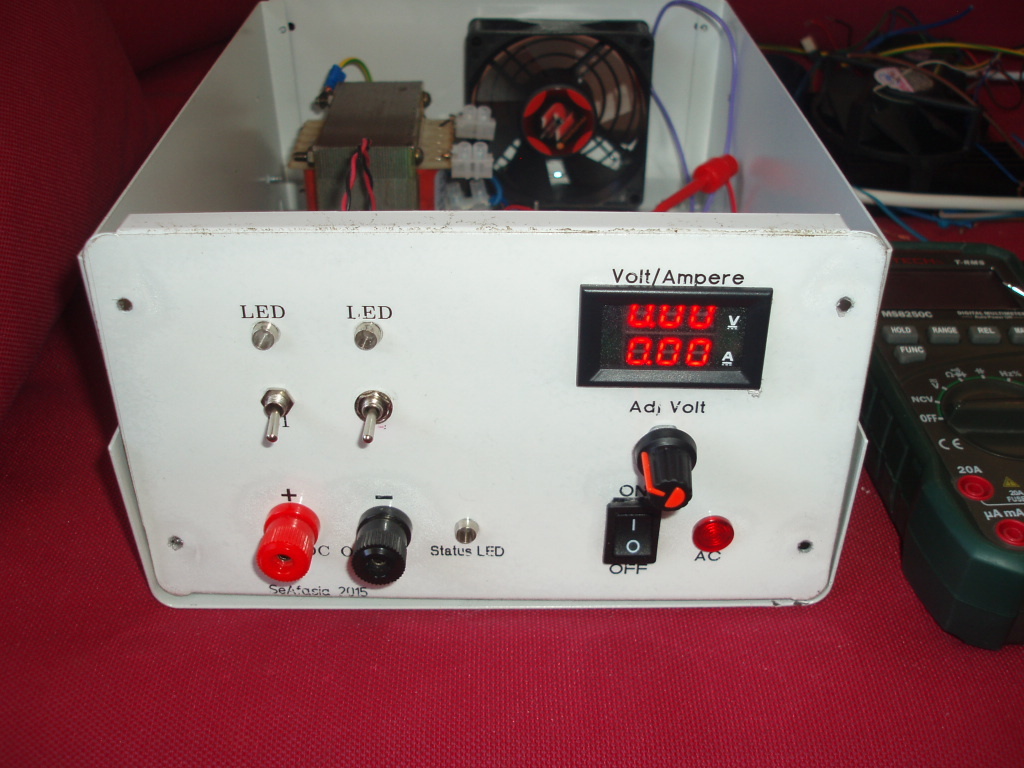 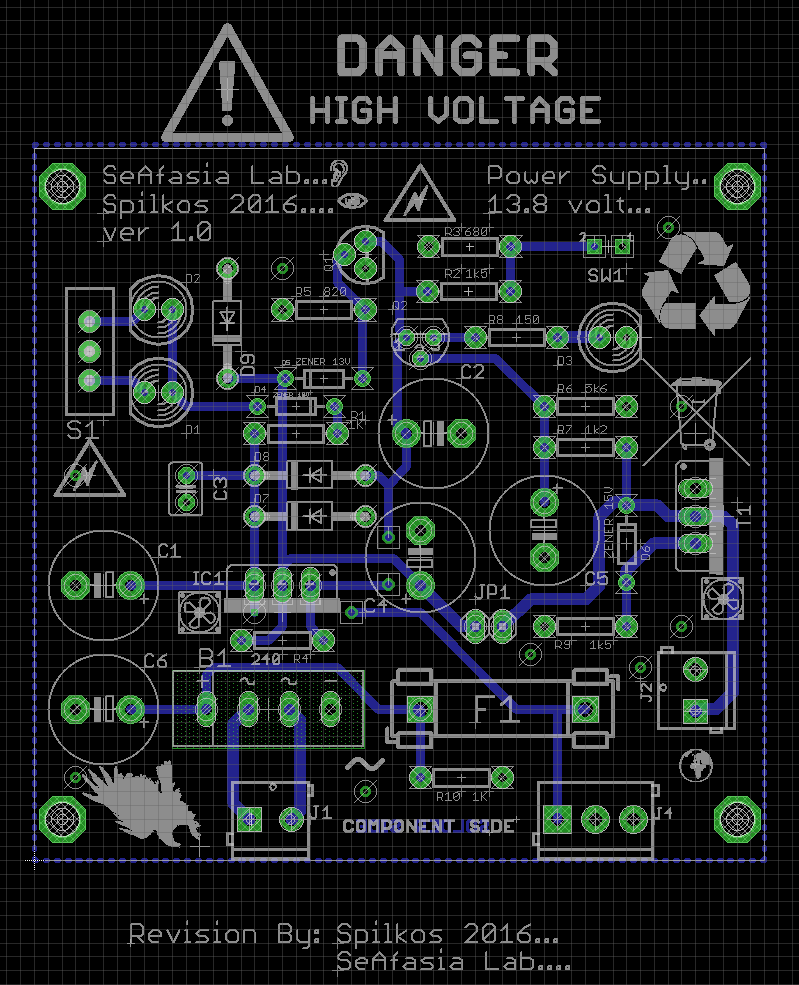 send me the equipments used if u please

I would suggest to open the Eagle files and view each component value and reference.