Arduino (Atmega328p) on a Breadboard

Hi guys, for today’s tutorial, we will be building an Arduino on a breadboard. The Arduino on breadboard is basically a bare bones arduino, featuring only the micro-controller as the major component, without all the other parts that makes up the Arduino, like the USB port, the on-board serial to usb converter, voltage regulators, etc, most of which are sometimes not needed in a project after programming has been done. 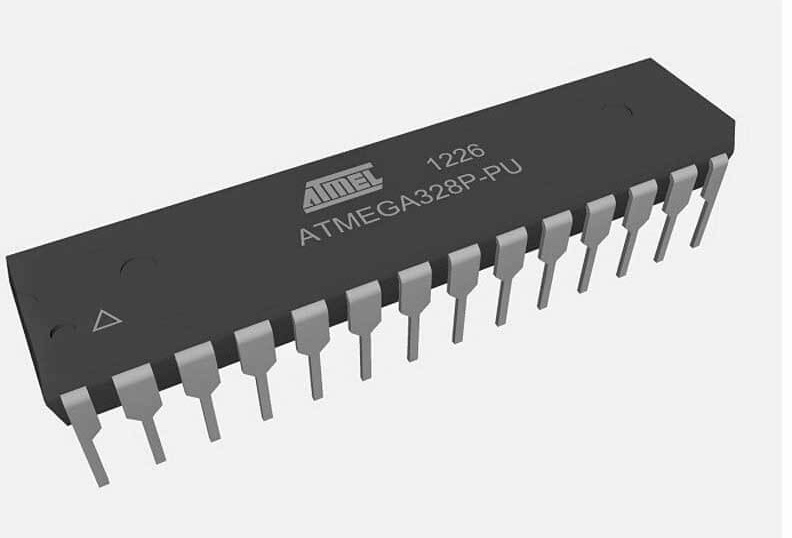 This project is very easy and shouldn’t take a lot of time to implement, but before we proceed to the tutorial, its important to explore some of the benefits and reasons for this project, especially when we could get a cheap “alternative” in the Arduino pro mini for less than $2, if size was the only benefit.

Some benefits of the Arduino on Breadboard are listed below with the most important one for me being the second one as optimizing power for devices is very important in design.

The following components will be needed to build this project;

Connect the components of the Arduino on breadboard as shown in the schematic below.

With the circuit and power connected, you should see the led start blinking.

It should be noted that the maximum voltage which should be applied to the VCC pin of the atmeg328p microcontroller is 6v and this should be avoided, as the advisable working voltage is between 3.3V and 5.5V. 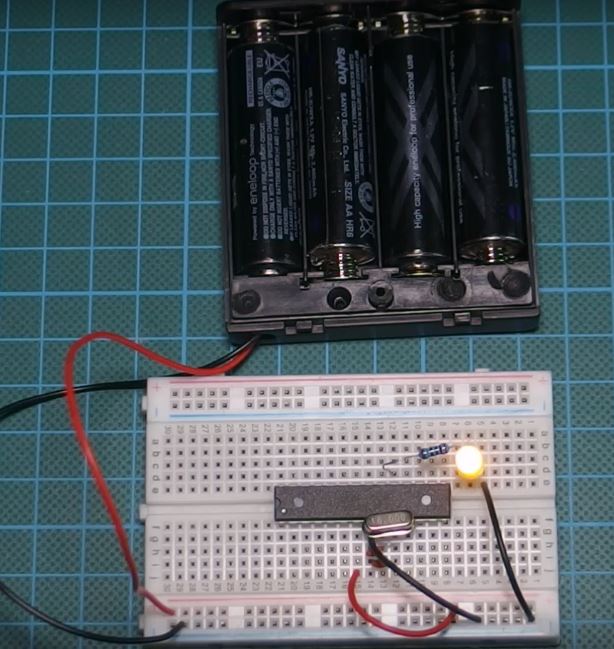 Connect the USB to serial converter module to the Arduino on breadboard circuit as shown in the image below.

USB to Serial – Arduino on Breadboard

With the connection all done, connect the setup to your computer and open the arduino IDE.

To upload code to the Arduino on breadboard, after writing your code (For the purpose of this tutorial, we are modifying the blink example), go to the tools section and select board type. For the arduino on breadboard, the matching board type is “Arduino Duemilanove or Nano w/ ATmega328”, select this alongside the matching com port and you are ready to upload to the microcontroller as normal.

This section exists just in case you are interested in our code. As mentioned earlier, its a modified version of the Arduino blink program but features the Lowpower.h Arduino library.

The arduino low power library is a lightweight power management library for the arduino which allows the arduino peripherals like the ADC etc be turned off to conserve power. The library has different functions with different operation modes and may be worth exploring. it can be downloaded from here.

The first thing we do in the code imports the low power library which allows us to do everything that has been said about it in the previous paragraph, after which we proceed to the void setup where we do just one thing; set the pin 13 as an output.

Next is the void loop where the real action happens, we instruct the microcontroller via the lowpower.powerdown() command to go into sleep mode, for 8s, turning off the ADC and other peripherals.

As soon as the microcontroller wakes up from the sleep, it then writes pin 13 high, for 1s and then turn it back low.

The full code is available below and in the zip file attached at the end of the post.

After uploading to your Arduino on a breadboard, you should see the LED come on for one second and go off for the next 8s.

Works right? Yea, here is a picture of ours too working.

So now you can proceed and build several other cool projects using the Arduino on breadboard.

As a proof of the low power consumption rate of the microcontroller when in idle mode, we used the maestech meter to measure the current consumption and got 0.07mA in idle mode. This is far lesser than the consumption by any of the Arduino boards with Arduino pro mini consuming around 3mA and Uno, 30mA in Idle Mode. This shows that you can have an Arduino project like a weather station for example, that could last for years running on batteries and this increases the potential of what you can do with the Arduino platform drastically. 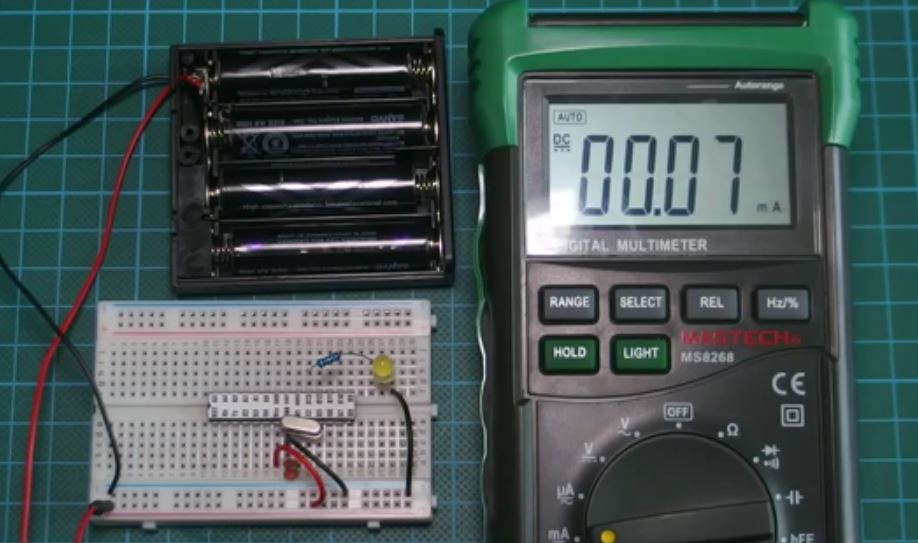 That’s it for this tutorial guys, don’t forget to leave questions, and comments, in the comments section of the tutorial.

Till next time, Keep Building!

The youtube video for this tutorial is available via the attached link, here.