This is a fun-loving project based on the Arduino platform. The project creates color light effects with sound level sense by an onboard condenser microphone. The project consists 20 x WS2812B RGB LEDs, an Atmega328 micro-controller, condenser microphone along with pre-amplifier, RCA connector, and trimmer potentiometer to direct feed audio. The project can be used in fun parties, disco parties etc. Just power the board and RGB LEDs will create different colors as per sound level. Board has the option of direct audio input or sound sense by the microphone, users may change the Arduino example code as per requirement or write their own code.

The default Arduino code works with the microphone as the sound sensor. The project also works with direct audio signal input. In this case use RCA connector J1 to feed the audio, trimmer potentiometer PR1 provided to adjust the audio input signal level. The input audio signal should not be more than 4Vpp (peak to peak.). The audio signal is connected to A1 analog pin of Arduino. Since the project is Arduino compatible, many applications such as sound to light effects, audio to light effects, VU meter, sound level meter are possible with this board.

Arduino example code is available as a download. A new Atmega328 chip requires, Bootloader and Arduino code, follow the links below to learn more about programming the chip. 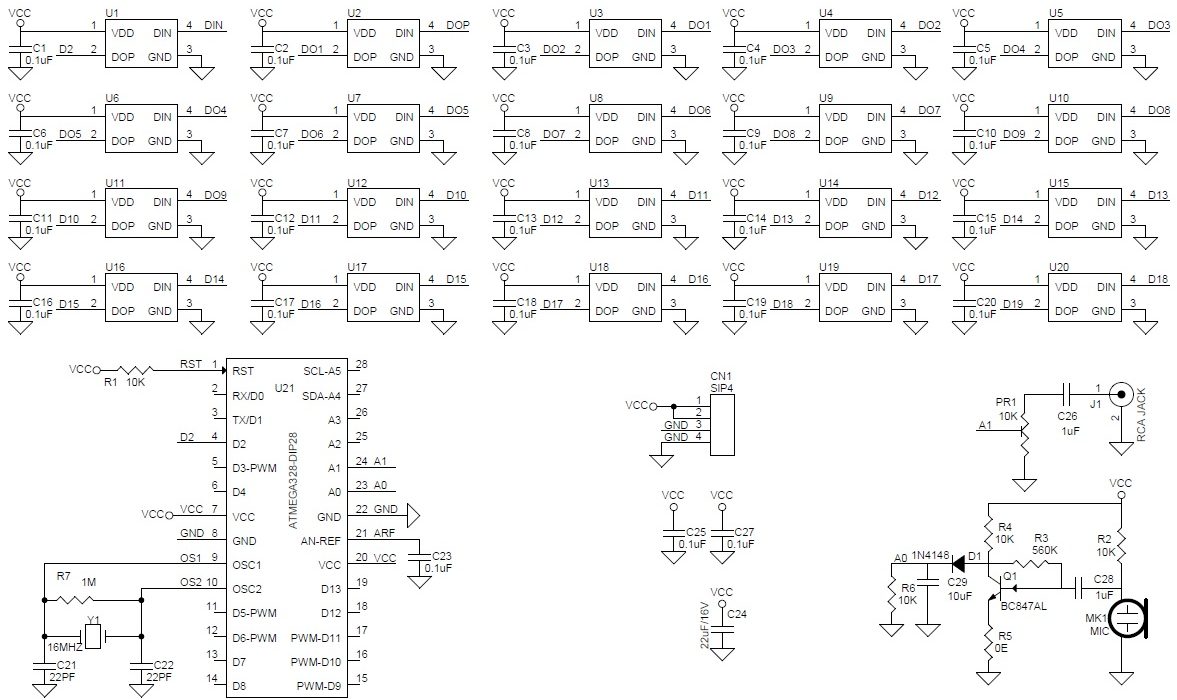 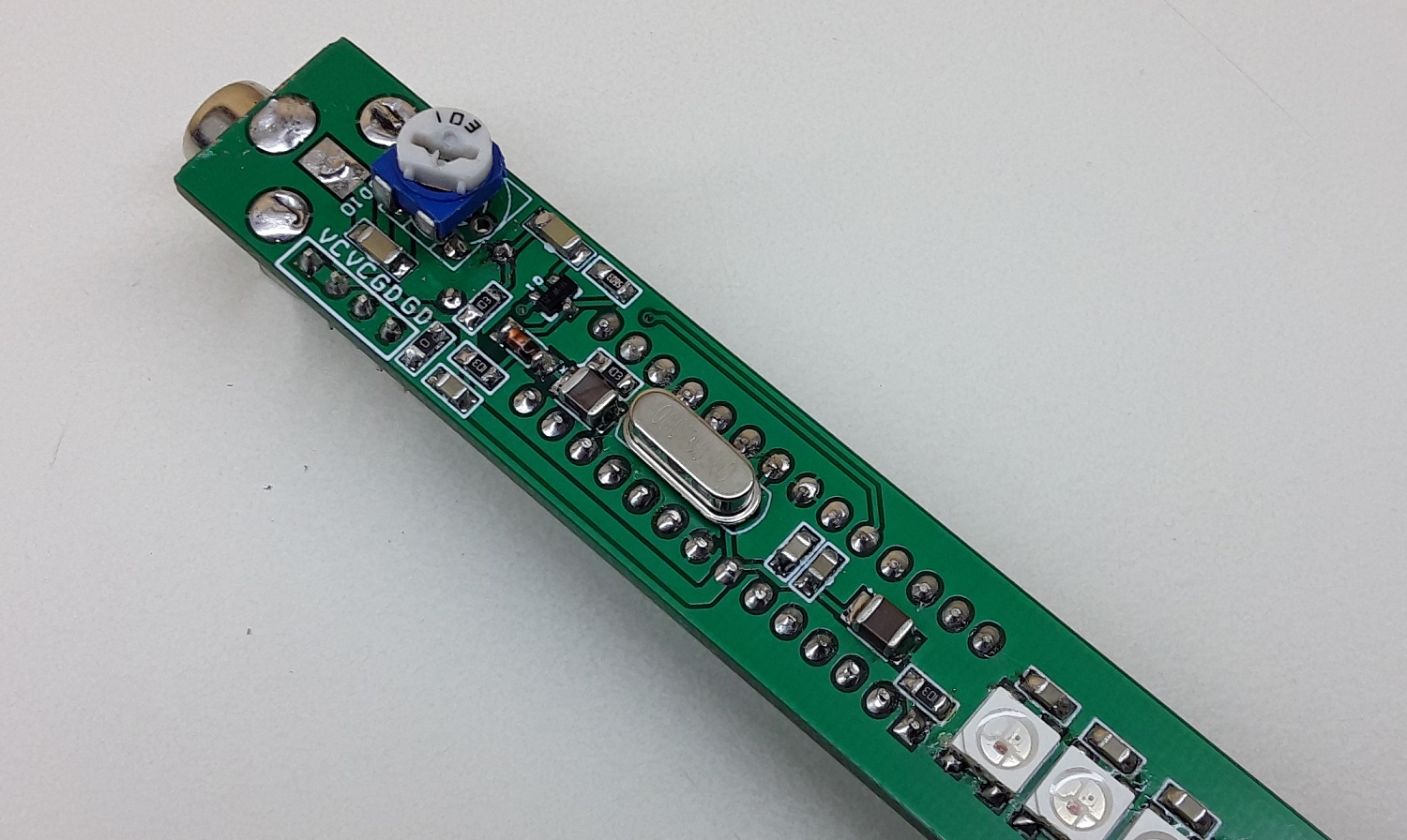