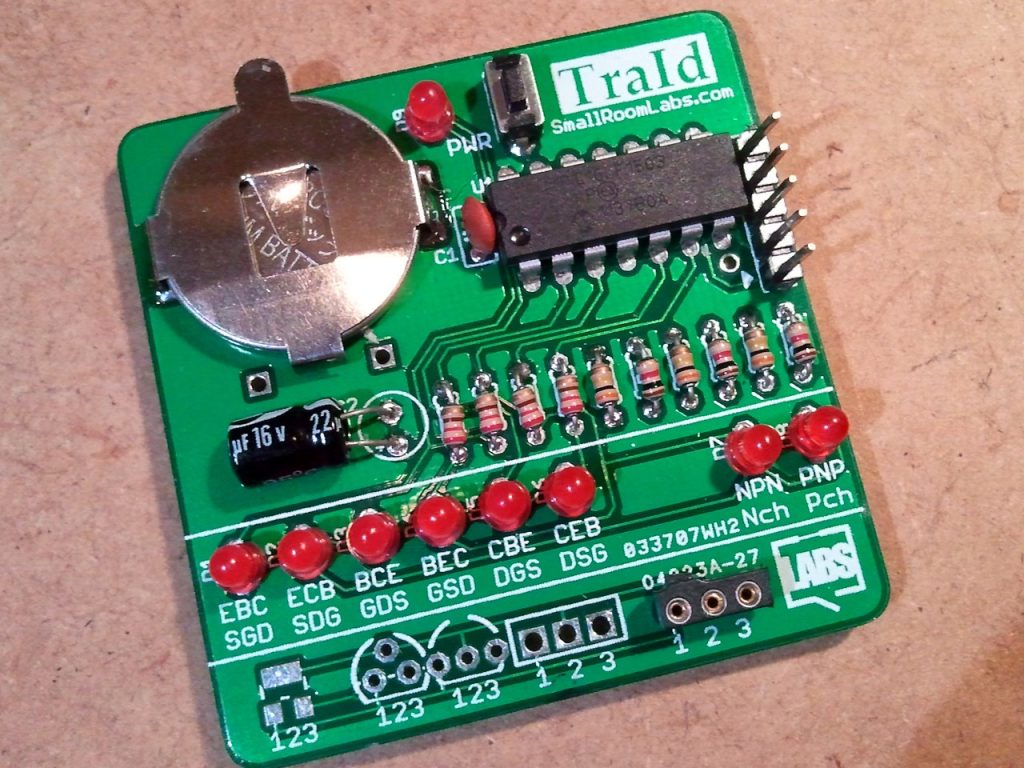 TraId is a simple transistor tester and pinout identifier. It is able to test bipolar transistors as well as N-mosfet and P-mosfet. Result are displayed using LEDs driven by a PIC16LF1503 microcontroller.

The board is using a 14 pin PIC16LF1503 (less than a dollar in singles) and runs on a single CR2032 battery. I’m using a 1K and a 300K resistor connected to each of the three transistor pins, putting out either 0 or 3 volts via the resistors and analyzing the resulting voltages using the PIC ADC.

The firmware, written in C, uses 1.3K of the available 2K so there’s room for some more additions and improvements down the road.

There’s no power switch on the board, the PIC simply goes into deep sleep after a while and is awakened by a press on the reset button.

The pic have a spare pin connected to the via below pin 7. I have it connected to a 2×8 LCD with a 1-wire serial “roman black” backback as described in this thread. 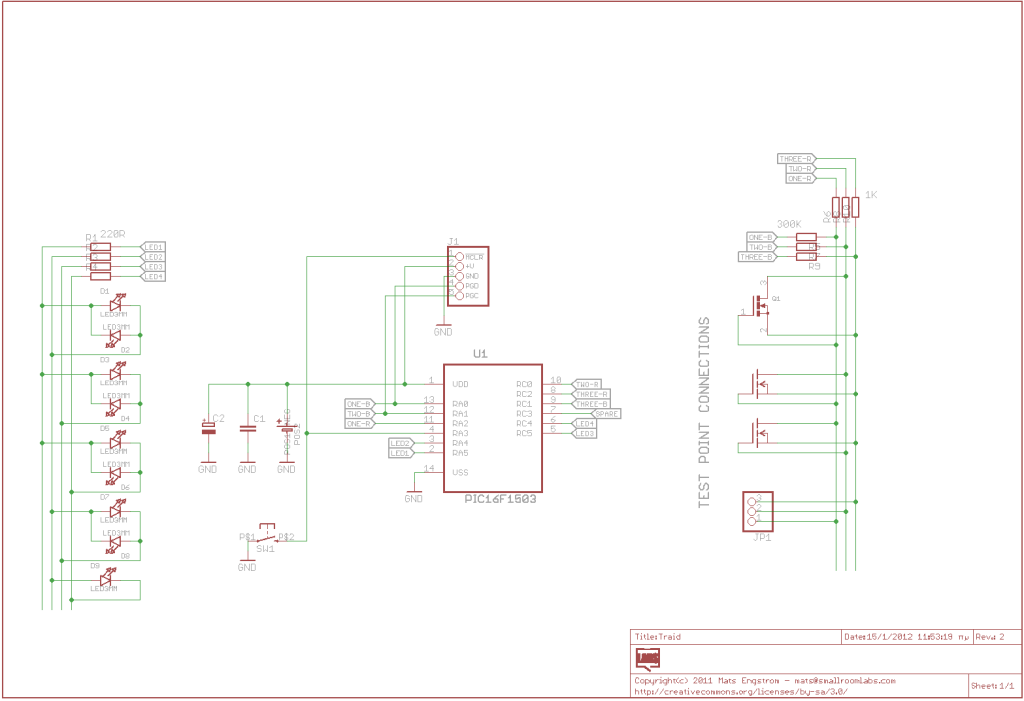 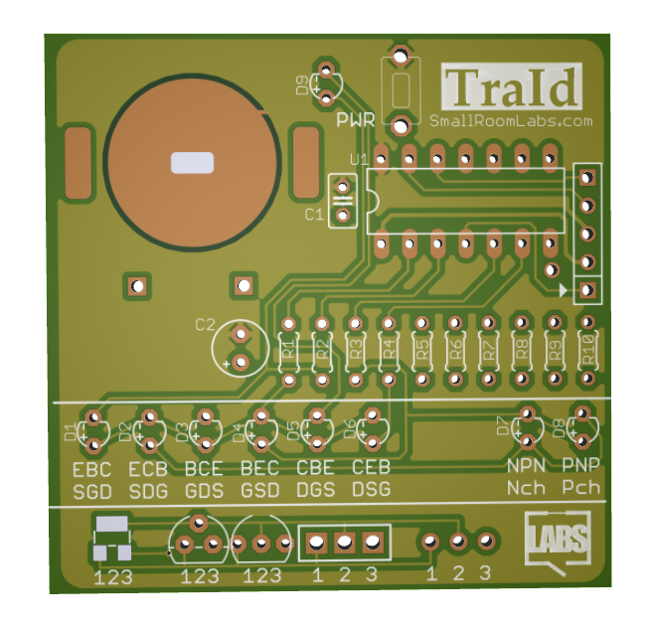 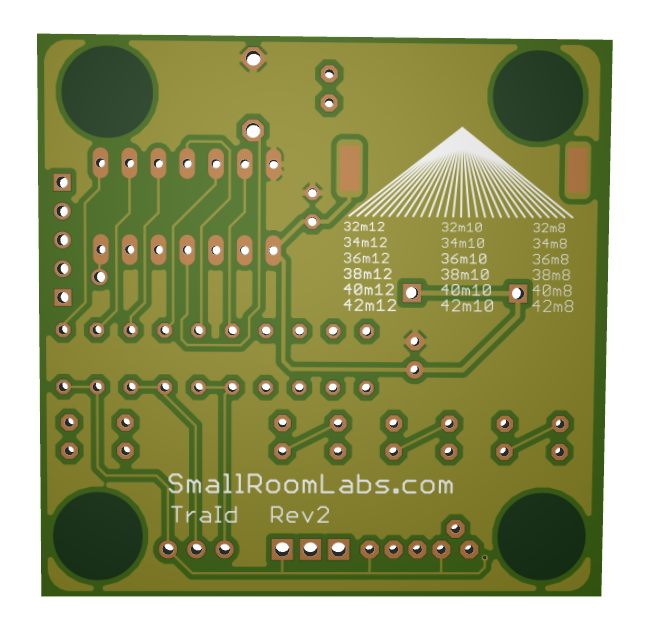 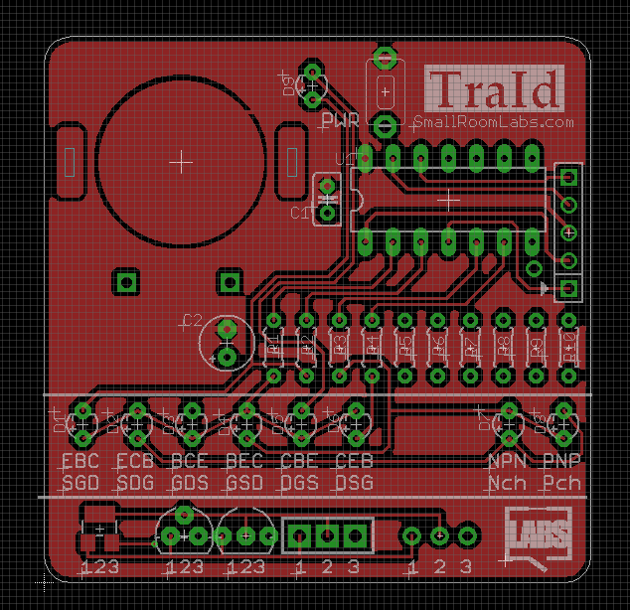 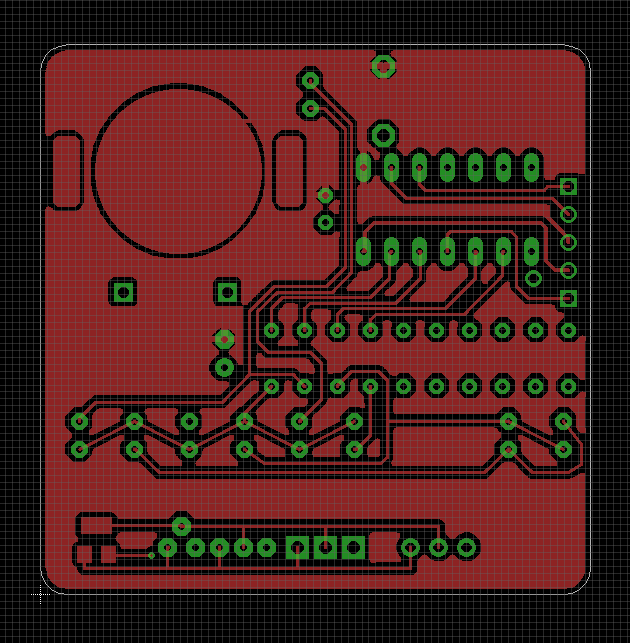 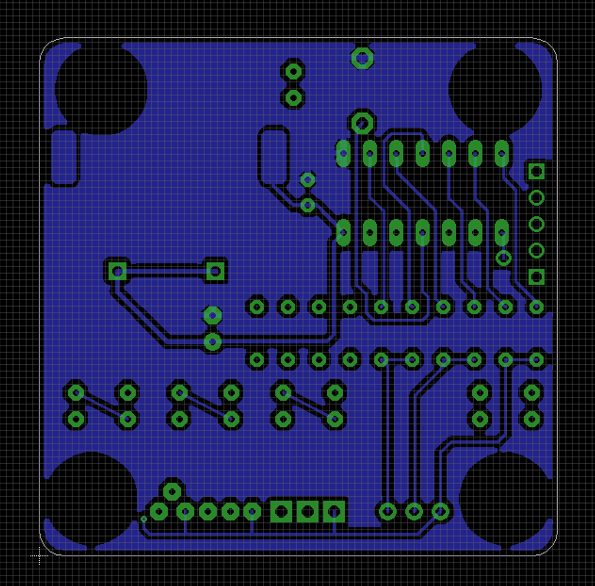 What is the materials required

This is an unfinished project – please check here https://github.com/SmallRoomLabs/TraId for the latest files.