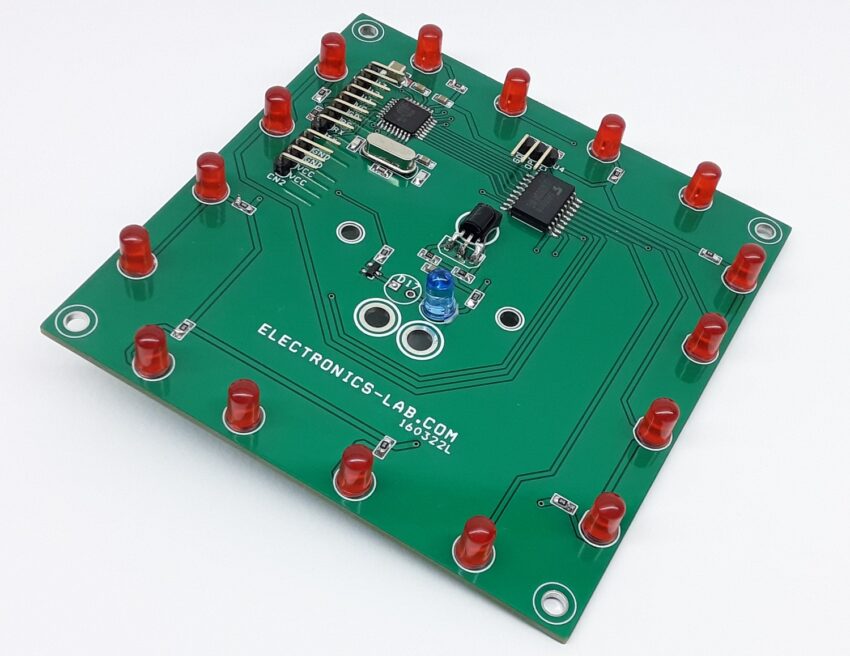 The project demonstrated here is an IR proximity sensor-based LED light, mainly designed for interactive coffee tables, but also can be used as single interactive light. The table can be made with multiple of these PCBs. Multiple tiles can be used as shown in the image below, each tile will light up when an object is placed over the sensor. Only the LEDs that are to the sensor area will light up. The project is Arduino compatible and consists of an ATMEGA328 chip, 16 x 5mm LEDs, ULN2803 multi-output driver for LEDs, IR Sensor, 5mm IR LED, and BC847 BJT transistor. The operating supply is 5V DC @ 200mA current.

Note 1: It is important to use an original IR LED and IR sensor from Vishay, as cheap sensors have lots of noise and cause abnormal behavior. Especially black sleeve/cover is required around the LED so IR emissions do not leak and hit the IR sensor directly.
Note 2: The user may replace the LED with green, blue, yellow, orange, or white. In this case, consider the voltage and current of LEDs, and choose the appropriate LED series resistor as per the LED datasheet.
Note 3: The project may be used for other LED light applications as well, that’s why all 8 LED groups kept independent to create multiple light effects and colors.
Note 4: Optional U4 connector provided for Analog sensor input, in case of external sensor interface is required.

Arduino Pins and Other Connections

Sample Arduino code is available as a download. The ATmega328 chip generates 38Khz pulses which drive the IR LED using a BC847 transistor, IR sensor is installed close to IR LED, When an object approaches the IR light, it reflects and falls on the IR sensor. IR sensor sends the signal to the ATMEGA328 chip and it drives all the outputs high, thus all LEDs are ON and continue in the same state until the object is removed. Refer to the connection diagram for bootloader burning and programming the ATMEGA chip with help of Arduino IDE. Users may write their own code as per requirements. 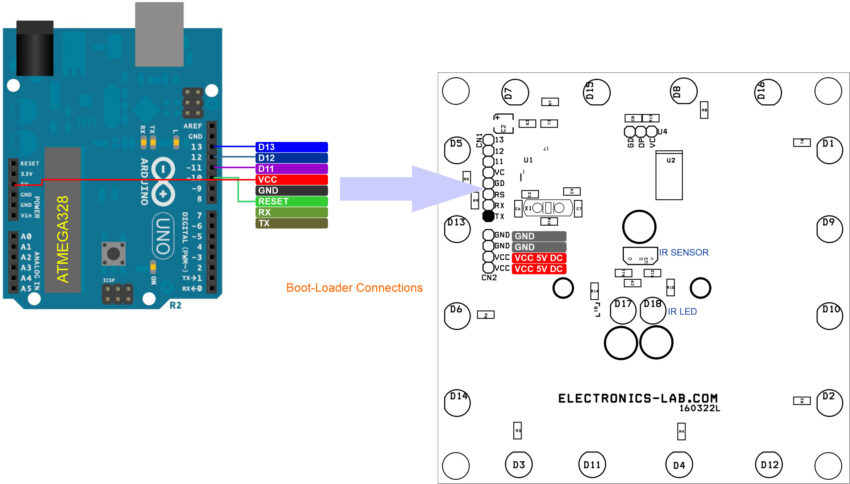 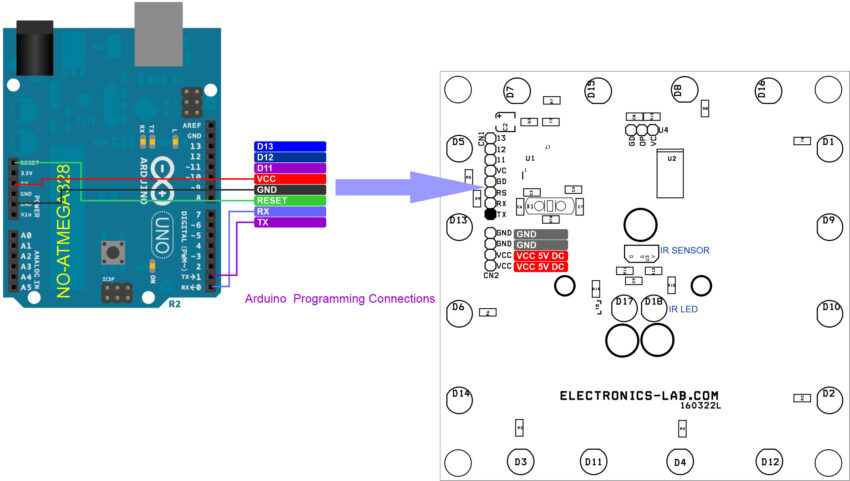 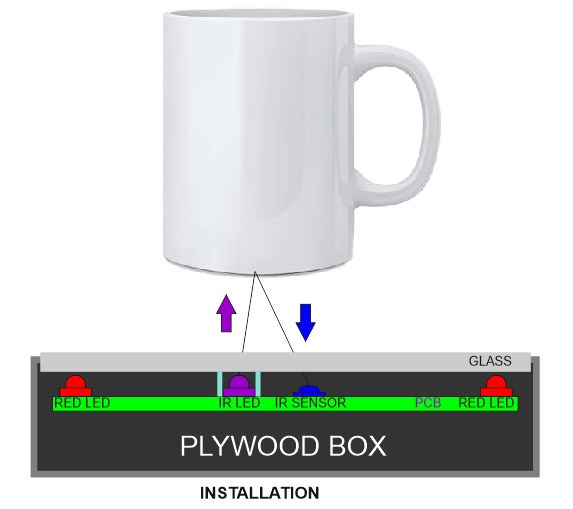 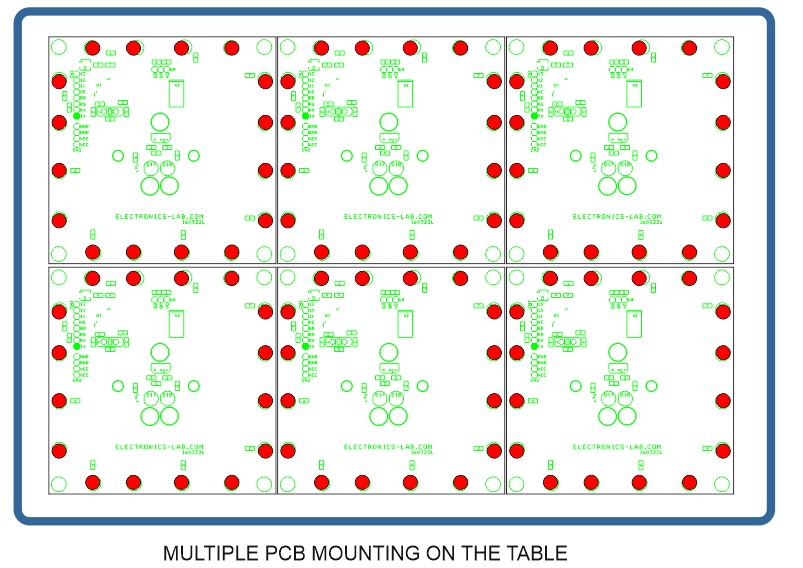 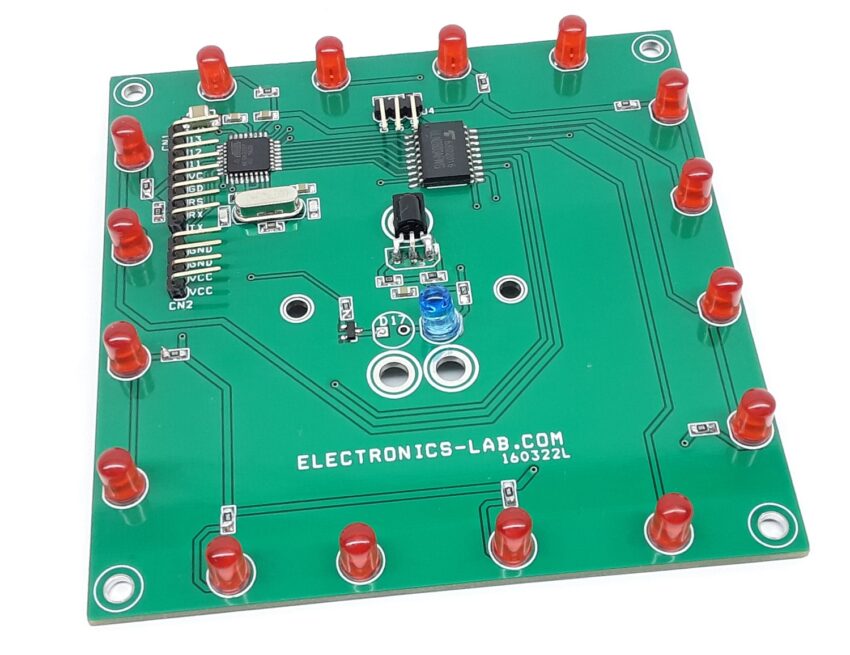 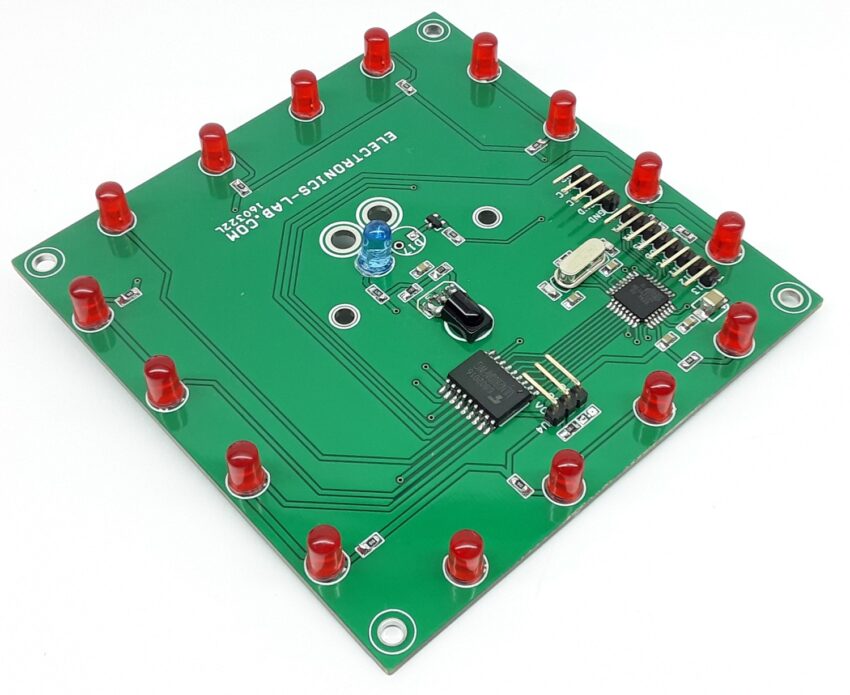 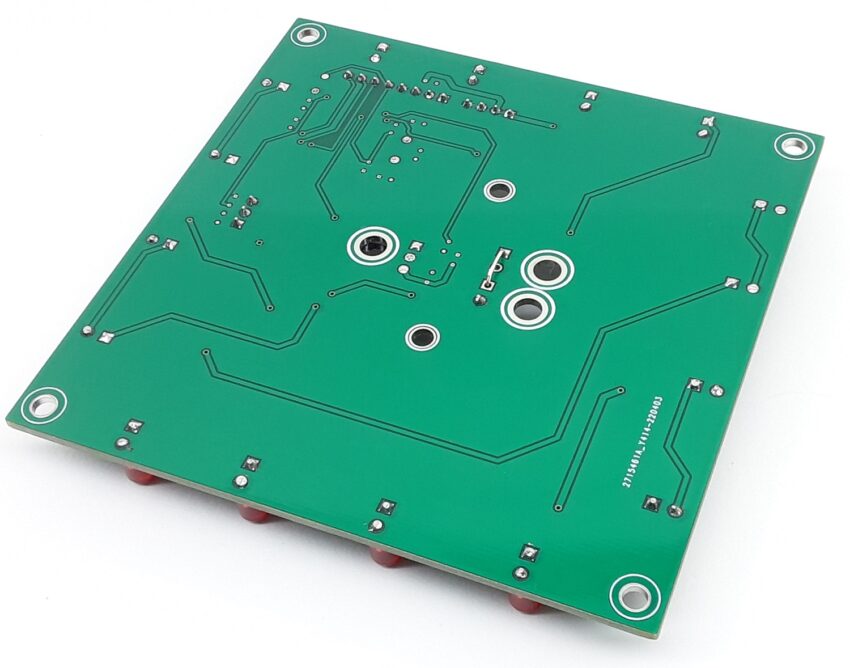 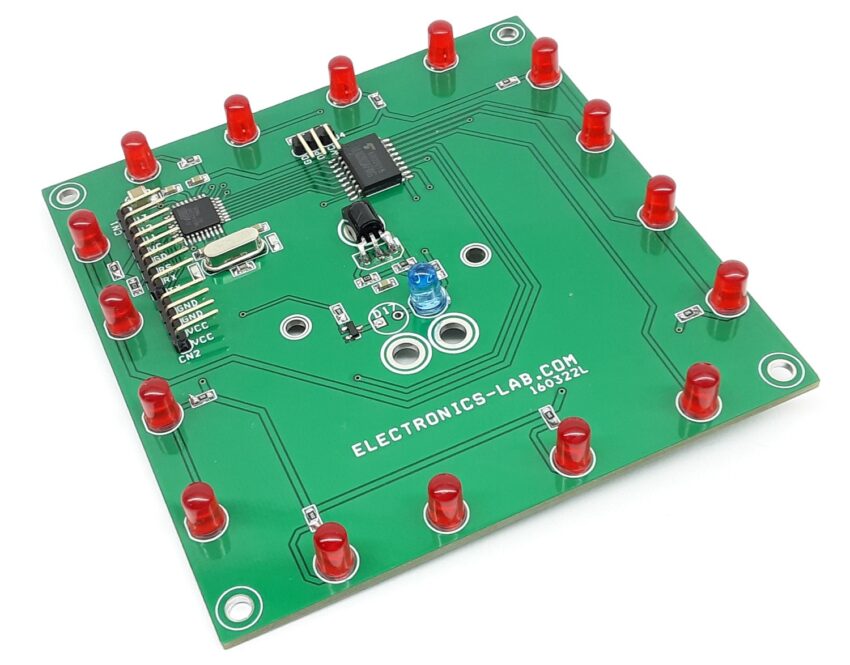 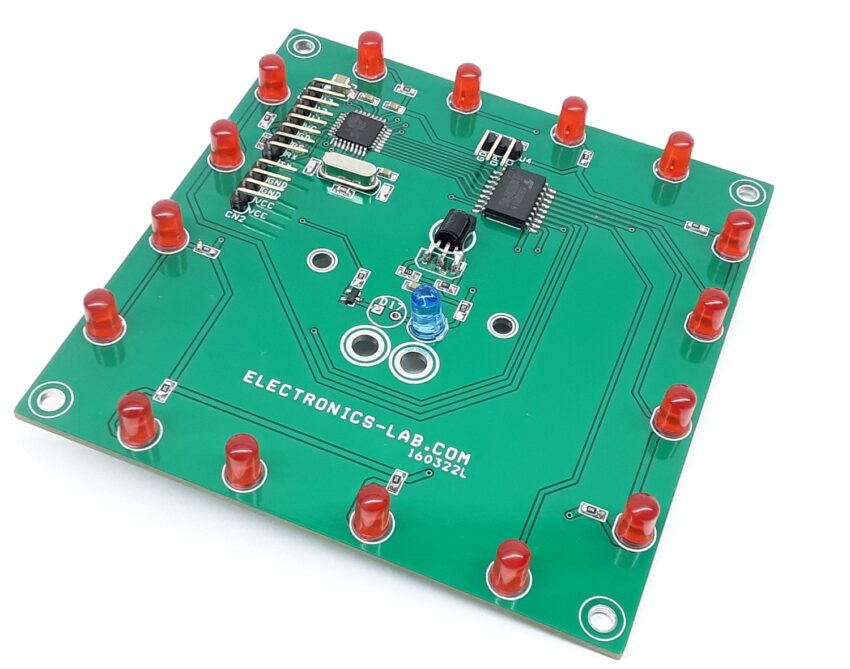 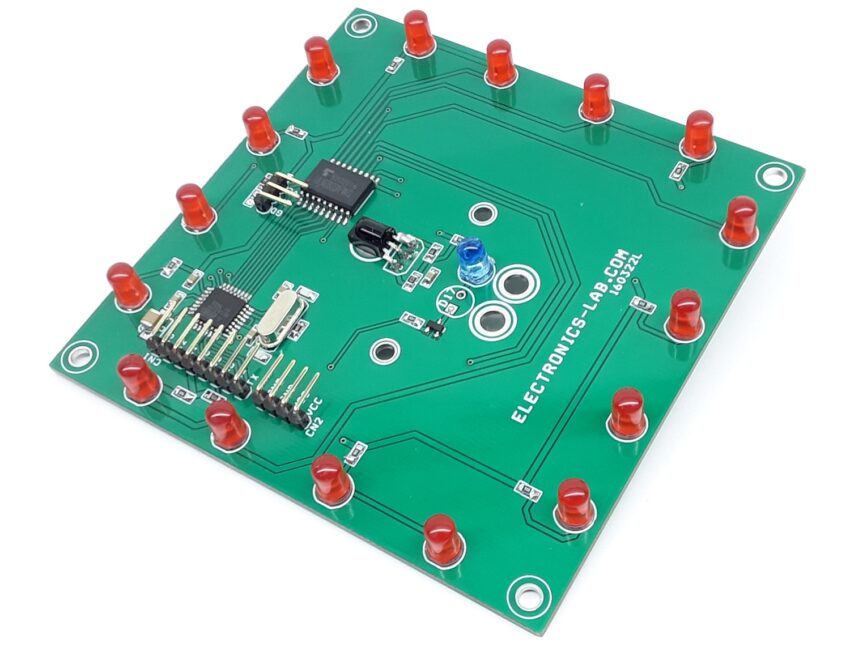 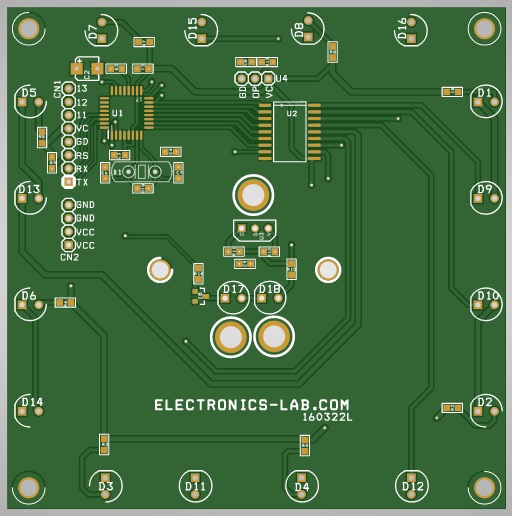 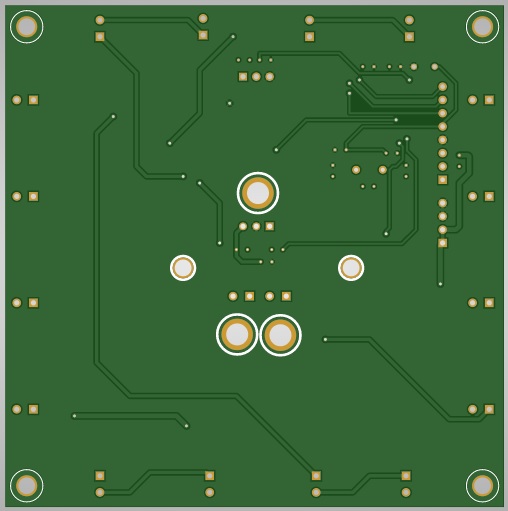 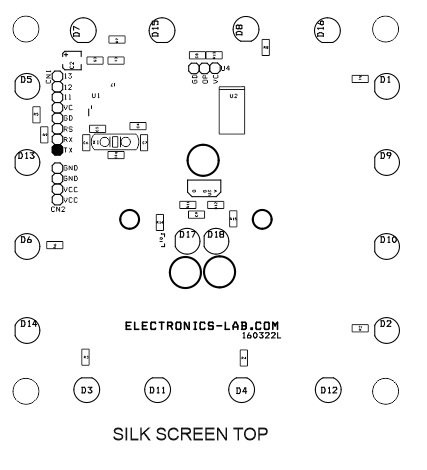 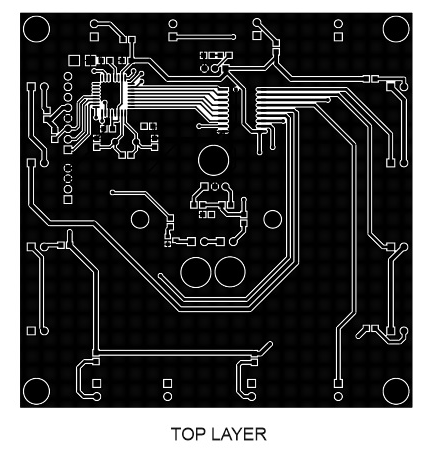 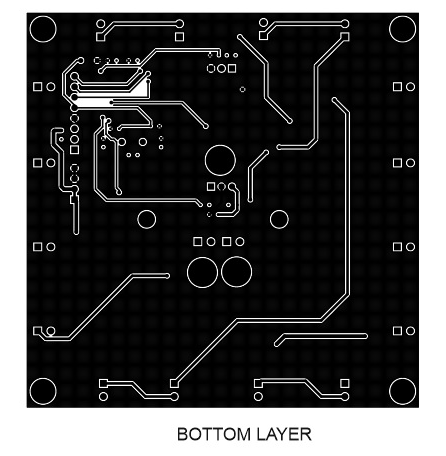