The architecture of digital systems is designed for 8, 16, 32, and 64-bit, etc. binary numbers and the presentation of these numbers in zeros (0) and ones (1) become quite confusing and complex. The reading and writing of larger binary numbers could lead to errors and information may become doubtful, indeed. The representation of larger binary numbers can be managed by using a higher base value numbering system which will accommodate more value in single-digit compared to the binary digit (bit). The octal (base-8) digit can use eight (8) numbers (0 to 7) and can accommodate a 3-bit binary number. The 3-bit binary number is quite small and not suitable for 8, 16, 32, and 64-bit architectures, etc. Likewise, the decimal number is suitable to represent a 3-bit binary number but wastes two (8 & 9) number values. In other words, an octal numbering system is more suitable compared to decimal (denary) numbers when it comes to representing binary numbers.

A suitable and appropriate numbering system is one that could accommodate a 4-bit binary number. As we know, a 4-bit number can hold sixteen (16) values (two raised to the power of four). This requires a numbering system having a set of sixteen values i.e. from 0 to 15. A digit of decimal has a range of numbers from 0 to 9 and above numbers such as 10, 11, 12, 14, and 15 cannot be represented as it involves the usage of previously used numbers. In hexadecimal, the values above nine (9) are represented by English alphabets such as A, B, and C, etc. Usage of these alphabets overcomes the problem of number repetition for ten (10) and above values. 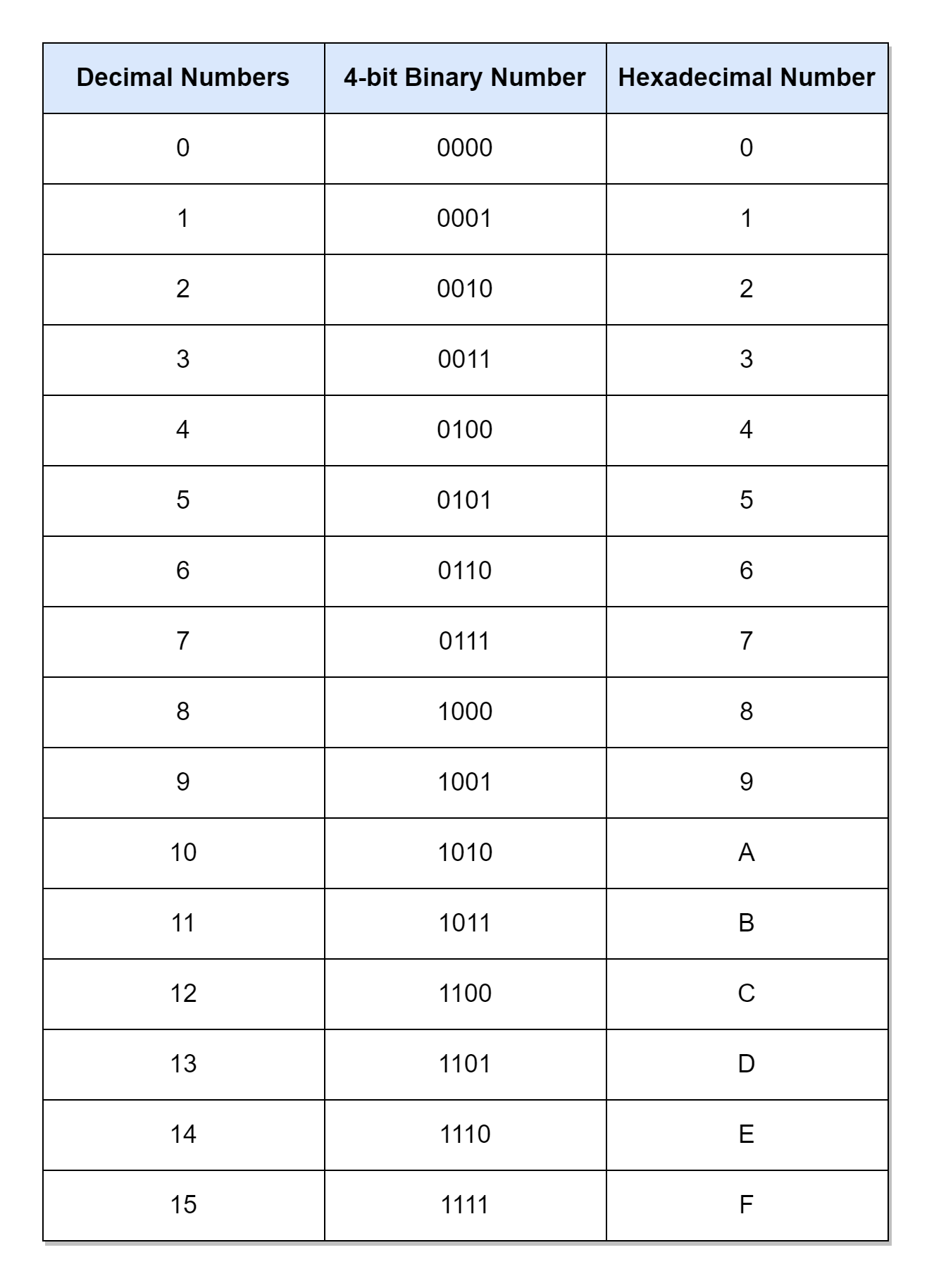 In digital systems, especially when writing programs, a “#” (hash) sign is used after the most significant digit to denote the hexadecimal value. For example, the above hexadecimal number (AC7B16) can also be written as (#AC7B).

Addition of 0’s to a Binary Number

The conversion of hexadecimal to decimal value is achieved by using the weighted sum of digits method described in the previous article. In the following example, a hexadecimal number (#7DE5) is converted to a decimal number. 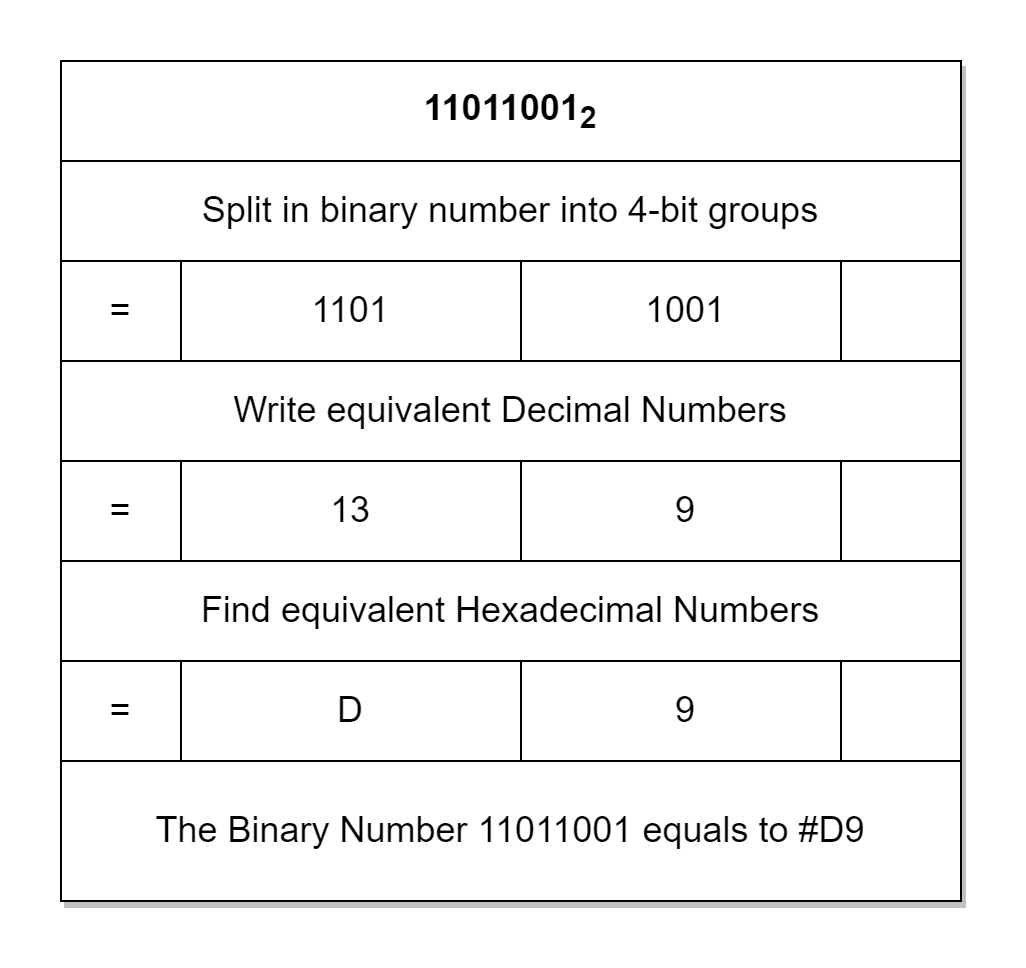 Hexadecimal to Binary and Decimal Example

The conversion of #8C4A to its equivalent binary and decimal number is shown below as an example.