The numbers used in real life for routine financial matters, numeric records, and in mathematical calculations, etc. are either positive or negative in sign. The positive numbers are usually unsigned and do not carry a positive (+) sign. Moreover, a number without any sign is understood to be a positive number. Contrary to this, a negative number is a signed number that is represented by a negative sign (-) on the leftmost side of the number e.g. -12345 or -1234510.

The signed binary number having “n” number of bits uses one (1) bit to indicate the sign and “n-1” bits to represent the magnitude or value. Using the Sign-and-Magnitude notation, the positive and negative value of a decimal number (45) is represented below as a signed binary number. The decimal number can be converted to a binary value by using the repeated-division-by-2 method which is discussed in the previous article.

The range of numbers for an eight (8) bit unsigned number is from “0” to “255” i.e. a total of 256 numbers that can be represented. Whereas, the signed binary number ranges from “–127” to “127” including the middle value of “0”. The number of values represented by the signed number is “255”. Likewise, for the 4-bit unsigned and signed binary numbers the decimal ranges are:

Besides, the sign-and-magnitude notation has two zero (0) values each representing a positive and negative zero.  For example, a sign bit of “0” placed with a “0” value shows a positive zero i.e. 00002. Likewise, a sign bit of “1” placed with “0” values shows a negative zero i.e. 10002. According to sign-and-magnitude notation, both are valid and this occupies one of the number values discussed above.

In the following table, a number of examples are given to represent both positive and negative decimal numbers with their equivalent signed binary numbers. The conversion from decimal to binary number is achieved by the application of the repeated-division-by-2 method. 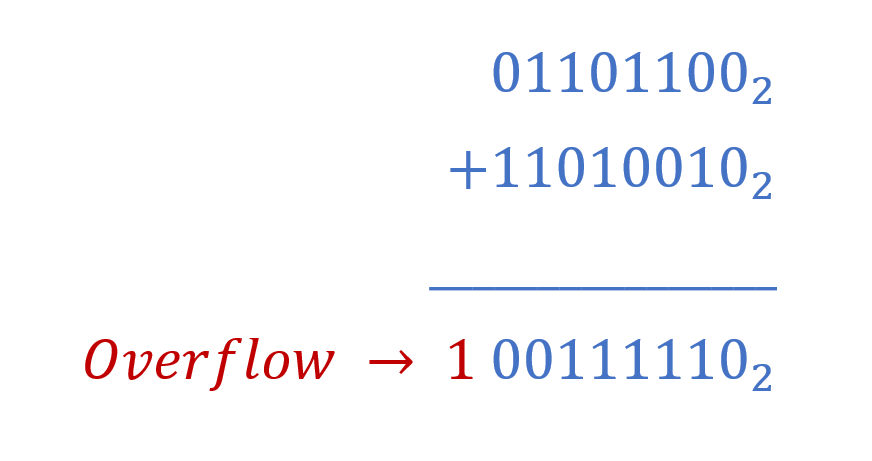 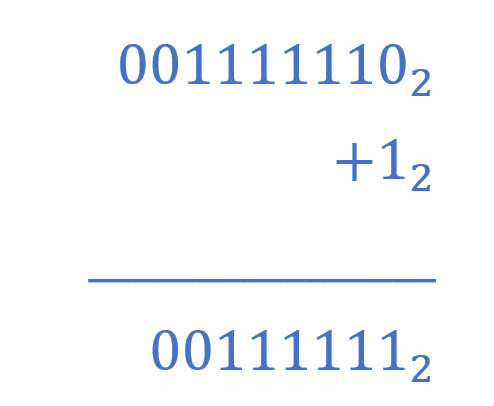 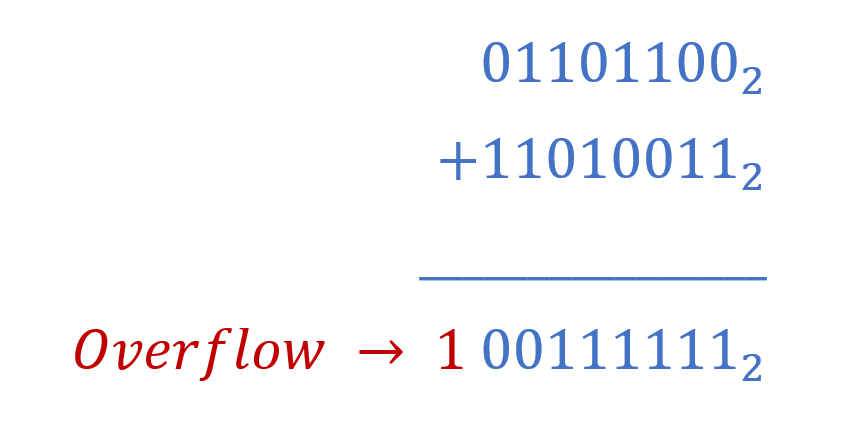 In the following table, a comparison of different methods to represent 4-bit signed binary numbers is shown. 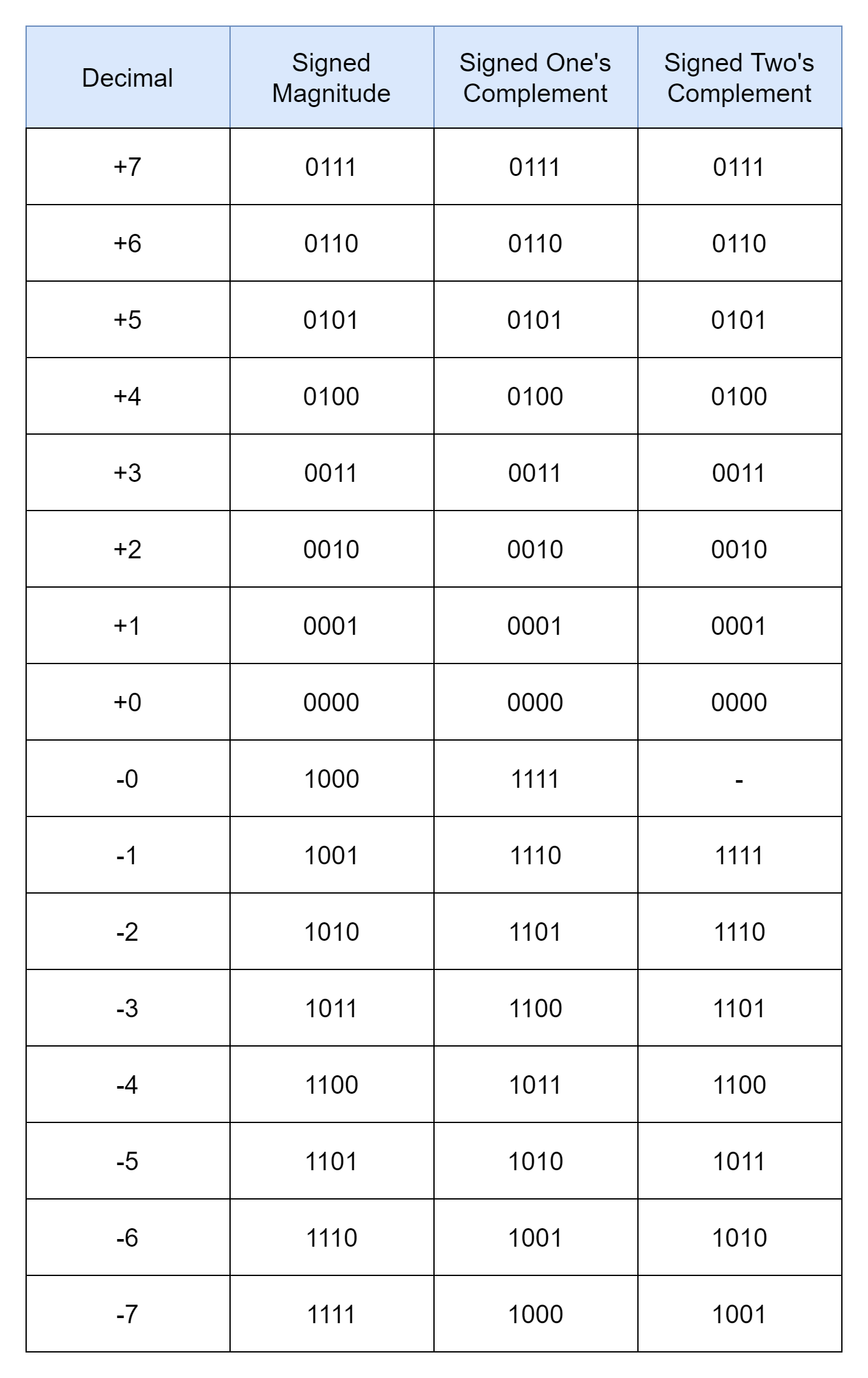