Representation of an Octal Number

The following table lists the decimal numbers from 0 to 7 against their equivalents in binary and octal numbers. 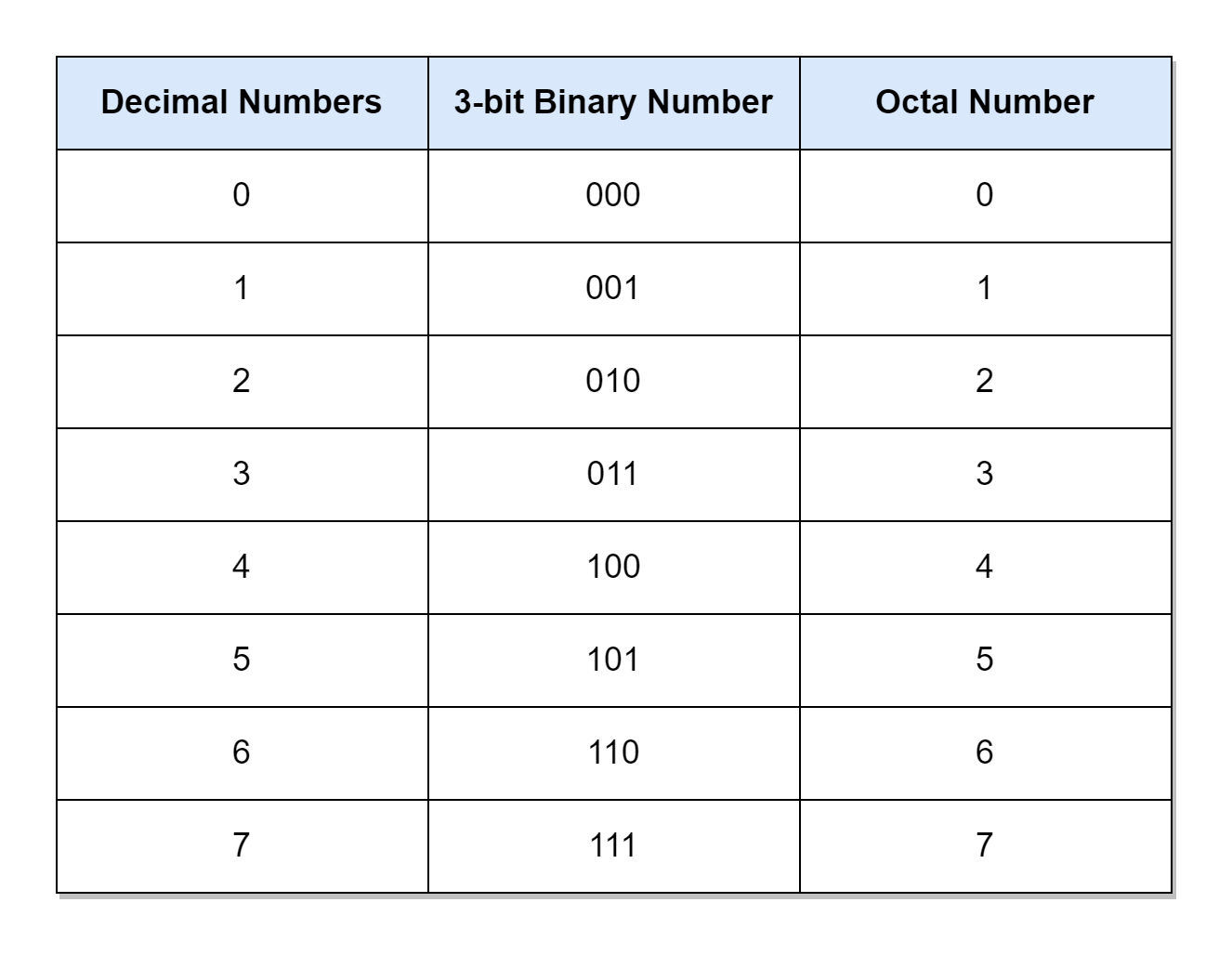 Addition of 0’s to a Binary Number

In the above example, a 13-bit number requires 2-bits having zero values to be added to the left-most side in order to make it a 15-bit binary number. Similarly, an 11-bit binary number would require one (1) zero bit to be added. The usage of octal numbers reduces the length of binary numbers by three (3) times.

The conversion of octal to decimal value is achieved by using the weighted sum of digits method described in the previous articles. In the following example, an octal number (42628) is converted to a decimal number.

The conversion from decimal to octal requires the application of the repeated-division-by-8 method. The same method was used to convert a decimal number to its equivalent binary and hexadecimal values in the previous articles. The decimal number (23810) is, hereby again, used to obtain its equivalent octal number in the following example. 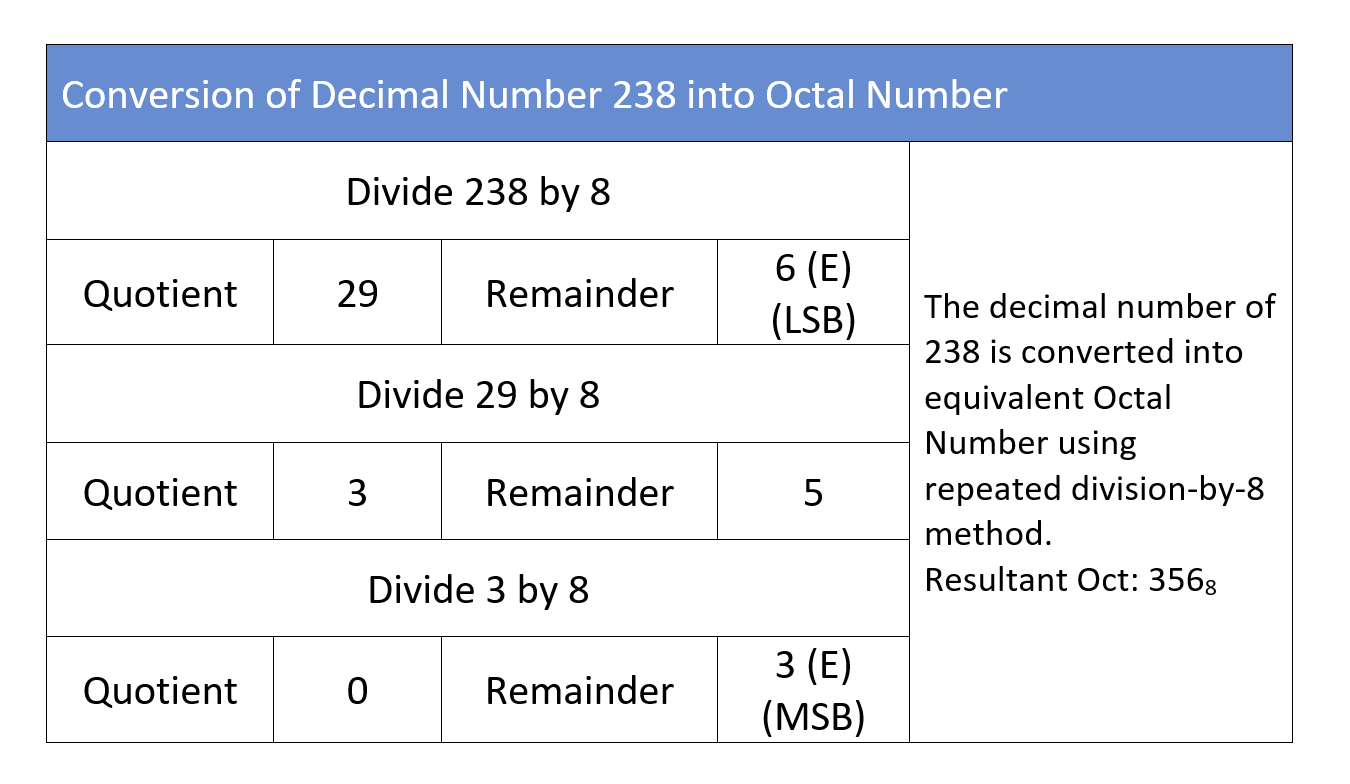 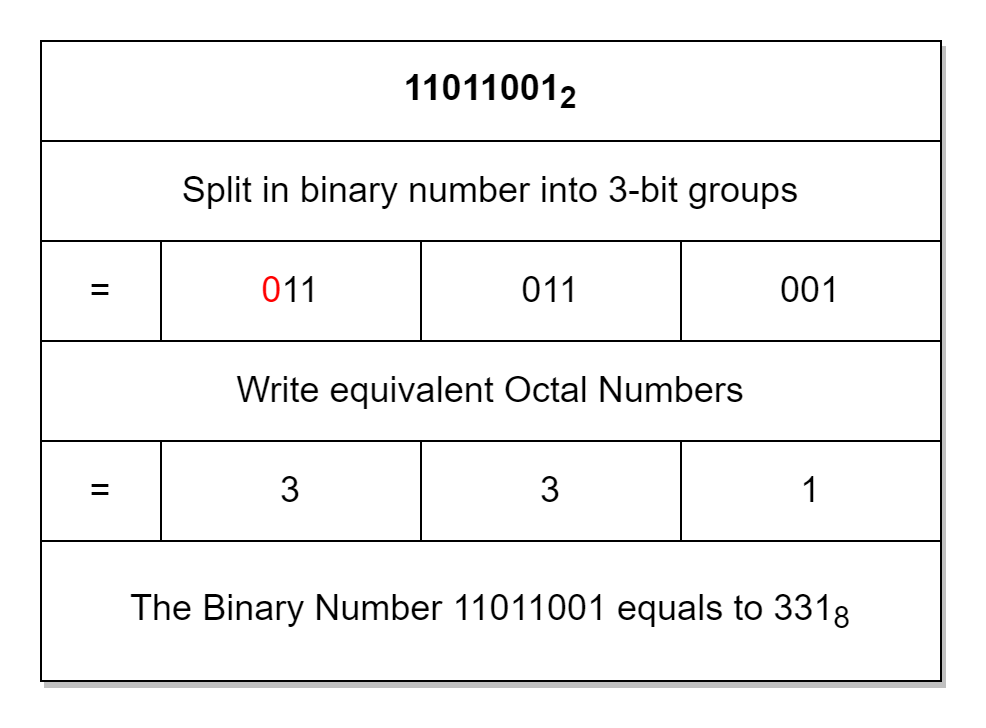 The conversion of (62718) to its equivalent binary and the decimal number is illustrated below as an example.