The number representing a value may have two parts that are an integer and a fractional part. The separation between these two parts is represented by a point (dot). The fractional part represents a value between two integers to express precision. The number can also be represented by just a whole number without a fraction which is merely dependent upon the amount of precision required in presenting the value. The number, with the fraction part, could belong to any numbering system i.e. decimal, binary, hexadecimal, etc.

It is known from previous articles that a given number is a weighted sum of its digits’ values and relative positional weights. This is can be expressed as follow: 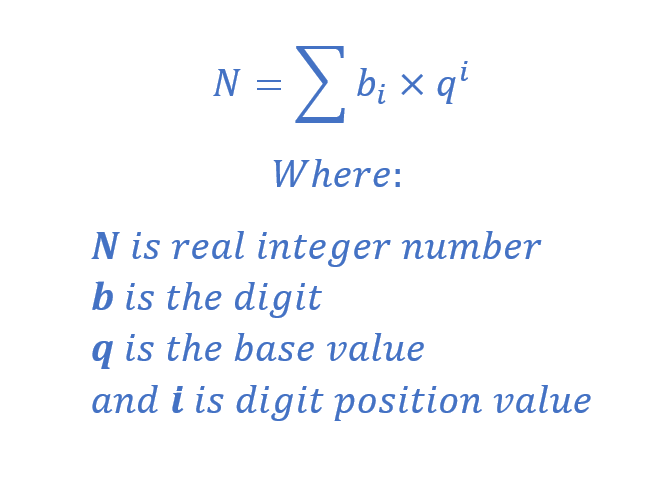 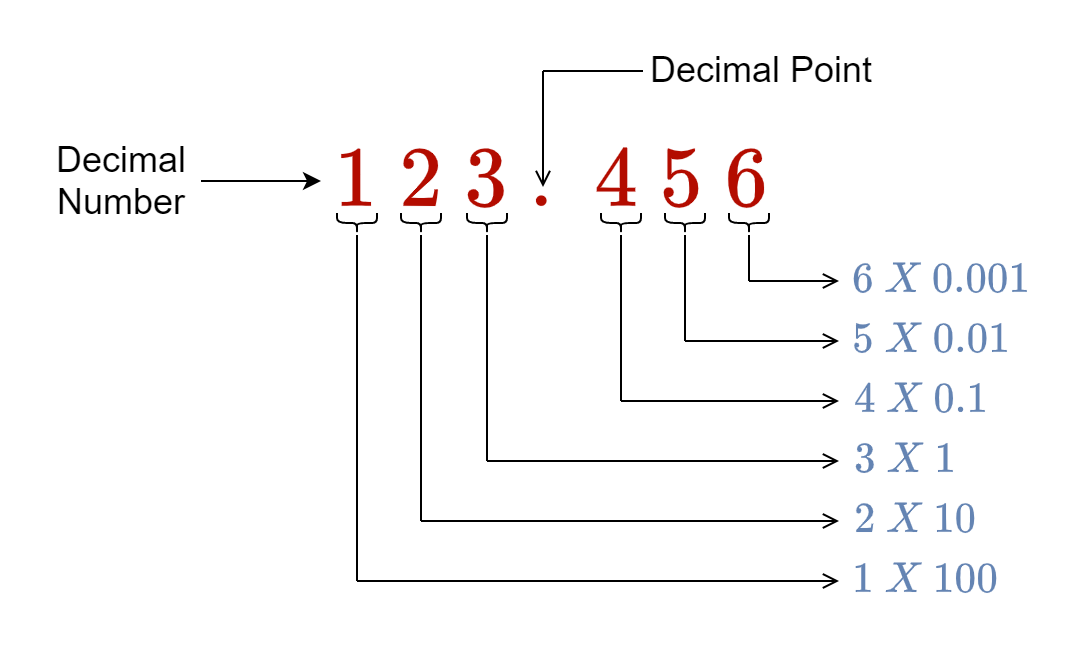 The make-up of (123.45610) using the digit’s relative positional weights is explained as follows:

The concept of positional notation to represent the relative weight of each decimal digit can be applied to other numbering systems. However, each numbering system uses a different base or a multiplier value. For example, the Octal uses a base-8 numbering system, and each positional step increases or decreases the weight by eight (8) times depending on the step direction. Likewise, in binary numbers, each binary digit or bit has a weight difference of two (2) times from the adjacent bit.

The relative positional weights of binary digits are explained further as under: 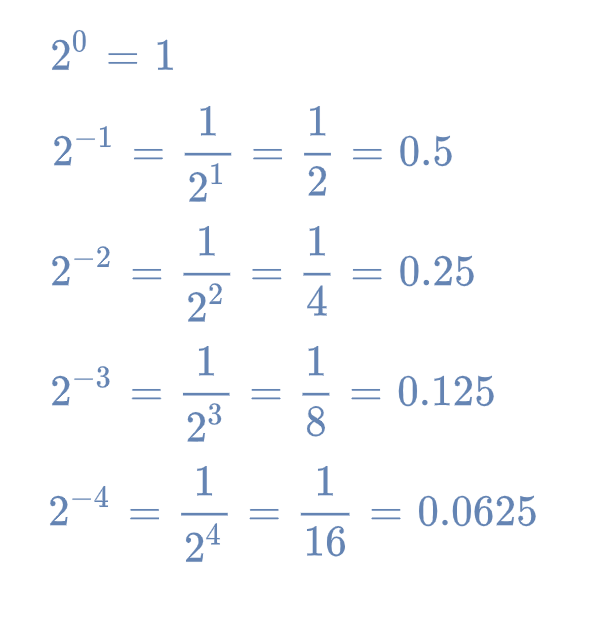 Considering a binary fraction of 0.11012, the positional weight of each binary digit or bit, constituting the binary fraction, is considered to make up its decimal equivalent. This is illustrated below: 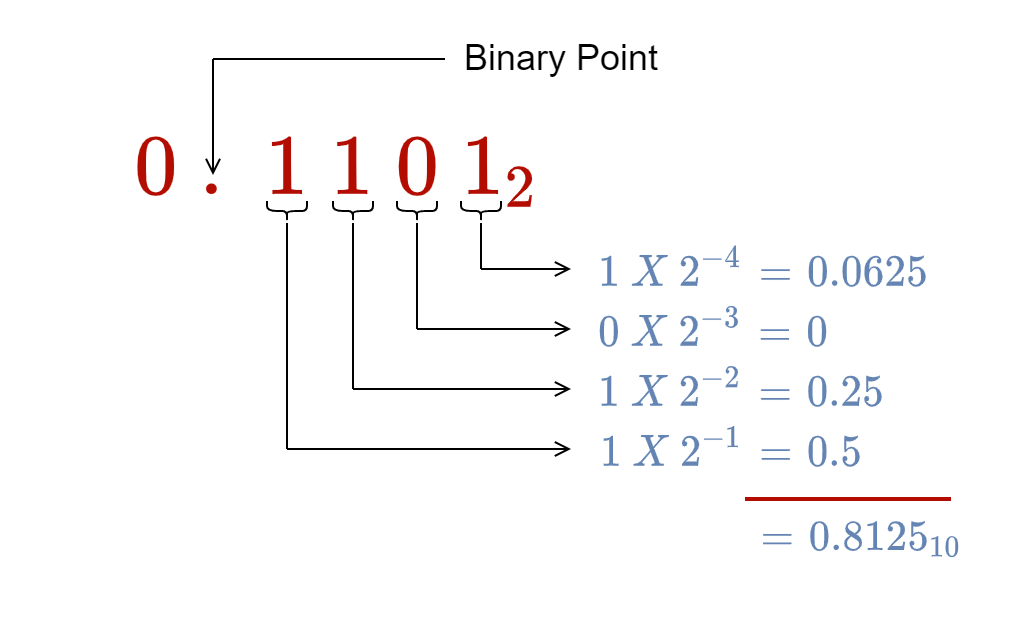 The following binary fractions are converted into their equivalent decimal fractions by applying the above-given method.

It is seen from above that the bits of the binary fraction have a weight that decreases two (2) times with each positional step to the right or, alternatively, the weight becomes half (1/2 times) in terms of decimal equivalent.

Conversion from Decimal to Binary Fraction

In order to convert a decimal fraction to its binary equivalent, the method used before for converting decimal to binary is applied. However, instead of dividing repeatedly by two (2), multiplication is applied for the fraction part.

The decimal number consisting of an integer and fractional part requires the conversion of each part separately. The integer part requires a repeated-division-by-2 method whereas repeated-multiplication-by-2 for the fraction part.

The decimal to binary conversion method, discussed before, is applied to the integer part that constitutes positive weights only. The integer part of a decimal number is repeatedly divided by two (2) whilst noting the remainders in reverse order (LSB to MSB) until the divided decimal value becomes “0”. This is illustrated below by converting 23810 into its binary equivalent. 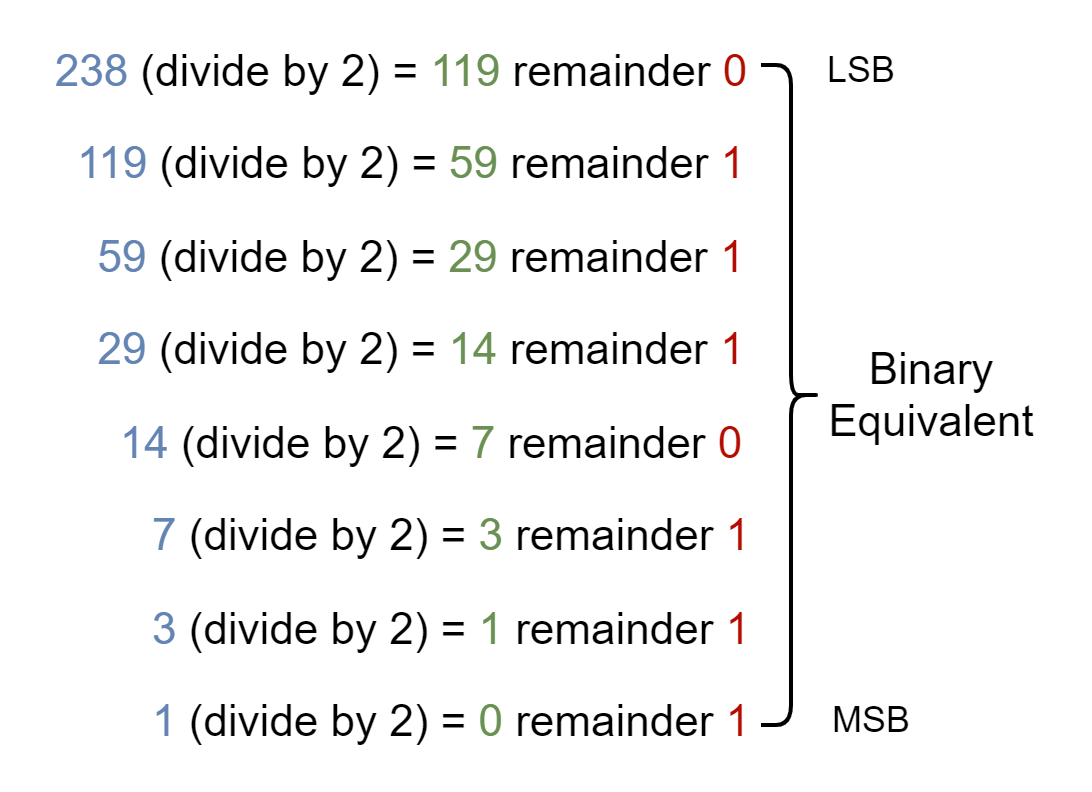 In some cases, the repeated multiplication may not seem to converge to a solution i.e. producing an exact one or resulting fraction equal to “0”. In such cases, the fractional numbers have infinite length, and multiplications or number bits are limited to acquire the desired degree of accuracy.

The following examples of decimal to binary conversions are given to explain the aforementioned method. 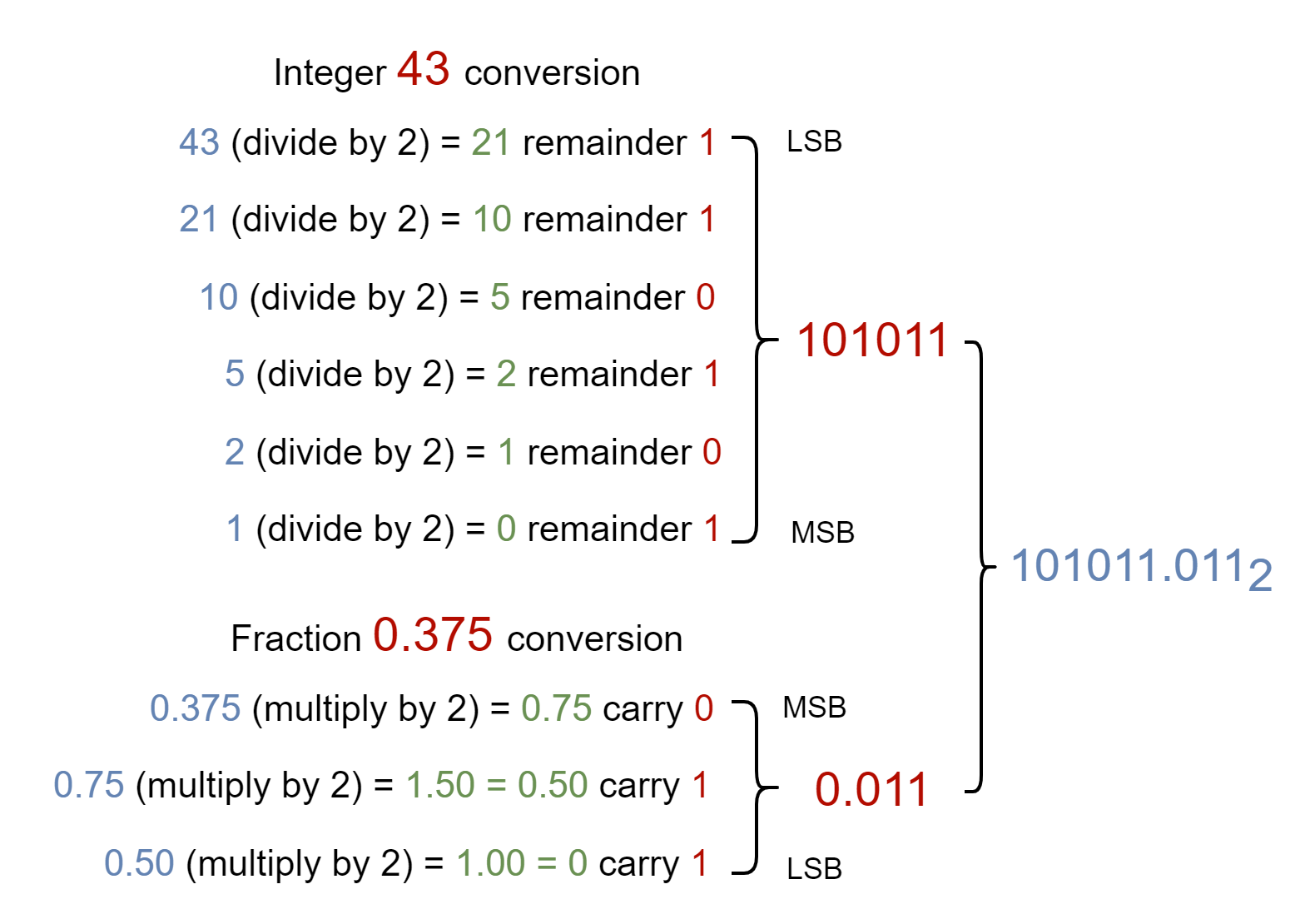