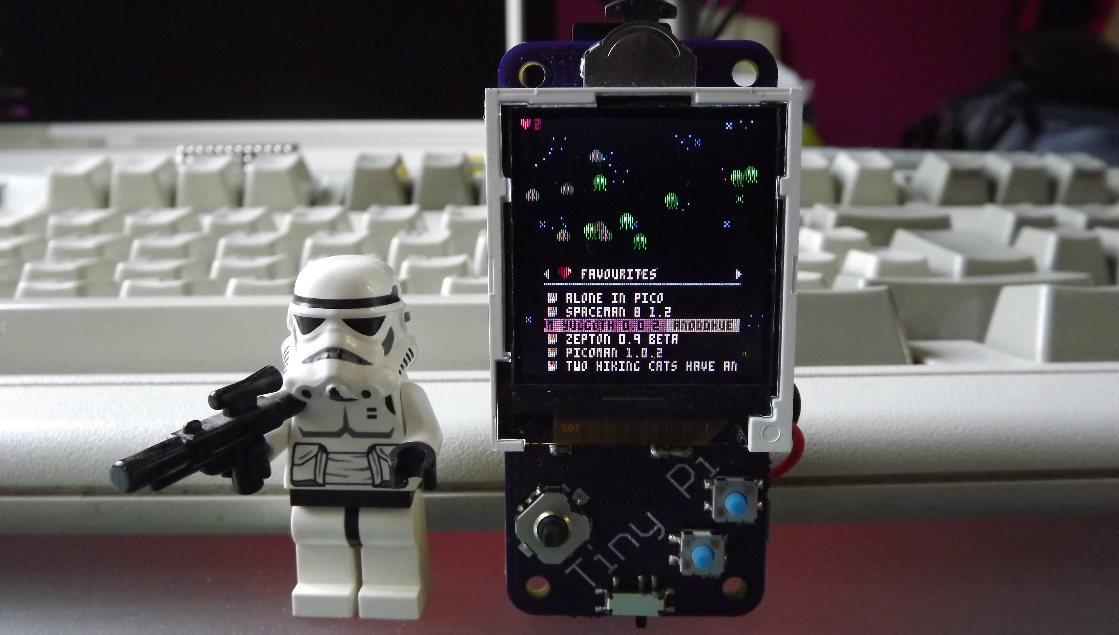 If you ever wanted to get your hands on some gaming on the go, the Pocket TinyPi maybe your best bet. Based on the Raspberry Pi, you have instant access to a retro gaming system such as RetroPie and Pico-8. The TinyPi is not only good for gaming, it is also tiny and can comfortably fit into your pocket without much of a notice.

Peter Barker is the creator of Pocket TinyPi, and he got inspired by the launch of the Pi Zero where several makers came up with very inspiring projects especially the ones hacking an old Game Boy. Unlike other makers, Barker didn’t tear apart a working Game Boy but instead built a standalone Pi Zero-based gaming device using a cheap 2.2-inch SPI screen flanked by two button arrays. Things progressed from there, and Barker was able to build it using a 1.44-inch display as compared to the earlier 2.2-inch screen to finally make the Pocket TinyPi gaming device.

The Pocket TinyPi comes in an unassembled kit that will have to be fully assembled to get it to work. Aside from the possibility of playing an amazing and classic game with the TinyPi, the kit gives a user the opportunity to put their soldering skills into real test and even some eyesight testing since you will need to solder small parts on a small piece of board. One can also order an entirely built and tested kit, but of course there is no fun in that.

The kit consists of the following parts,

On the front of the PCB are a five-way joystick (with push-in function) and two push buttons. There’s also a three-way navigation switch at the top, which can be mapped to extra functions. The device is powered by a slimline LiPo battery, strapped to the Pi Zero along with a TP4056 charger. Stereo sound is supplied by two piezo transducers situated behind the screen.

The Pocket TinyPi is expected to come in 3 options :

They were on sale for a while on Tindie, but demand was too high, so they will be available on CrowdSupply soon. Of course, TinyPi is not just limited to gaming, the flexibility of the Raspberry Pi means your imagination the only limits!