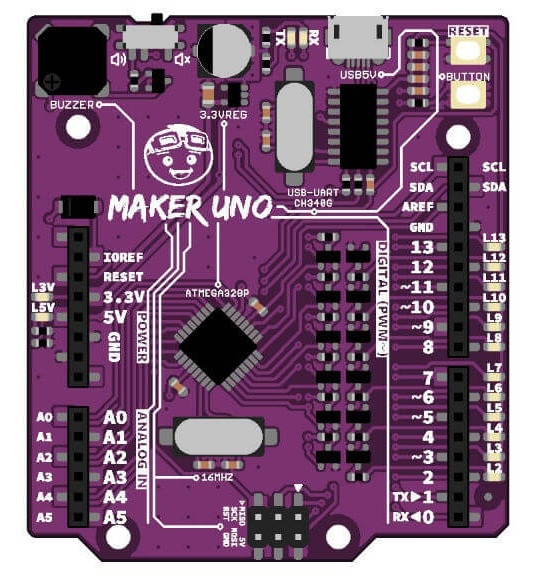 Unless you are completely new to electronics, you probably must have heard of the household name called “Arduino”. Arduino is an open-source platform used for building electronics projects and one that pioneered the open-source hardware and the DIY maker’s movement. Arduino can sense the environment by receiving input from a variety of sensors and can affect its surrounding by controlling lights, motors, and other actuators. The microcontroller on the Arduino is programmed using the Arduino programming language which you can program to do so many things like switch on your lights when you walk in or send an alert when there is an intruder in your house.

The Arduino Uno is one of the first boards of the Arduino Family and that which fully sparked the Arduino Revolution. The success of this boards in teaching kids, students, enthusiast and even engineers has led to drastic replication of it, often called Arduino Clones or Arduino Compatible board. Arduino Clones are basically Arduino lookalike boards that perform almost the same functionality with the real Arduino but not made by the Arduino team. Some of these Arduino clones comes at a very lesser cost as compared to the $25 of the official Arduino Uno, some even as low as $3.

Maker Uno is another Arduino Compatible board released by Malaysia based Cytron Technologies, having launched their first Arduino Uno clone board “Ct Uno” about three years ago. The Maker Uno is purple in color and retails for just $6. It shares close similarities with the standard Arduino Uno with just some few differences. Its termed to be a board designed for students learning coding and microcontroller for the first time. The name Maker is to encourage everyone to be a maker and start building things.

As the Arduino Uno, the Maker Uno is based on the popular Atmega 328P microcontroller can be programmed via it’s USB port. It is also based on the includes standard female headers – means it will easily support most Arduino based Shields.

The traditional DC Jack on the Arduino Uno has been removed from the Maker Uno board and the obviously 5V linear regulator, so the Maker Uno board can only be powered by 5V from the micro USB port or the 5V header pin. It includes a piezo buzzer connected to pin 8 for audio outputs with a selectable switch to disable the buzzer, a micro USB port as compared to the Arduino Uno USB B connector, and a programmable push button. Aside from the standard LED on pin 13, Maker-UNO comes with a programmable LED on every digital pin, from pin D0 to D13. 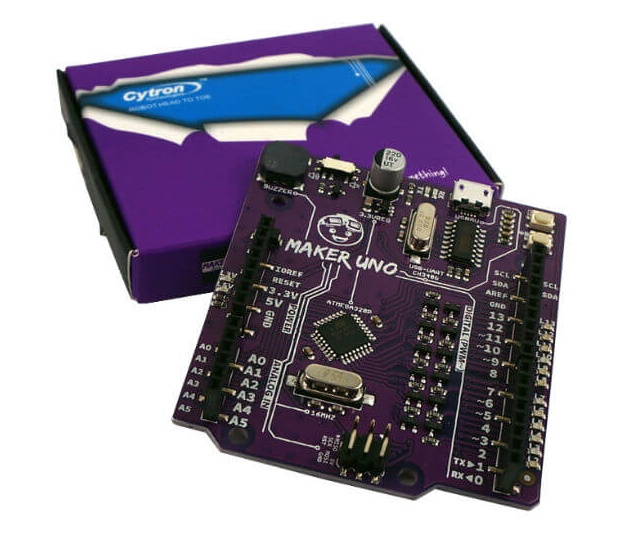 Maker-UNO combines the simplicity of the UNO Optiboot bootloader the stability of the low-cost FTDI CH340 chip and the R3 shield compatibility of the latest Arduino UNO R3.

The following are some of the Maker Uno Features:

The Maker Uno is a great board for getting started with coding and electronics. Unlike the Arduino Uno, to start development with the Maker Uno, you will first need to install the CH340 driver first. The Maker Uno is available for purchase at Tindie and Cytron. You can kickstart your Maker Uno board adventure from here.

The Maker Uno board is live on Kickstart for crowdfunding here and has 22 days to go.