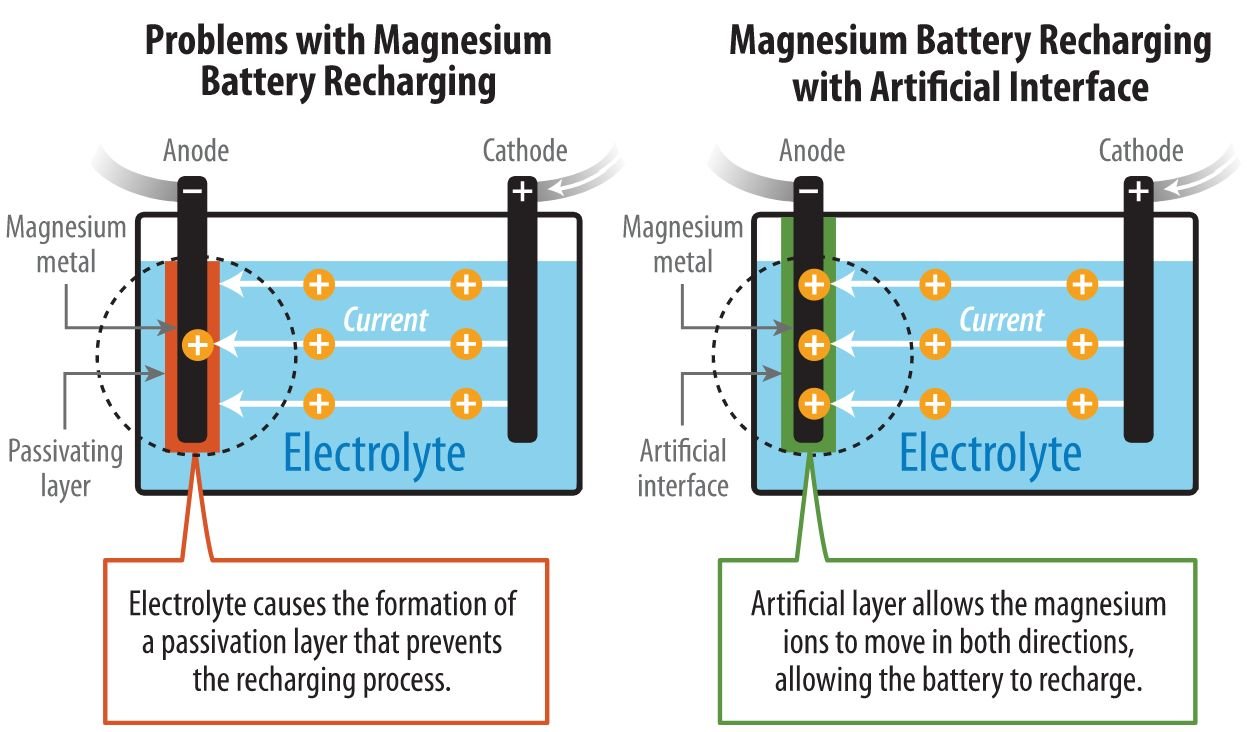 A team of researchers from National Renewable Energy Laboratory (NREL) has discovered a new method for developing a rechargeable non-aqueous magnesium-metal battery. A proof-of-concept paper published in Nature Chemistry. It described how the scientists pioneered a method to enable the reversible chemistry of magnesium metal in the noncorrosive carbonate-based electrolytes and tested the concept in a prototype cell. The technology possesses many high potential advantages over conventional lithium-ion batteries. Some upgrades over Li-ion battery with this new kind of battery will be, higher energy density, greater stability, and lower cost.

Chunmei Ban, a scientist in NREL’s Materials Science department and corresponding author of the paper, said,

Being scientists, we’re always thinking: what’s next? The dominant lithium-ion battery technology is approaching the maximum amount of energy that can be stored per volume, so there is an urgent need to explore new battery chemistries that can provide more energy at a lower cost.

Seoung-Bum Son, a former NREL postdoc and scientist at NREL and first author of the paper, thinks this finding will provide a new avenue for magnesium battery design.

Magnesium (Mg) batteries theoretically contain almost twice as much energy per volume as of lithium-ion batteries. But previous research confronted an obstacle. The chemical reactions of the conventional carbonate electrolyte created a layer on the surface of magnesium that prevented the battery from recharging. The magnesium ions could flow in a reverse direction through a highly corrosive liquid electrolyte, but that blocked the possibility of a successful high-voltage magnesium battery.

The researchers developed an artificial solid-electrolyte interphase from polyacrylonitrile and magnesium-ion salt that protected the surface of the magnesium anode. This protected anode and significantly improved performance of the cell.

In addition to being more readily available than lithium, magnesium has other advantages over the more established battery technology. Firstly, magnesium releases two electrons which is higher lithium’s one, thus giving it the potential to deliver nearly twice as much energy as lithium. And second, magnesium-metal batteries do not experience the growth of crystals that can cause short circuits and consequently dangerous overheating and even fire, making magnesium batteries much safer than lithium-ion batteries.