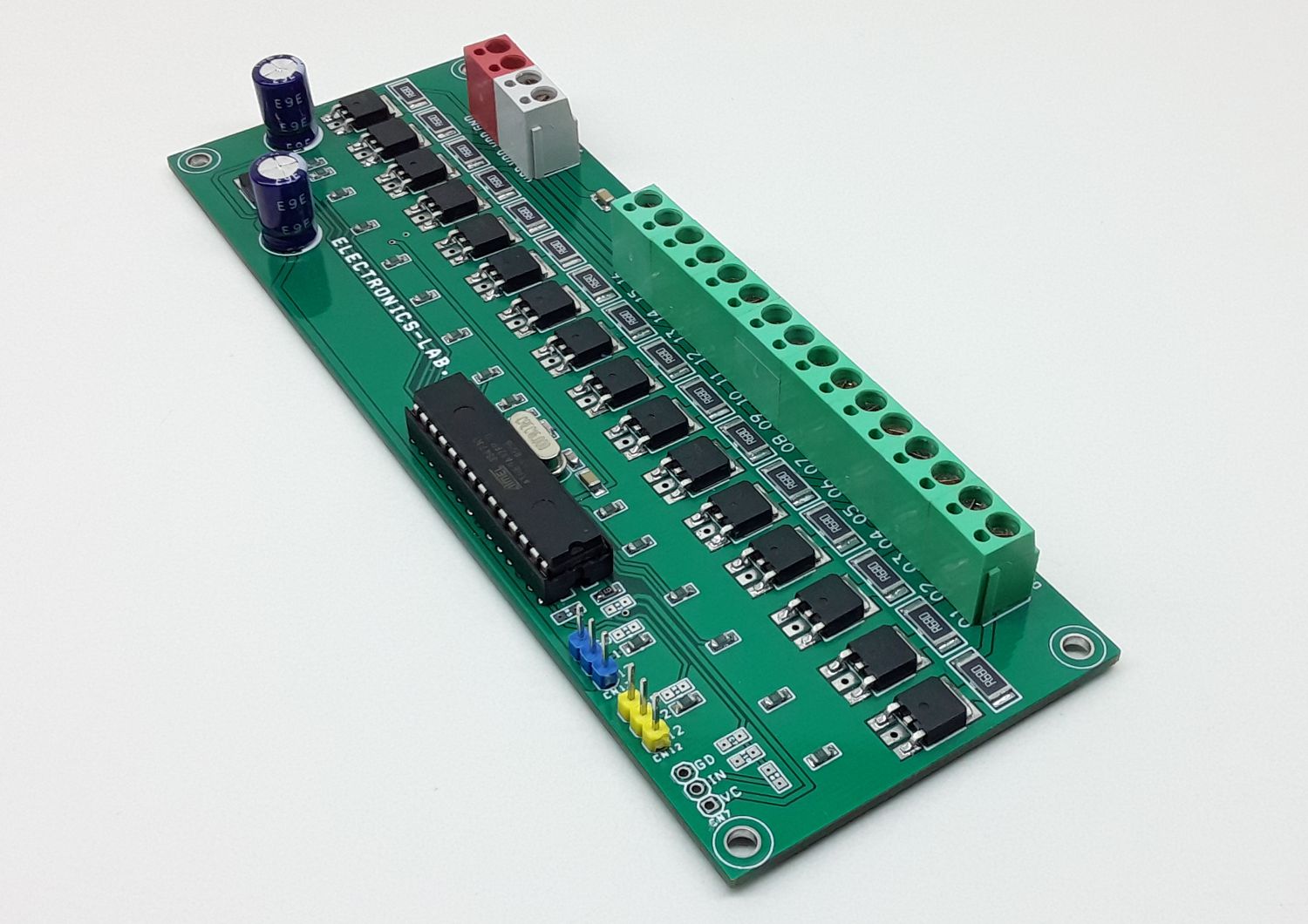 This creative idea is suitable for a stairway with 16 stairs, each stair can have a 12V LED. It has two sensors one at the start and one at the end of the stairs and when the sensor triggered at any end it starts a process of lighting each of the steps in a progressive cycle starts. When you reach the other side of the stairway and the second sensor is triggered it will start to extinguish all the lit lights in the ascending cycle.

This is a very simple and easy to build project based on the Arduino platform The board consists of an ATMEGA328 microcontroller, 16 channel MOSFETs, 2 optical retro-reflective or optical defuse sensor, 16 x 12V LEDs, LM7805 regulator, DC filter capacitors, and optional current limiting resistor on each MOSFET. The circuit requires 12V DC, each MOSFET can drive a LED up to 1A (0.5 to 12W LED)

I wish to buy the AUTOMATIC LED STAIRWAY LIGHTING – ARDUINO COMPATIBLEpls get back to me on price ASAP. thanks

Please click the QUOTE NOW button to send a quote request and I will get back to you asap. https://www.electronics-lab.com/project/automatic-led-stairway-lighting-arduino-compatible/