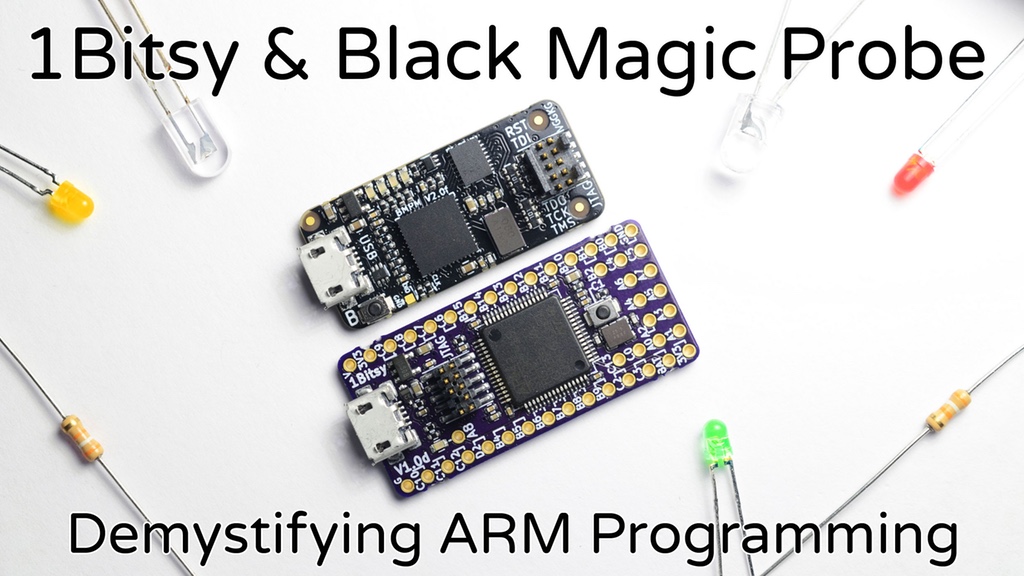 1 Bit Squared executes hardware and software design, development and manufacturing for a wide range of micro to nano UAV systems available on the market: from quadcopters to multicopters as well as airplanes, helicopters and transitioning vehicles. A Kickstarter campaign was launched to unveil  the new Black Magic Probe V2.1 with its companion demo platform 1Bitsy V1.0.

The Black Magic Probe is a JTAG and SWD Adapter used for programming and debugging ARM Cortex MCUs. It’s the best friend of any ARM microcontroller developer. It works like a brain tap, it allows you to inspect and affect any aspect of the program you are running on your 1Bitsy without having to add special code. 1Bitsy is a user friendly open-source ARM Cortex-M4F Development Platform.

Check the campaign video to know more about the new products.

In efforts to demystify ARM programming, you are now able to do the following applications while using a Black Magic Probe:

1Betsy & Black Magic was available as an early bird combo for $65. The campaign has exceeded its $10,000 goal with $47,841 and should be delivering rewards now. More technical details can be reached at the campaign and the official website.