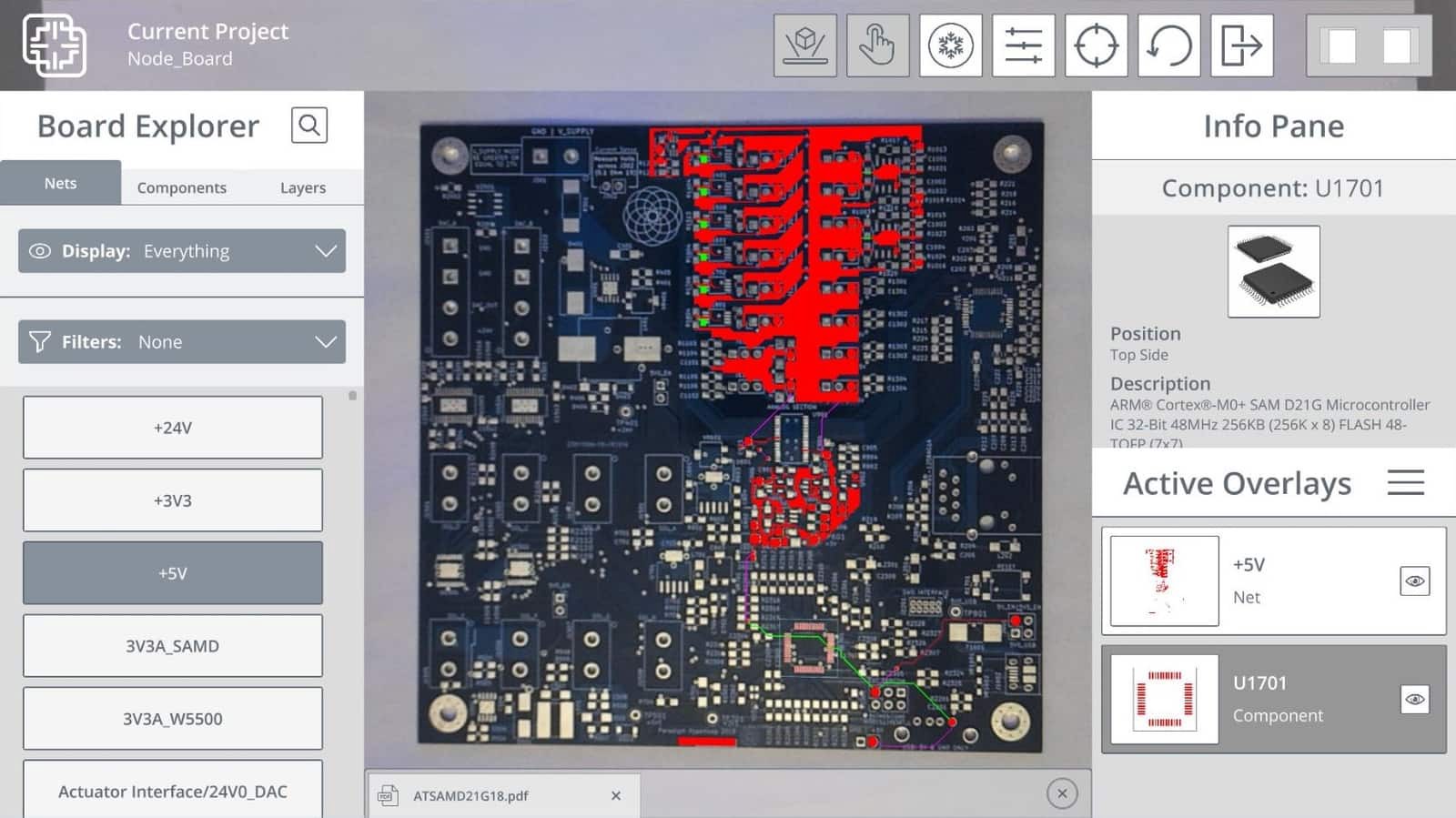 Augmented and Virtual Reality rank among the top 10 technologies driving Industry 4.0 and while they are having a huge impact on the development of new devices, it’s interesting to see them also being used as a major ingredient in the technology development process. This was one of the reasons why a while back we took a look at InspectAR which is an augmented reality-based app that is currently disrupting how developers and users interact with printed circuit boards.

In the last article, we mentioned how the InspectAR app uses augmented reality to lay a similitude of your board’s design over a real-time image of the actual physical board. The overlayed similitude is obtained from your PCB’s original Gerber files, so you can toggle which layers are visible at any given time with an additional exploded view feature that allows you view multiple/all layers at once. As you move the board, the overlayed similitude layer automatically moves and changes orientation and view in line with the physical PCB, giving you the ability to inspect the design at any angle. For example, by simply turning on a trace layer, users can see if a pin is properly connected to a component or if you made a mistake during the design phase — or the manufacturer made a mistake during fabrication.

However, thanks to constant efforts going into the software, the team has made several upgrades since then. Some of those updates were displayed by the team during the last SuperCon Conference by Hackaday. As a way of demonstrating the new features, the InspectAR team preloaded the FPGA based SuperCon badge into InspectAR. This allowed users to get detailed information about the badge’s hardware using the InspectAR App. When users point their cameras to the badge, InspectAR displays overlays on the badge, via the screen. The overlays display information like pin numbers, PCB traces and part numbers of the components on the board. This reduced the need for users to look up the datasheet or Pinout of components every now and then. 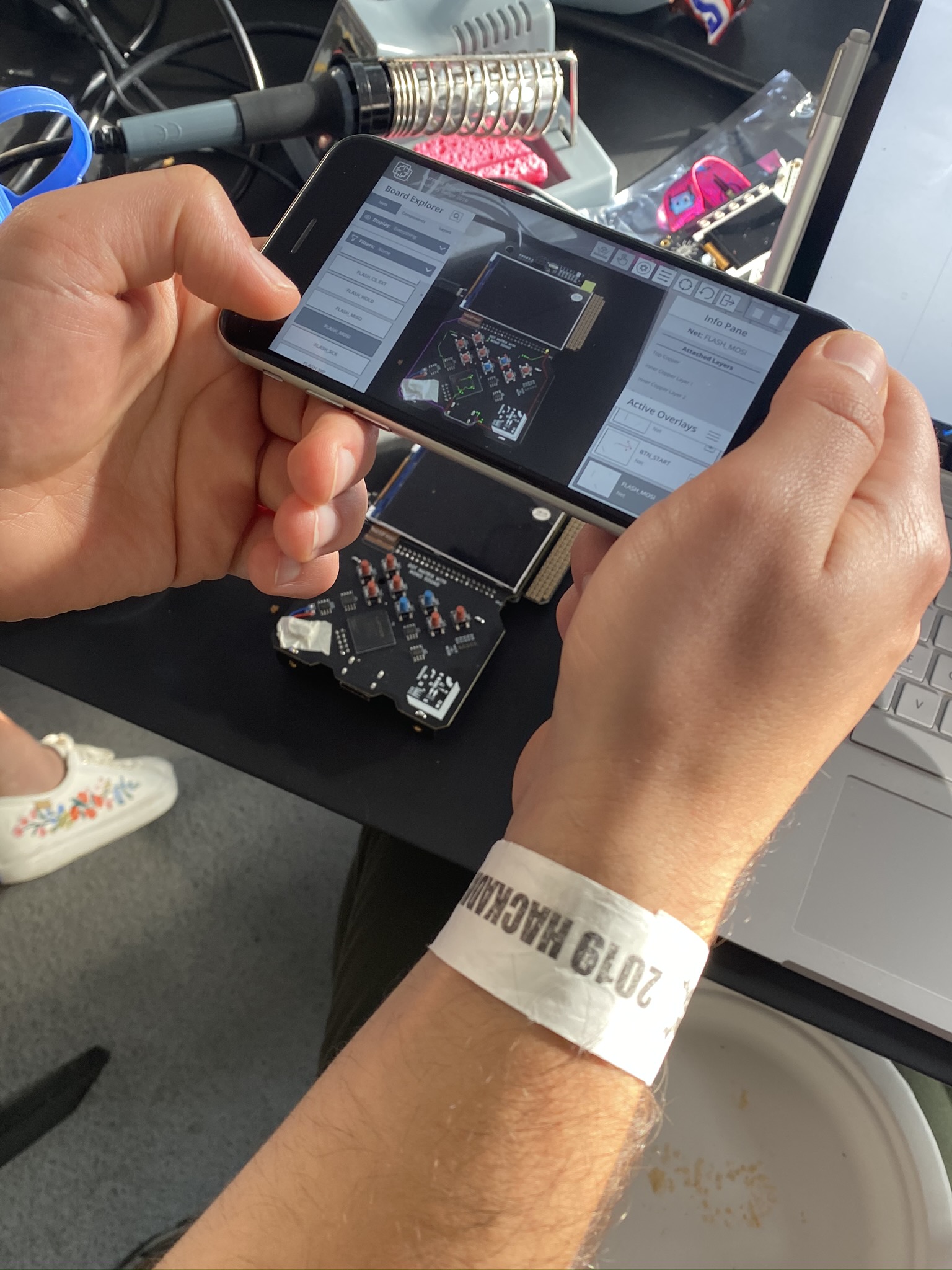 The overlays displayed by the App are usually in layers, as such, to ensure things are neat and useful, the app provides a way for users to hide and switch between the layers. Also, the annotations displayed on each component/part of the PCB can also be moved such that it is positioned in a place the user finds comfortable.

While it’s still early days, the amount of work going into InspectAR makes it easy to predict a bright future for the project. There is every chance that InspectAR and other software like Circuit-Tree will grow into becoming tools that define how design is done in the future.

More on how InspectAR works can be found on their website and Blog.

Thank you for this awesome write-up! We have a lot of new features coming in down the pipeline, and would love to keep you in the loop. Shoot me an email at mihir@inspectar.com 🙂