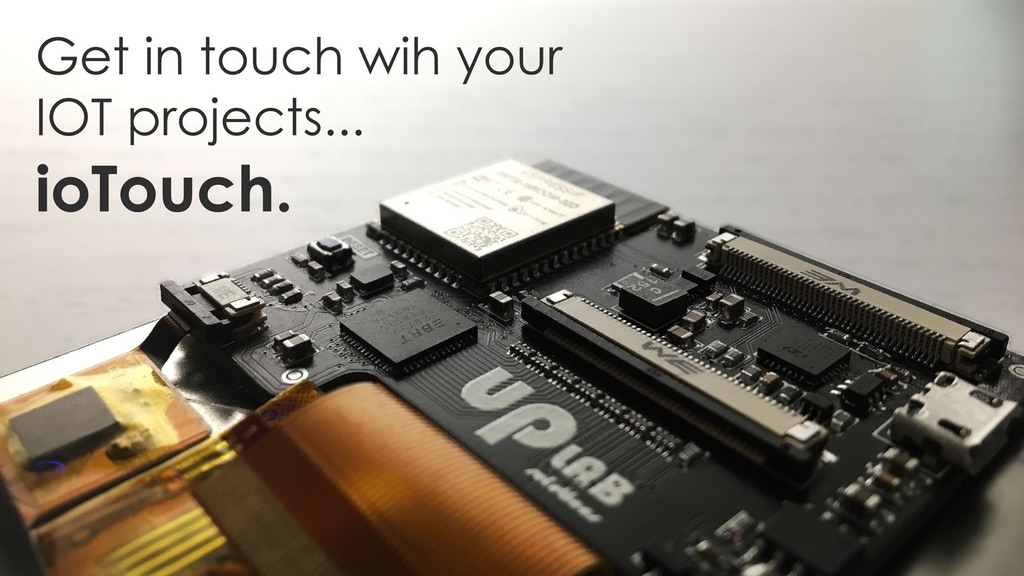 IoTouch an ESP32 wireless development board with 24-Bit RGB TFTs

IoTouch is an ESP-32 based board with touchscreen capabilities. Its got an external embedded GPU interfaced with a 24 RGB TFT glass capacitive display.  It is specially built for IoT applications due to its Bluetooth and WiFi features. If you need a wireless device that has a good and intuitive HMI, IoTouch was made for you.

It’s pages and event-based framework allows you to make pages and transition between them smoothly. It uses a grid-layout and margins to assist in placing your objects on the screen without complex position or pixel calculations. Text buttons, sliders, progress bars, dial gauges, clocks, and other complex objects can be created with just one or two lines of code all with autonomous and graphical touch behavior.

Your application’s appearance or style (foreground, background, fonts e.t.c) can be declared using a clearly defined programming interface and applied globally without any change to your codebase.

IoTouch’s display consists of a capacitive touch screen with an oversized glass frame for an easy installation. It’s mountable with 3M 200MP adhesive and available in 3 different sizes and resolutions.

Some specification and features of the display include:

According to Rocco Taurasi (the project creator), the project can be said to be 85% complete as the prototyping and testing of the hardware and firmware has been done with only some marginal bug-fix and Arduino/PlatformIO integration left on the firmware. Rocco also mentioned most parts of the project will be open-sourced after the development process.

A Kickstarter campaign has been launched for the project with diverse offerings and a total goal of 80,000€. Order fulfillments are planned for July 2020.

More information on the project and the Kickstarter campaign can be found on the Product’s page.