Cellphone chargers have been in existence for years and have grown from one stage to another. It started with the mobile phone traditional charger which had a USB interface, a DC converter, and a charging plug and now has expanded to a close-range inductive wireless charging. The commonly used inductive wireless charging is nice but limited, it still requires close contact with the charging pad making it offer little or no advantage to cable-based chargers. We have seen some potential long-range wireless chargers especially those from the PowerSpot, which in theory could charge up to 80 feet away. Among those technologies, charging with a laser beam is a possibility the research team from the University of Washington is evaluating.

Researchers from the UW’s (University of Washington), Paul G. Allen School of Computer Science & Engineering, have designed a laser system that can remotely charge your smartphones as quickly as a standard USB cable. They have embedded essential safety features which include a metal, flat-plate heat sink on the smartphone to dissipate excess heat from the laser, as well as a reflector based system to turn off the laser if a person tries to get in the way of the charging beam.

Shyam Gollakota, an associate professor at the UW’s Paul G. Allen School of Computer Science & Engineering said “We have designed, constructed and tested this laser-based charging system with a rapid-response safety mechanism, which ensures that the laser emitter will terminate the charging beam before a person comes into the path of the laser”.

“In addition to the safety mechanism that quickly terminates the charging beam, our platform includes a heatsink to dissipate excess heat generated by the charging beam,” said Arka Majumdar, a UW assistant professor of physics and electrical engineering. “These features give our wireless charging system the robust safety standards needed to apply it to a variety of commercial and home settings,” he said.

A narrow beam can deliver a steady 2 Watts of power to 15 square-inch area from a distance of up to 4.3 meters, or approximately 14 feet. But the emitter can be redesigned to expand the charging beam’s radius to an area of up to 100 square centimeters from a distance of 12 meters, which is close to 40 feet. This extension means that the emitter could be targetted at a broader charging surface area, such as a tabletop or a desk, and efficiently charge a smartphone placed anywhere on that surface.

The team programmed the smartphone to signal its location by emitting high-frequency acoustic chirps that were picked up by small microphones on the laser emitter. “This acoustic localization system ensures that the emitter can detect when a user has set the smartphone on the charging surface, which can be an ordinary location like a table across the room,” said Vikram Iyer, a UW doctoral student in electrical engineering. When the laser emitter becomes aware of the smartphone on the desired charging surface, it switches on the laser to begin charging the battery. 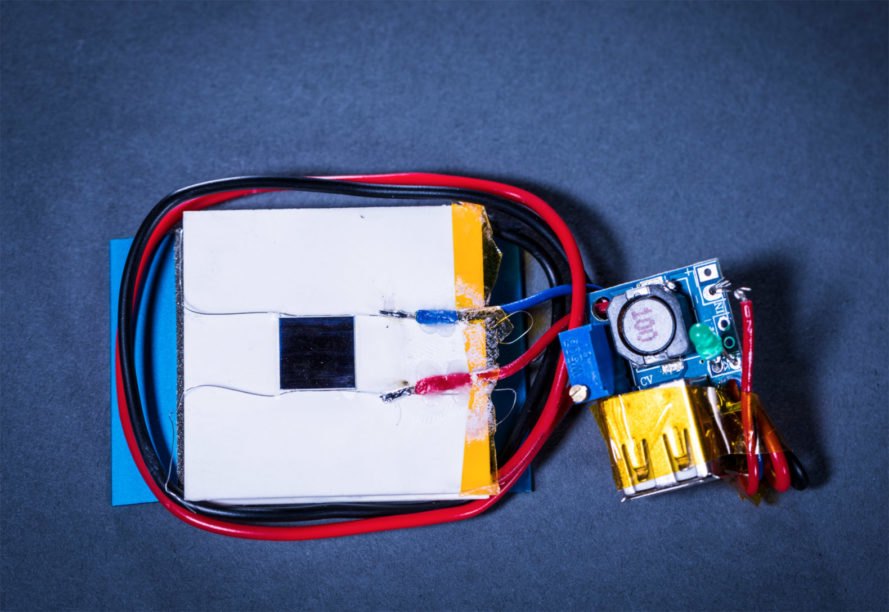 Although this charging solution is a work in progress, it could be the next big thing in the market. Imagine charging your phone from anywhere you want without struggling for a place to plug your USB cable, that idea is certainly appealing and can be achieved in the nearest future.

Gollakota and co-author Arka Majumdar published their research recently in Proceedings of the Association for Computing Machinery on Interactive, Mobile, Wearable & Ubiquitous Technologies.