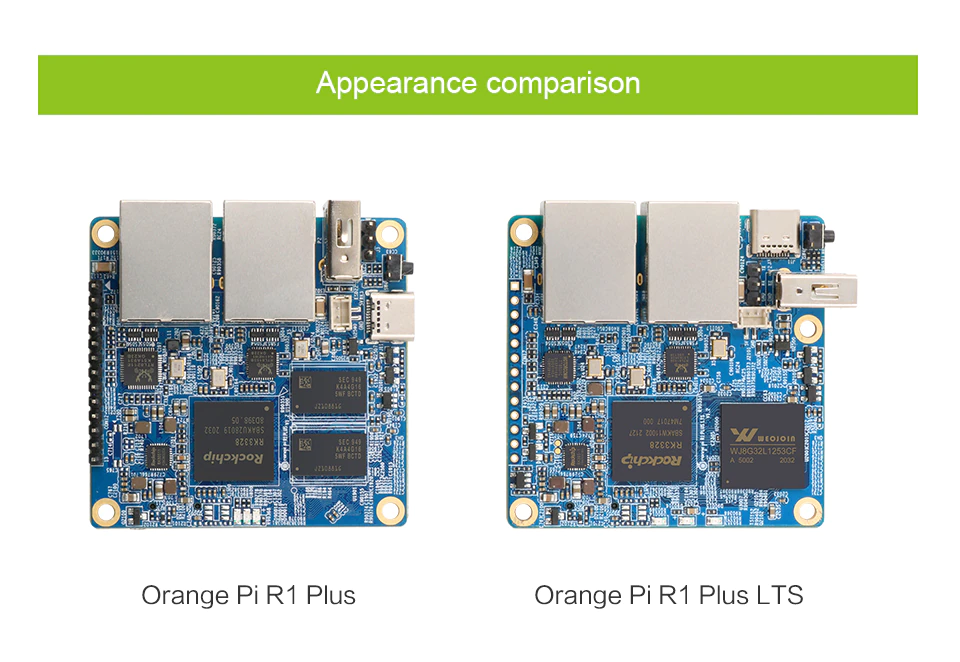 Just about a year ago, Shenzhen Xunlong Software updated its Orange Pi range of boards with an Orange Pi R1 Plus SBC powered by a Rockchip RK3328 quad-core Cortex-A53 processor running @ 1.5 GHz, coupled with 1GB RAM, dual Gigabit Ethernet ports, and one USB port for router applications. Now, the company has added to this line of the board a new Orange Pi R1 Plus LTS, which is exactly like Orange Pi R1 Plus SBC except that it replaced the Realtek RTL8211E PHY with a YT8531C Ethernet PHY and comes at a lower price.

Since the new Orange Pi R1 Plus LTS is quite similar to the older version, it means it can still be used for headless operations. Use cases include building a soft router, a computer, a wireless server, a speaker, and many more because it is open-source.

The new SBC is also powered by a Rockchip RK3328 processor, coupled with 1GB RAM, 2x GbE, and a single USB 2.0 port. The two boards are said to be with the same performance configuration. 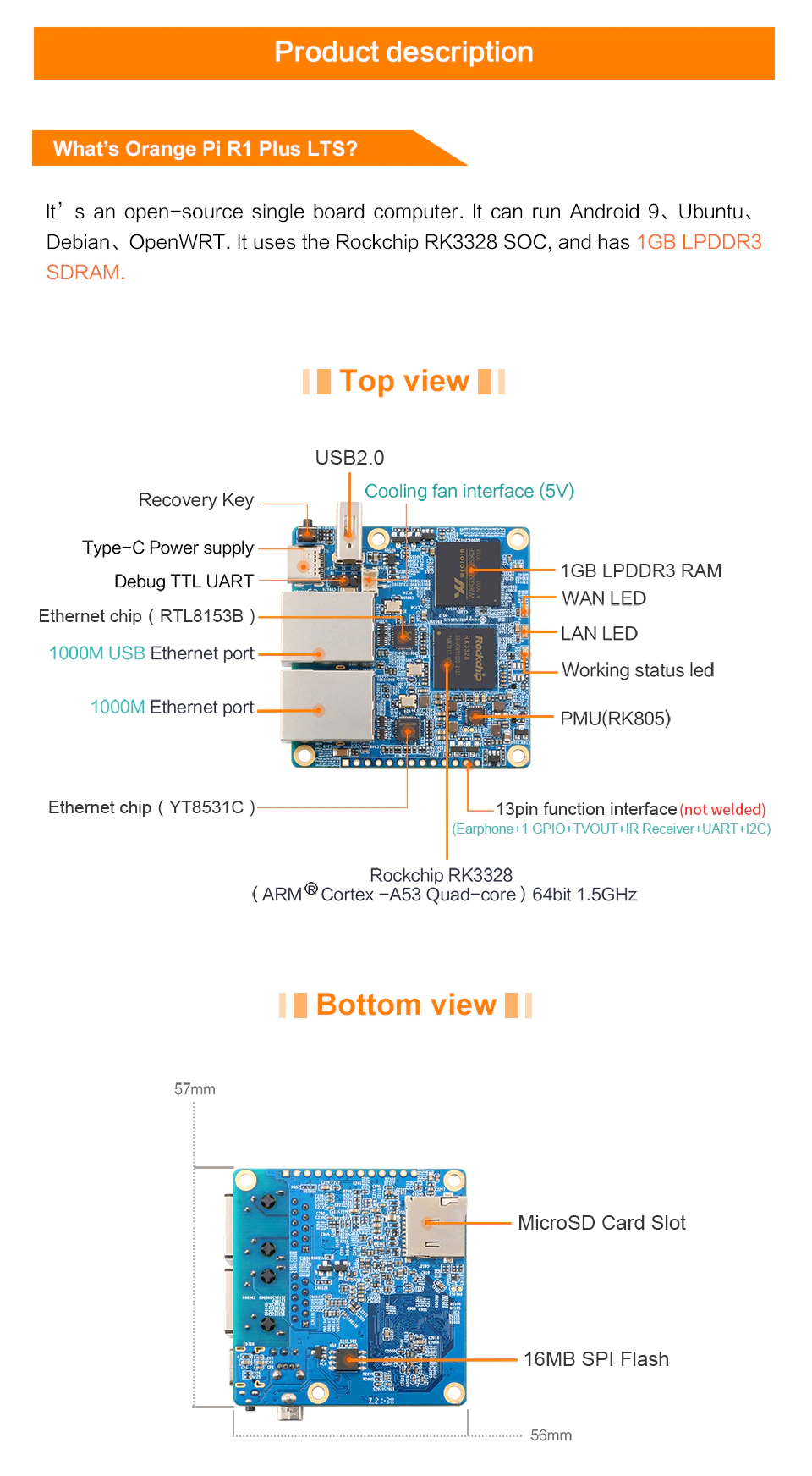 Other Features and Specifications of the Orange Pi R1 Plus LTS SBC include: