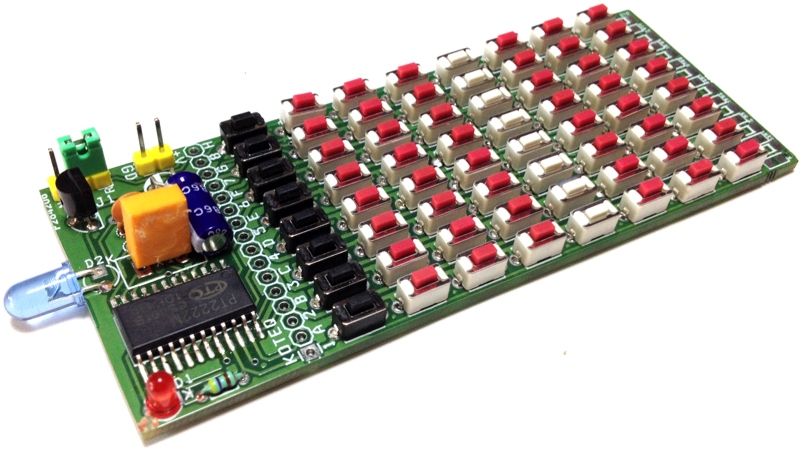 64 channels Infra-Red Remote Transmitter circuit build around PT2222M IC, The IC is pin to pin compatible with NEC uPD6122 respectively, the remote is capable of controlling 64 functions keys and 3 double keys. The PT2222M Infra-red remote control transmission ICs using the NEC transmission format that is ideally suited for TVs, DVD Players, Audio Equipment, Air Condition, etc. By combining external diode and resistors, maximum of 65536 custom codes can be specified. The NEC transmission format consists of leader codes, custom codes (16 Bits), and data codes (16 Bits). It can be used for various systems through decoding by a microcontroller.

When several keys are pressed simultaneously, the transmission of the corresponding signals is inhibited by a multiple-input prevention circuit. In the case of double-key input, transmission is inhibited if both keys are pressed simultaneously (within 36 ms interval); if not pressed simultaneously, the priority of transmission is first key, then second key. When a key is pressed, the custom code and data code reading is initiated, and 36 ms later, output to REM output is initiated. Thus if the key is pressed during the initial 36 ms, one transmission is performed. If a key is kept pressed for 108 ms or longer, only leader codes are consecutively transmitted until the key is released. Keys can be operated intermittently at intervals as short as 126 ms (interval between two on’s), making this an extremely fast-response system. 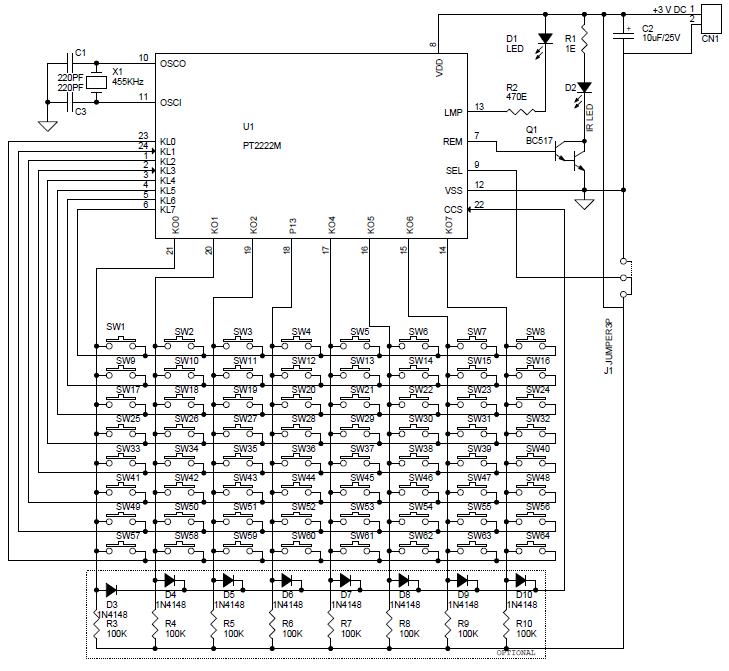 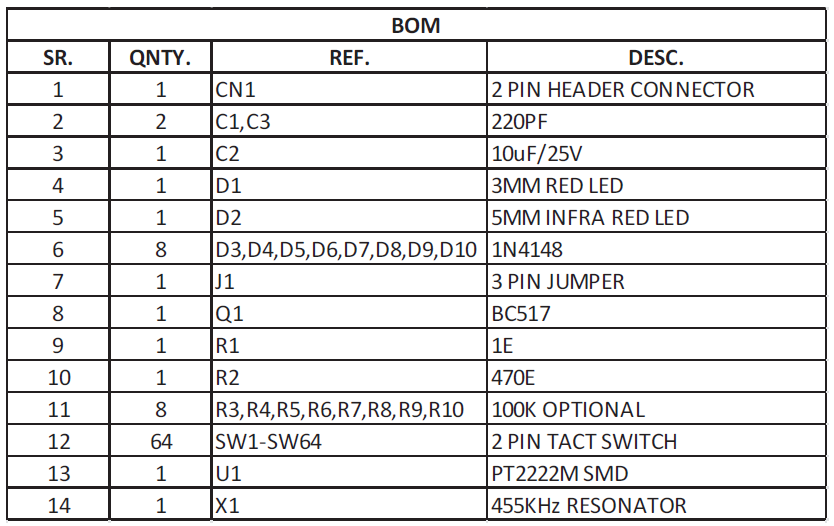 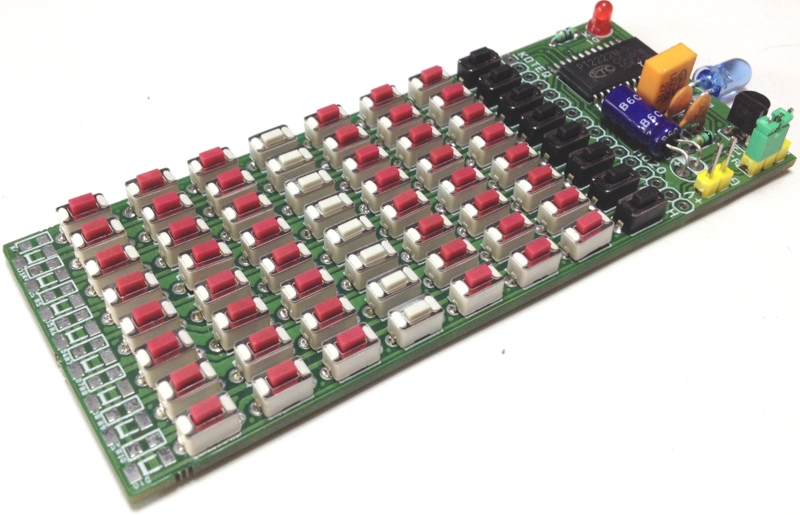