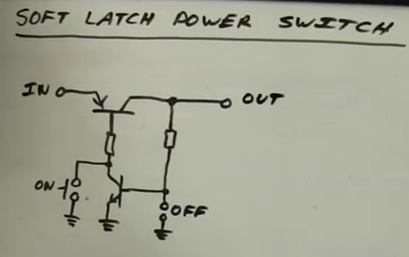 Dаvid Jones through his Youtube channel EEVblog described in detail how to design a cheap soft latch power switch circuit, using one push button switch to toggle your circuit power on and off with the following design requirements: 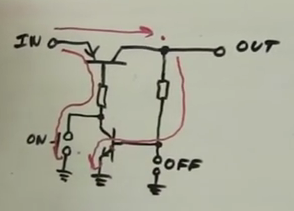 First design uses 2 switches and we are looking forward a circuit with one switch only, so let us get a look to the next circuit design. 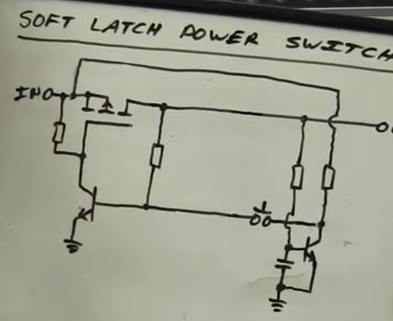 The capacitor connected to base of right side transistor is used to prevent the oscillating on/off while the pressing of the button needs milliseconds and the transistors works much faster.

To see an experiment of the design and to learn more details, check David’s video bellow:

Mention any cheap MOSFET which I can use to make this circuit………Or if its possible, how do I replace the MOSFET with a transistor?