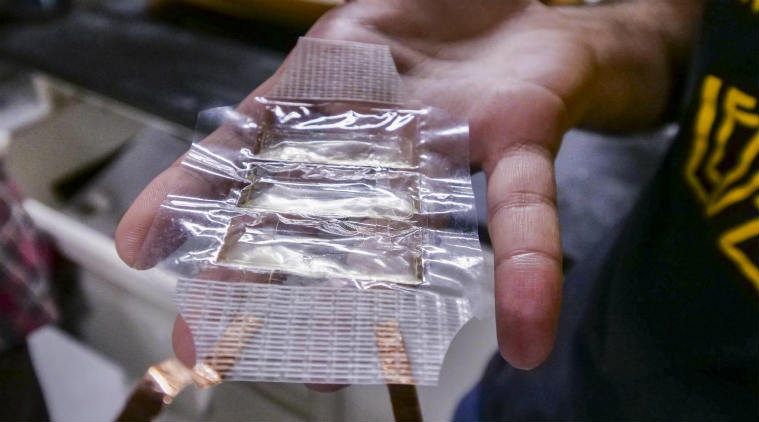 A group of researchers from the University of Colorado in Boulder (US) is working on the next generation of robots. Instead of the metallic droids concept, these robots are made from soft materials that are more similar to biological systems. Such soft robots hold a huge potential for future applications. They can adjust to dynamic environments and also suitable for close human interaction. Christoph Keplinger from the University of Colorado said,

We draw our inspiration from the astonishing capabilities of biological muscle,

The newly developed class of soft, electrically activated devices are capable of simulating the expansion and contraction of actual muscles. These devices can be constructed from a wide range of low-cost materials. They are able to self-sense their movements and self-heal from electrical damage.

They developed hydraulically amplified self-healing electrostatic (HASEL) actuators which eliminate the bulky, rigid pistons, valves, pumps and motors of conventional robots. The soft structures of HASEL react to applied voltage with a wide range of movement. According to the study published in the journal Science Robotics on January 5, these flexible robots can perform a variety of tasks. They can handle delicate objects like raspberry or raw egg, as well as lift heavy objects. Keplinger said,

HASEL actuators synergize the strengths of soft fluidic and soft electrostatic actuators, and thus combine versatility and performance like no other artificial muscle before,

Just like a biological muscle, HASEL actuators can reproduce the adaptability of an octopus arm, the speed of a hummingbird and the strength of an elephant.

HASEL actuators can simulate the strength, speed, flexibility, and efficiency of biological muscle which may enable artificial muscles for human-like robots. HASEL can make next generation of prosthetic limbs more cost-effective and reliable. This is an important step forwards for soft robotics.

The team is already working on new HASEL actuators that would work with five times lower voltage levels than those described in the studies. The voltage published in the papers is similar to the low-current shock one might get from static electricity, and it’s not hazardous to humans.

The work of this researchers promises a huge improvement in the world of robotics and prosthetic limbs. Their dream is to create robotics that is lifelike. More information can be found in an article appeared in Science recently.