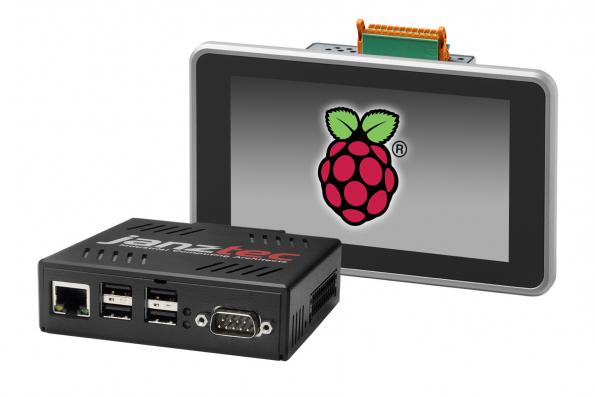 14 September, 2018
3.103
Views0 Comments
The proven Raspberry Pi-based industrial computers from Janz Tec AG have now been updated with the new Raspberry Pi 3 B+ module for long-term availability and enhanced specs. [via]

The emPC-A/RPI3+ embedded PC and the emVIEW-7/RPI3+ 7″ panel PC both now offer a faster CPU, dual-band wireless LAN, and long-term availability. An outstanding innovation for product manufacturers is the guarantee that the 3 B+ modules will be manufactured at least through 2023. Another advantage for industrial IoT projects is the new Gigabit Ethernet support, although real throughput is limited to 300Mbit/s by the internal USB 2.0 connection.

The two embedded computers boast a network connection of triple the speed of their predecessors, and with the built-in IEEE 802.11ac wireless networking standard the two systems support both the 2.4GHz and 5GHz bands. The Wi-Fi module already has global pre-certification and can be quickly integrated into existing products. The new Bluetooth 4.2 module improves the speed for Bluetooth LE, allowing data packets containing up to ten times more data to be sent two-and-a-half times faster than with preceding modules. The IPSP protocol (Internet Protocol Support Profile) is also supported, enabling packets to be exchanged using IPv6 packets. Smaller, low-performance devices such as sensors and actuators can now communicate directly with IoT cloud services via the internet. The CPU fitted is now a Broadcom BCM2837, an ARM Cortex-A53 64-bit quad-core processor operating at 1.4GHz.