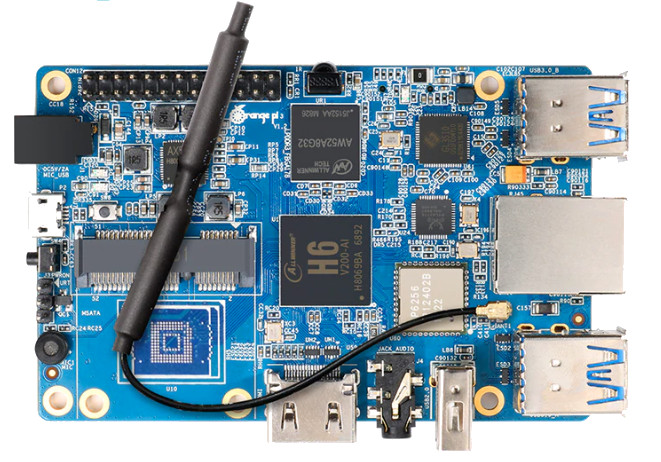 The Orange Pi 3 however, takes care of this setback  by offering 1GB and 2GB LPDDR3 RAM, 4x USB 3.0 ports, an optional 8GB of eMMC, and a mini-PCIe slot. Armbian makes it possible to load experimental Ubuntu and Debian images based on Linux 4.19 on the H6-based Orange Pi boards. Shenzhen Xunlong Software will release Android 7.0, Ubuntu, and Debian images for the board, which will be made available in the download page. At 90 × 64mm, the Orange Pi 3 is larger than the previous H6-based SBCs, which seems to be the only other H6 hacker boards on the market.

Specifications listed for the Orange Pi 3 include:

More information can be found on the Orange Pi 3 AliExpress page. Image downloads and schematics will be available on Orange Pi project website.