The input AND’ed by ‘0’ or OR’ed by ‘1’ is stated as Annulment Law. It nullifies or diminishes the effect of the other input

The input AND’ed by ‘1’ or OR’ed by ‘0’ is stated by Identity Law. It keeps the identity of the input.

The same inputs AND’ed or OR’ed together are stated under Idempotent Law. The logical operation can be applied multiple times without changing the result.

In Boolean Algebra, the complement is the opposite of a logical input such as ‘0’ is the complement of ‘1’ and vice versa. The input and its complement AND’ed or OR’ed together is described by Complement Law.

The associative law of multiplication states that the operands grouped differently in multiplication produce the same result.  The inputs AND’ed together can be placed interchangeably to form different groups under the Associative Law.

Using this law, common terms are absorbed to reduce complex expressions to simpler ones.

There are two De-Morgan’s theorems which are:

There are some mathematical laws that are helpful in the reduction of Boolean expressions. These Boolean postulates are listed below.

The basic logic gates i.e. AND, OR, and NOT can render the following sixteen (16) Boolean functions using above stated laws, rules, theorems, etc. 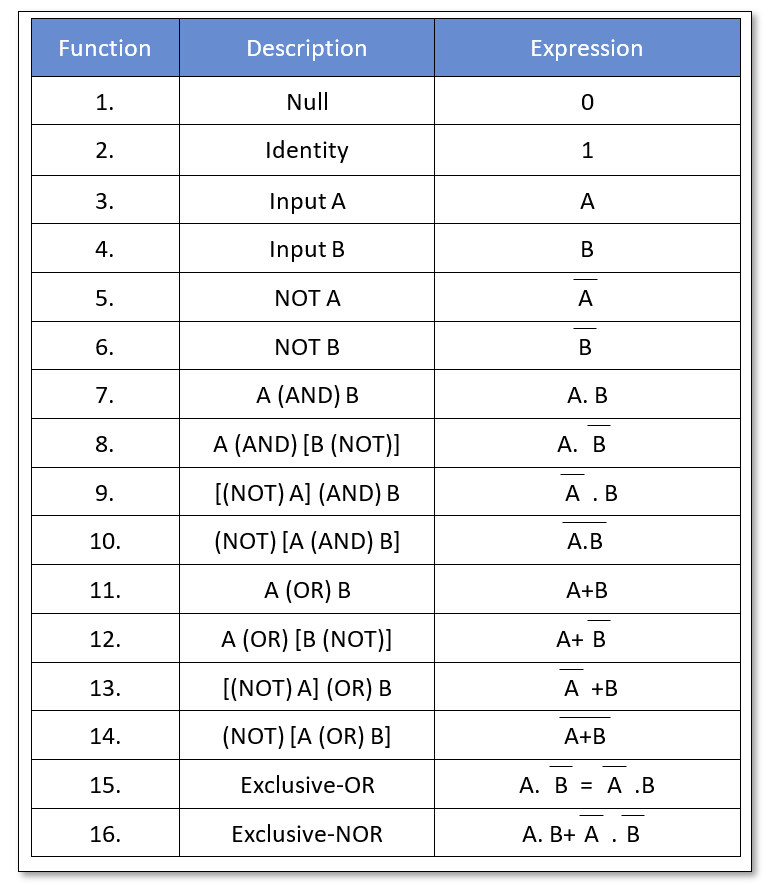 Apply the Idempotent Law: A.A = A

The expression (A+B)(BC) can be simplified into BC only. 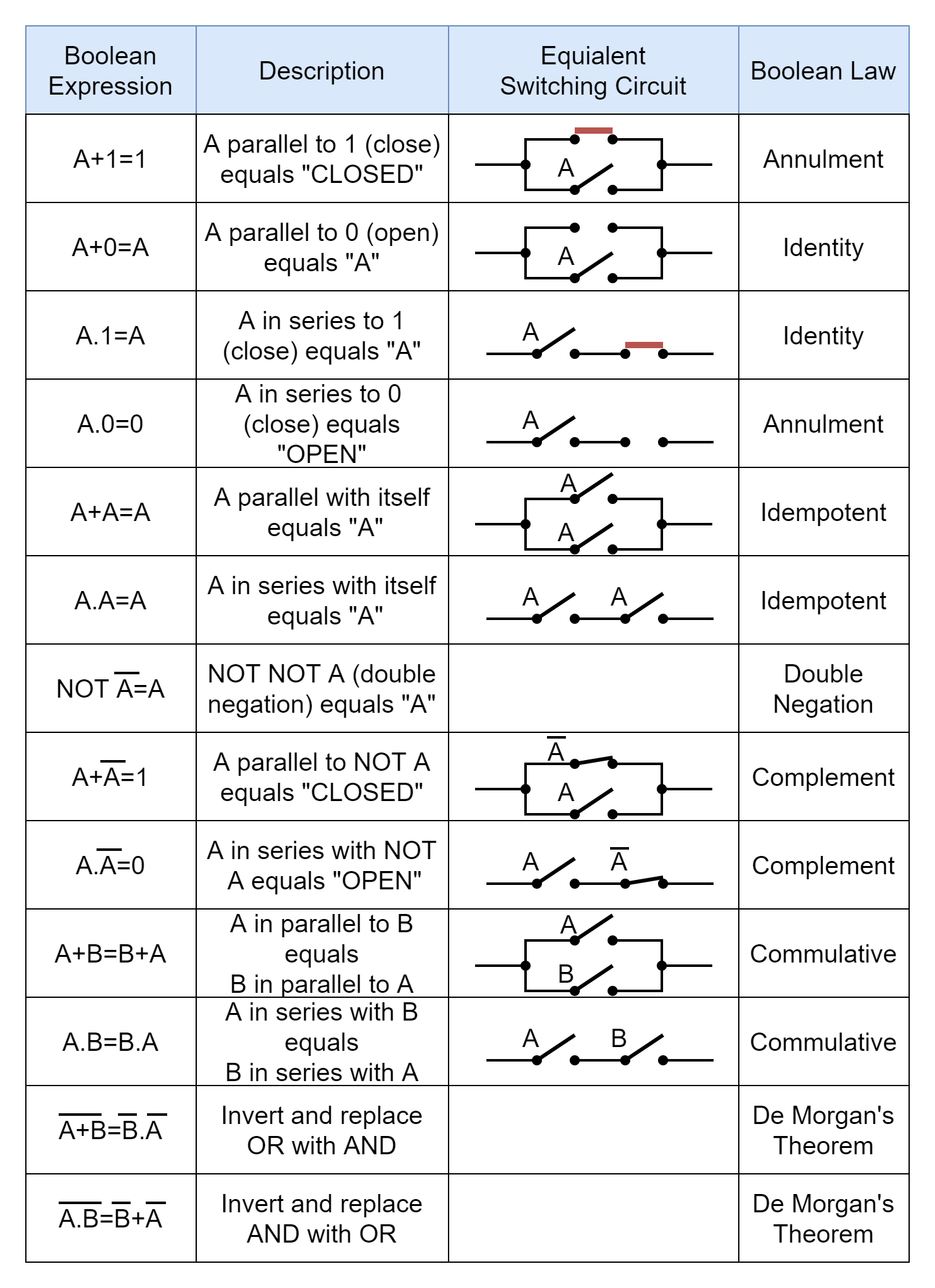