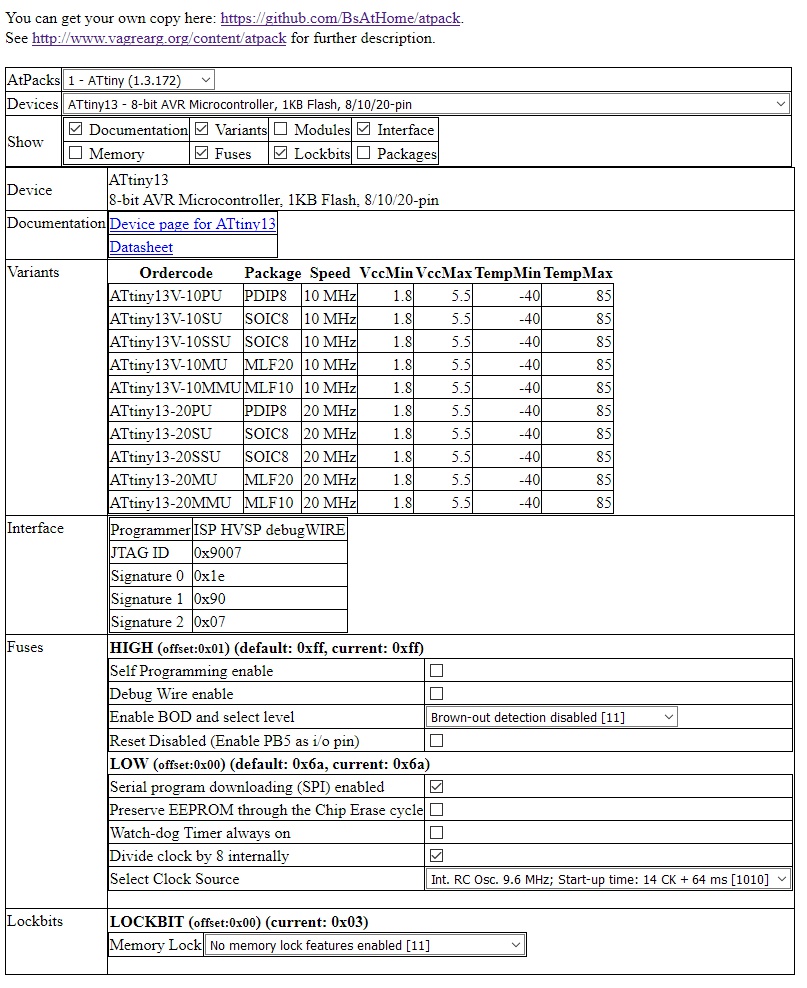 Looking for an up-to-date fuse-calculator for the Atmel(*) AVR chips has been something of a long search. There are several online versions, but they have not been updated to the new chips (like the ATmega328PB).
When you have got an itch, you simply scratch it… Don’t you?
Well, I did, and it resulted in an analysis of the Atmel Pack format, which can be freely downloaded under an Apache 2.0 license. The AtPacks contain a master XML file with device lists and links to each device’s XML file, which in turn describes the entire chip. The format is not that hard to understand and can be easily mangled into something useful. Then, some crude jQuery hacking and many hours later… you know how that works.