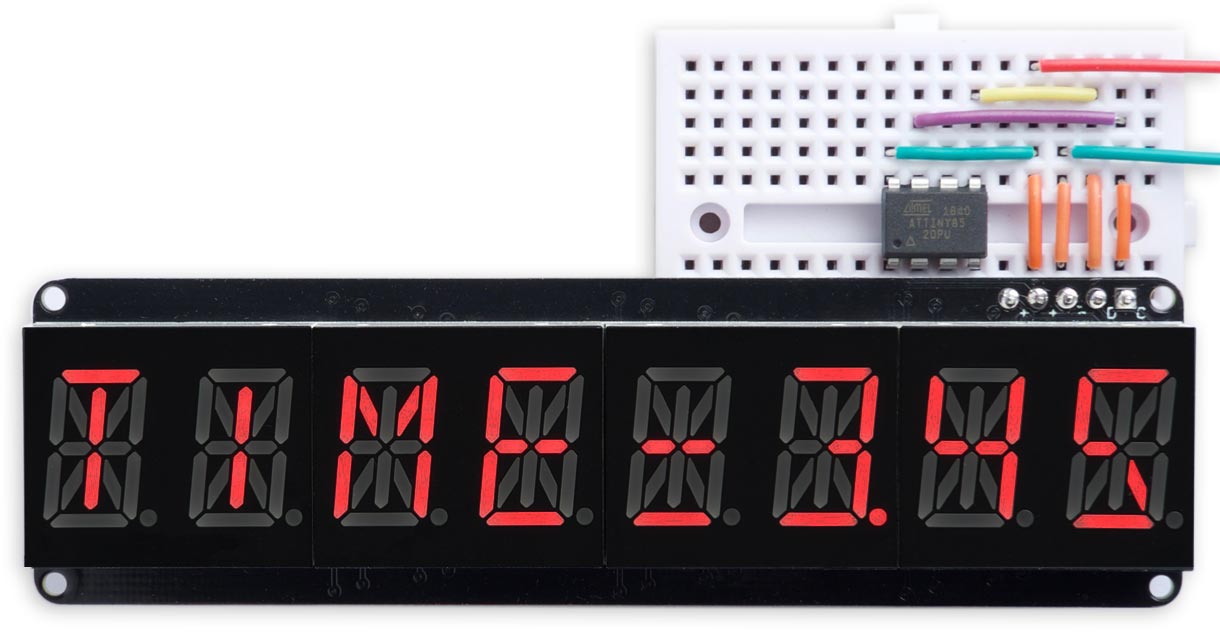 technoblogy.com published another in detail project. This time is an eight-character alphanumeric LED display with an I2C interface.

This is an eight-character alphanumeric LED display with an I2C interface. It’s based on a low-cost HT16K33 display-driver chip, and supports four two-character 14-segment alphanumeric display modules. Because it has an I2C interface it’s easy to drive from pretty much any microcontroller, such as an Arduino Uno, or even an ATtiny85.

I also include a display interface that provides a print() class that allows you to print strings and numbers to the display, with automatic scrolling. This lets you use the display as a convenient alternative to the Arduino Serial Monitor for printing values and results while debugging. The display interface will also work with Adafruit’s four-character alphanumeric displays.