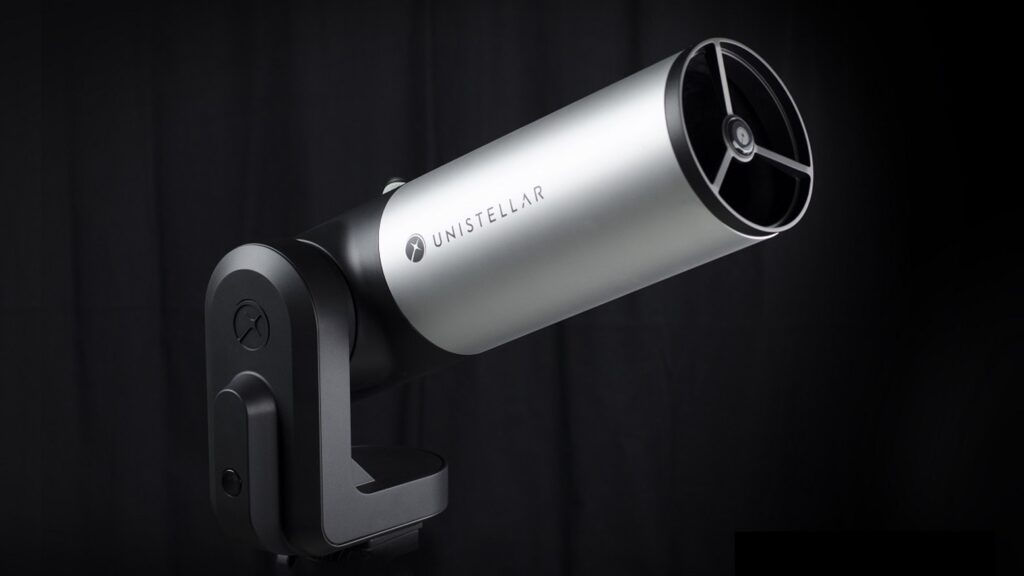 eVscope – Reaching for the stars as never before

Humanity has always been trying to reach for the stars, this lead to huge scientific developments that got the man into the moon, rovers into mars and a lot more. NASA often unveils photographs of space objects with bright colors and high definition, but these photos are taken using millions of dollars in telescopes and image software. Most amateur telescopes give blurry, opaque images (if you get to see anything at all). As a result, astronomy amateurs are often disappointed because of their high expectations regarding what they would see in the telescope. The company Unistellar optics combined two different technics to create a telescope that could fulfill hobbyist expectations.

As only a very small amount of light from stellar objects reaches earth, it’s important to collect as much light as possible which can be done with a lens (or mirror with a large diameter), or by exposing a photographic film for a long period of time. Nowadays, astronomers don´t use photographic film anymore because electronic cameras can take hundreds of pictures and overlap them to make one bright picture. However, the equipment to do all this can be expensive (professional camera, good telescope, mirrors with huge diameters), and they can also be complicated because of the need for a very dark sky, certain weather etc.

The eVscope (enhanced vision) made by Unistellar optics has a built in high quality image sensor, and instead of lenses an eye piece with an OLED display is used. Additionally, it has a computer controlled mount and drive, all in modest dimensions. It costs about 1300 dollars and works by taking short exposures and staking them in real time to simulate a larger instrument. 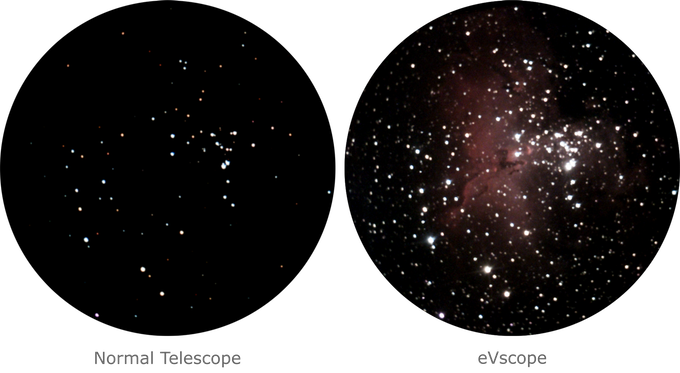 This device has already been tried by many amateur astronomers, and university students with very positive results. Also, the eVscope has an autonomous field detection which makes it easy for learners to pinpoint specific places, and with the smartphone connection capabilities people can save and share their pictures, and unlike other telescopes it is portable and autonomous. Currently, Unistellar optics has a Kickstarter campaign for this product with more than 2000 backers. eVscope is 100 times more powerful than a classical telescope and could change the way people see the sky and learn about astronomy.