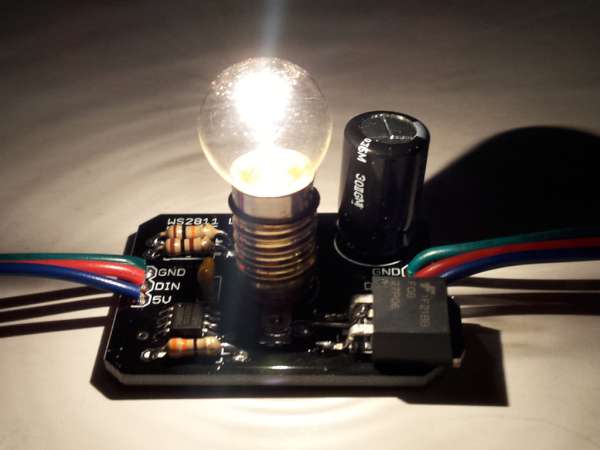 Michael wrote an article on controlling a bunch of lamps individually with WS2811 drivers and Arduino. [via]

I simply used the same technology as LED strips to allow communication between lamp modules. LED strips have RGB LEDs with an embedded driver chip which uses PWM (pulse width modulation) to control the duty cycle on the red, green, and blue LEDs. This combined LED/chip is called WS2812 or WS2812B. On older LED strips, the driver chip was not embedded into the LED itself, but was a separate chip called WS2811. These standalone driver chips are somewhat obsolete now which means they are cheap! I got 50 of them on eBay for $5.00. Since these modules use the same technology as LED strips, the same code can be used. Adafruit’s NeoPixel library is a very simple way to control LEDs, so we can control each lamp easily. The lamp is controlled by the “blue” pin on the WS2811 so that is the value to set.