Skip to content
HomeBlog NanoPi NEO Core Board for 8$ 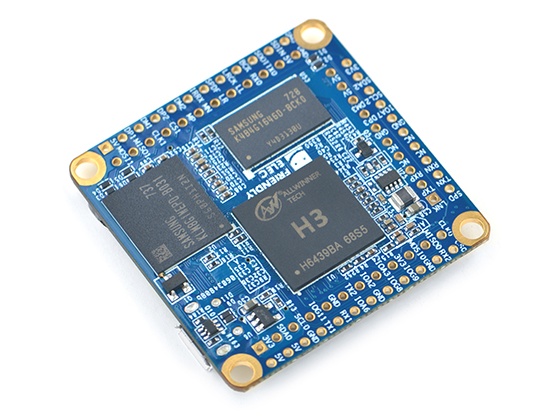 NanoPi NEO Core Board for 8$

The NEO Core uses a popular Allwinner H3 SoC and has onboard 256M/512M DDR3 RAM. FriendlyElec offers models with three eMMC options: 8GB/16GB/32GB and one that doesn’t have eMMC at all. FriendlyElec migrated UbuntuCore with mainline kernel 4.11 for it. FriendlyElec develops a Mini Shield for NanoPi NEO Core/Core2 which has the same form factor as the RPi 3. When a NanoPi NEO Core is connected to this Mini Shield the whole assembled module can be well fit into a common RPi 3’s case.