Skip to content
HomeBlog Nvidia’s Jetson Xavier is an AI Computer boasting a $10,000 Worth Of Power For Your Machines and Robots 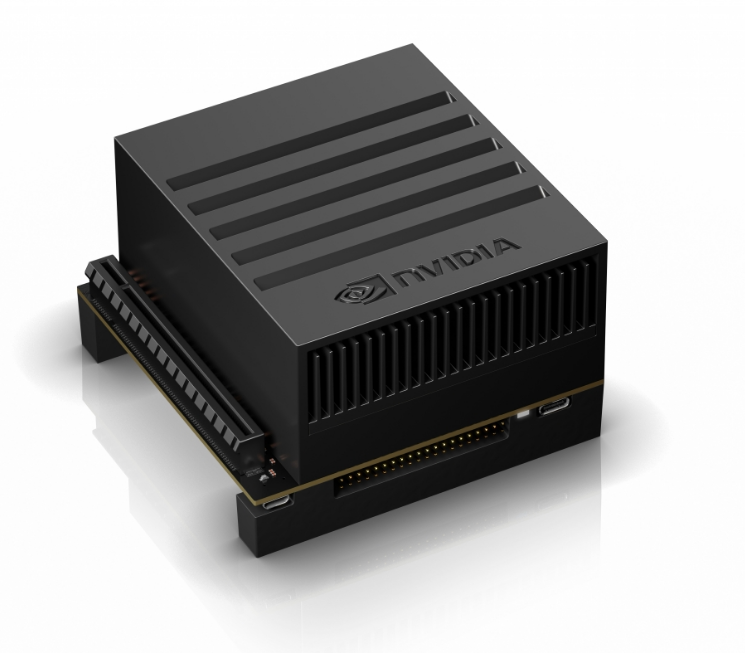 Nvidia’s Jetson Xavier is an AI Computer boasting a $10,000 Worth Of Power For Your Machines and Robots

NVIDIA Jetson Xavier is the latest addition to the Jetson platform. It’s an AI computer for autonomous machines, delivering the performance of a GPU workstation in an embedded module for a consumption under 30W. With multiple operating modes at 10W, 15W, and 30W, Jetson Xavier has greater than 10x the energy efficiency and more than 20x the performance of its predecessor, the Jetson TX2.

Jetson is a product of Nvidia (Nvidia Jetson) and one of the most powerful embedded platforms for computer vision applications and AI on edge. The Jetson platform is a range of computation processor boards which consists of the Jetson TK1, TX1, and TX2. They’re powered by a Nvidia Tegra which utilizes the ARM Central Processing Unit (CPU). Various operating systems can run on them, such as Linux distros and QNX which is a commercial Real-Time Operating System (RTOS) designed primarily for embedded systems. Nvidia is adding now a new more powerful member to the Jetson Platform.

Nvidia is very excited to announce the release of Jetson Xavier, an Artificial Intelligence computer that works with autonomous machines giving off a GPU workstation in an embedded module and now available in a Jetson Xavier Developer Kit $1299 (USD). It has a super high performance of close to 30 trillion operations per second (TOPS).

Jetson Xavier is designed for robots, drones and other autonomous machines that need maximum compute at the edge to run modern AI workloads and solve problems in manufacturing, logistics, retail, service, agriculture and more. Jetson Xavier is also suitable for smart city applications and portable medical devices. Launched at Computex 2018 in Taiwan by Nvidia CEO Jensen Huang, the Nvidia Isaac Platform includes new hardware, software, and a virtual-world robot simulator that makes it easy for developers to create new kinds of robots.

This is the single longest processor project we have ever done in our company, Xavier has roughly the same processing power as a $10,000 workstation equipped with a graphics processing units. Plus, it’s easy on the power consumption, he added.

Jetson Xavier is capable of more than 30 TOPS (trillion operations per second) for deep learning and computer vision tasks. The 512-core Volta GPU with support for Tensor Cores and mixed-precision compute is capable of up to 10 TFLOPS FP16 and 20 TOPS INT8. Jetson Xavier’s dual NVDLA engines are capable of up to 5 TOPS each. It also has high-performance eight-core ARM64 CPU, a dedicated image processor, a video processor and a vision processor for accelerating computer vision tasks.

It also announced an “Isaac” software development platform for robots and other autonomous machines that run on its Linux-friendly octa-core “Jetson Xavier” module. The NVIDIA Isaac Software Development Kit (SDK) gives you a comprehensive set of frameworks, tools, APIs, and libraries to accelerate development of robotics algorithms and software.

The Isaac robotics software consists of:

The Jetson Xavier Developer Kit will be available for early access in August and open to the public in October. Developers using a Jetson TX2 or TX1 to develop autonomous machines using the JetPack SDK can sign up to be notified when they can apply for early access by completing a survey. More information may be found in the Xavier product page.