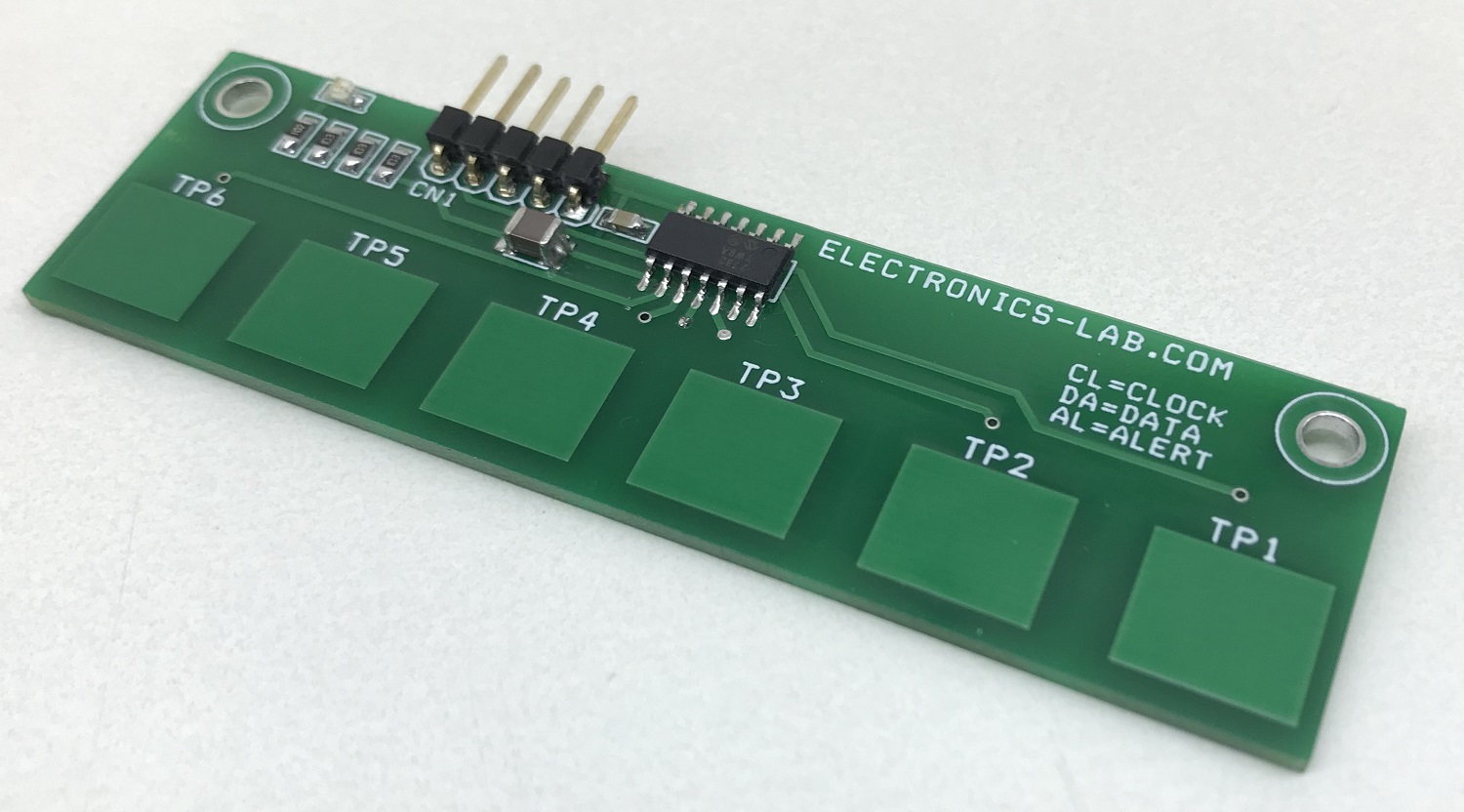 The module described here is a 6-channel capacitive touch sensor. The project is based on CAP1206 IC which contains six (6) individual capacitive touch sensor inputs with programmable sensitivity for use in touch sensor applications. Each sensor input is calibrated to compensate for system parasitic capacitance and automatically recalibrated to compensate for gradual environmental changes. The CAP1206 features Multiple Pattern Touch recognition that allows the user to select a specific set of buttons to be touched simultaneously. If this pattern is detected, a status bit is set and an interrupt is generated. The CAP1206 has Active and Standby states, each with its own sensor input configuration controls. Power consumption in the Standby state is dependent on the number of sensor inputs enabled as well as averaging, sampling time, and cycle time. Deep Sleep is the lowest power state available, drawing 5μA (typical) of current. In this state, no sensor inputs are active, and communications will wake the device.

Refer to the datasheet of CAP1206 for more information on configuration and controlling the module using a microcontroller, Arduino, or Raspberry Pi. 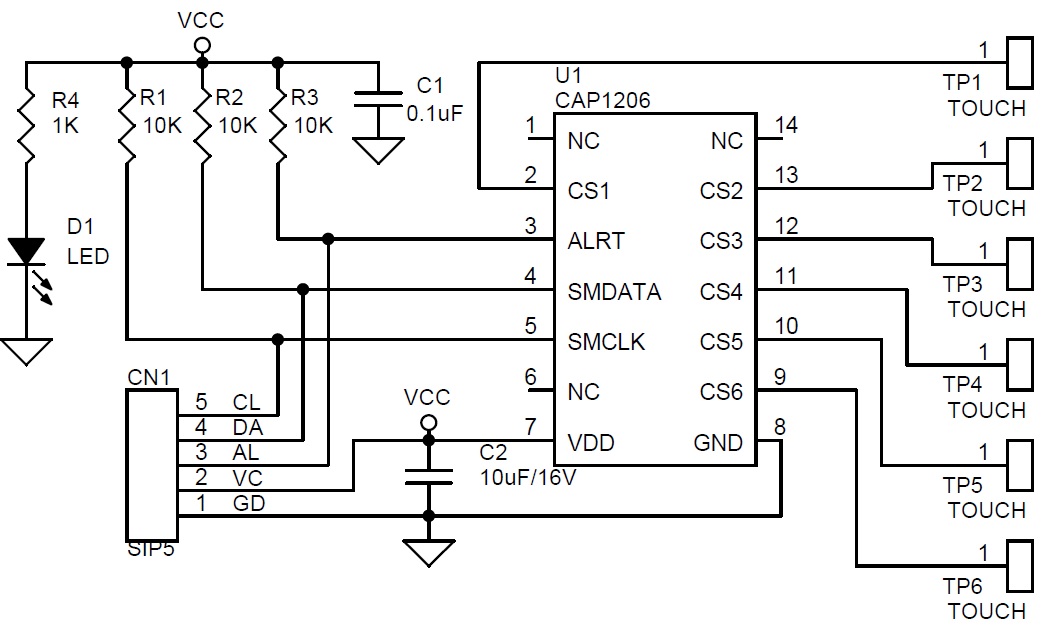 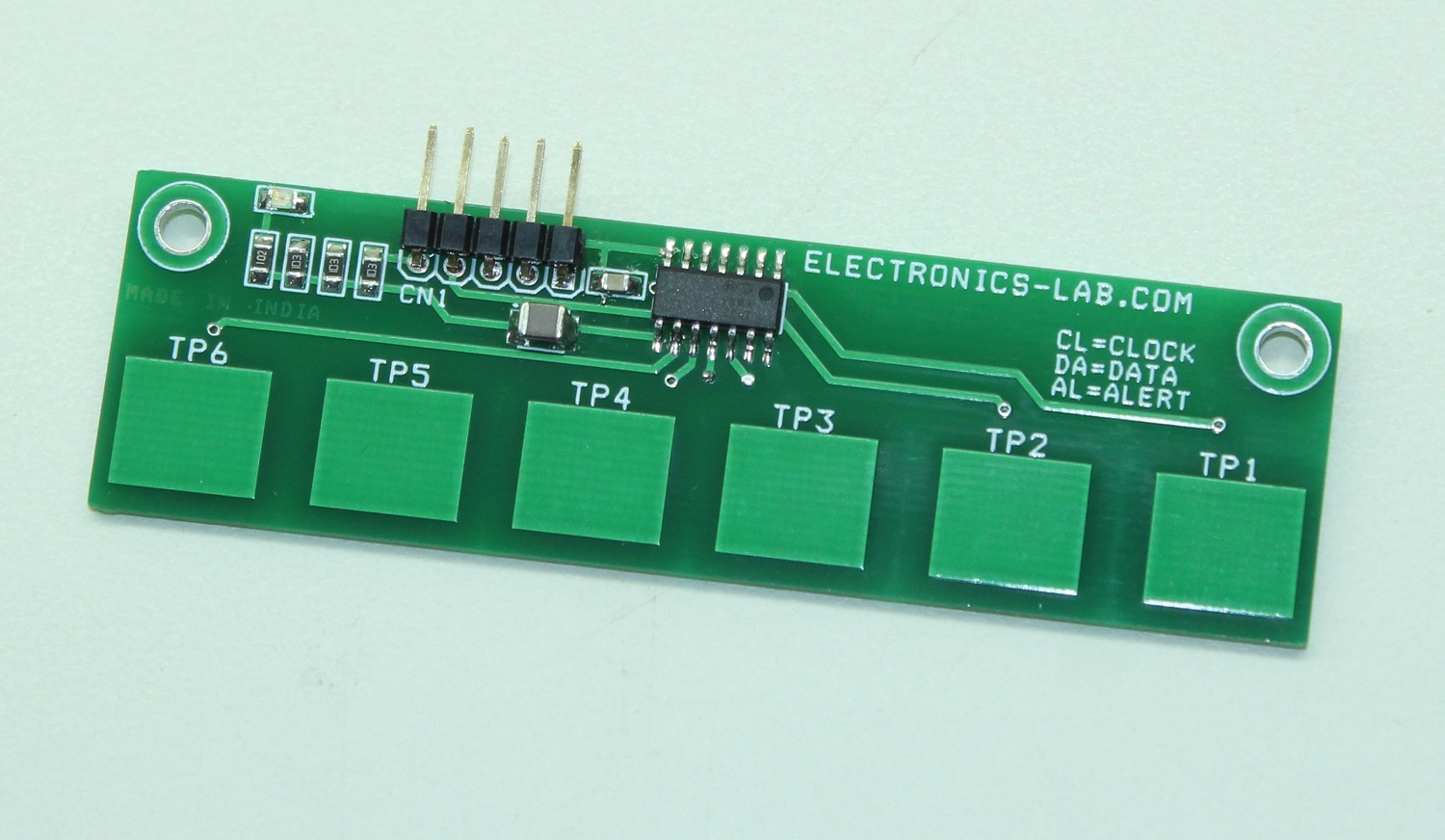 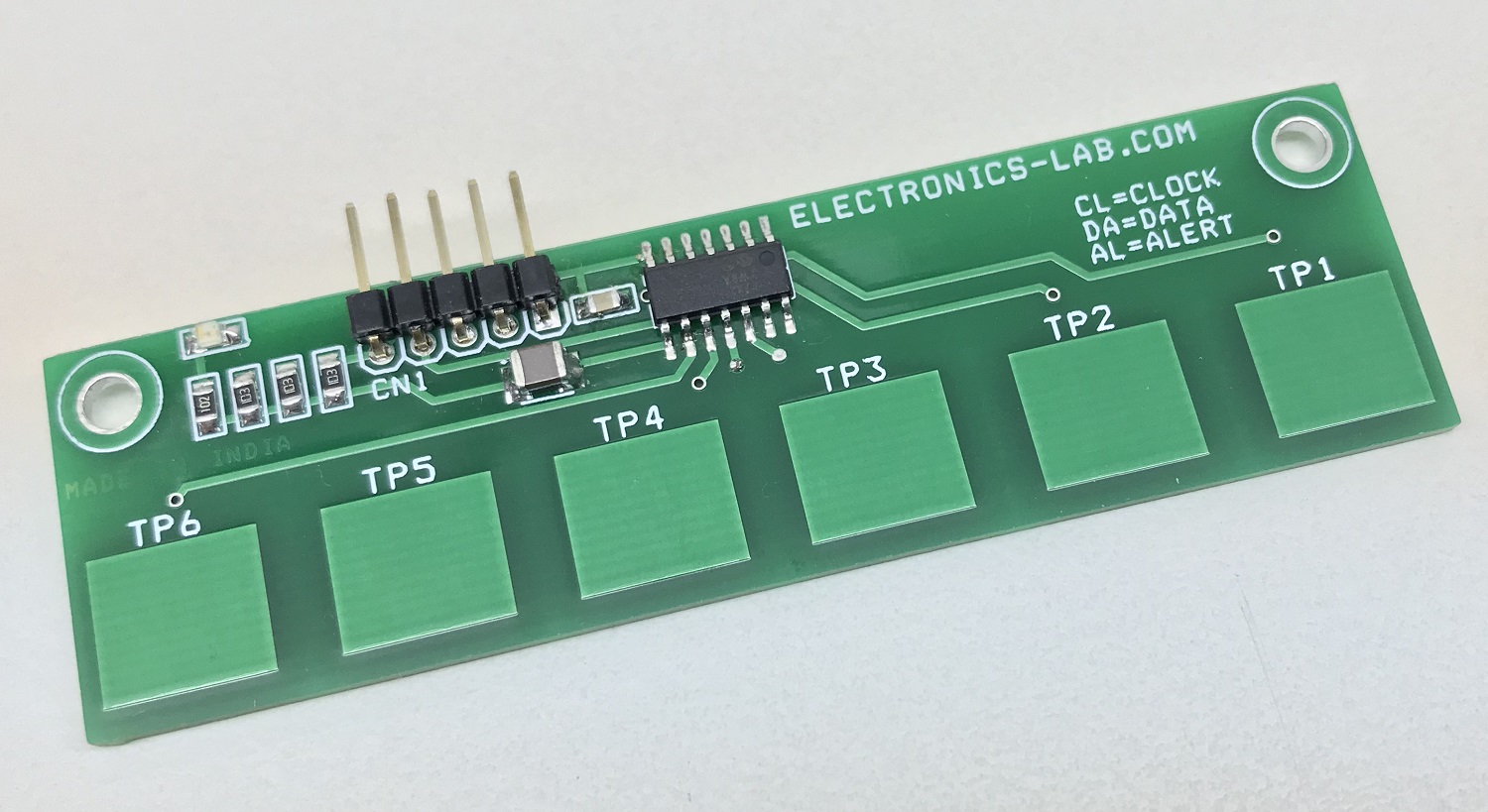