“Should I cut the blue wire… or the red…?” This is a very common phrase in many movies when the action hero has a bomb in front of him with little time left and he has to choose which wire to cut and stop the bomb from exploding saving millions of people.

This game is just that… a count down timer and 4 wires of different colors. The player has to remove each wire until it deactivates the bomb. 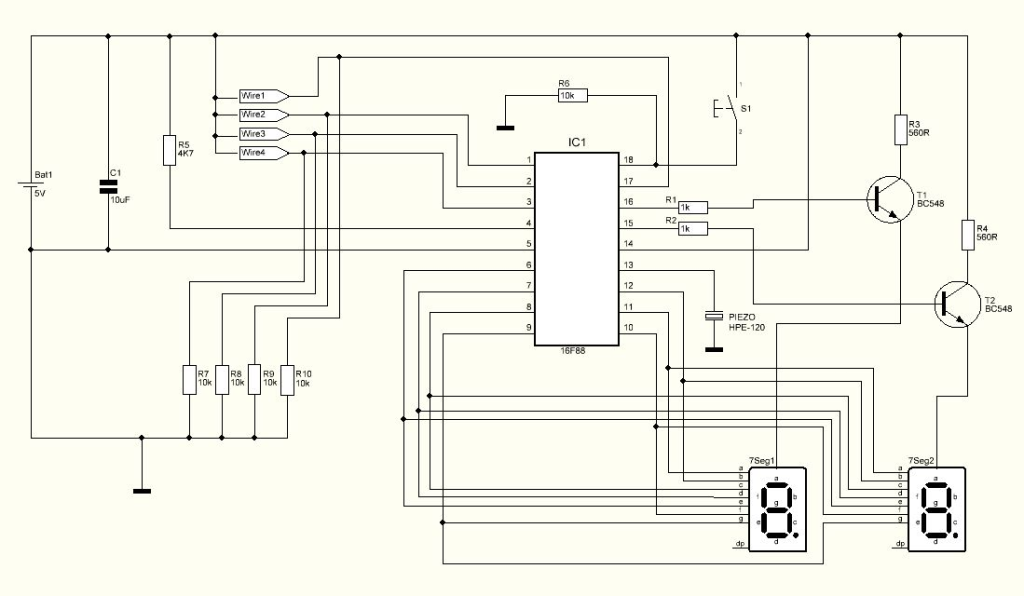 I’ve decided to build my version on a breadboard because it has a more realistic look. All the wires and components create a better game experience. Anyway I have made a pcb drawing making it possible to create a clean build. The PCB used for this Project is double layer and its size is 70.79 mm x 42.01 mm. Download the PCB files on the bottom.

As the game begins, the count down will start. The display shows the timer and 15 seconds is all the time we have to defuse the bomb.

There are four wires – red, green, blue and white. Unplugging them will simulate the cutting of the wire. Only one wire can be unplugged at a time and each wire can only be used once per play.

There are four actions possible – defuse the bomb, explode the bomb, increase timer speed and no consequence.

There is no need to change the color position because each position will correspond to a random action.

Every time a wire is unplugged, its action will be randomly given meaning that it’s possible that even all of the wires will not defuse the bomb. 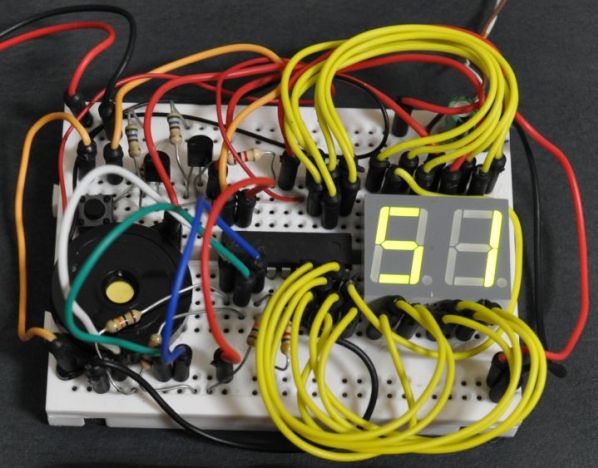 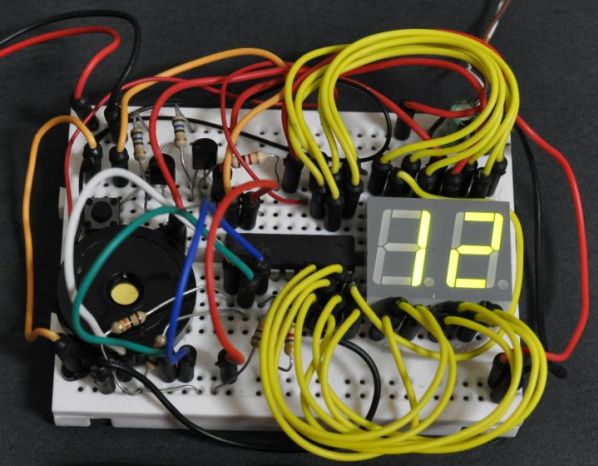 Counting down – time to choose which wire to pull 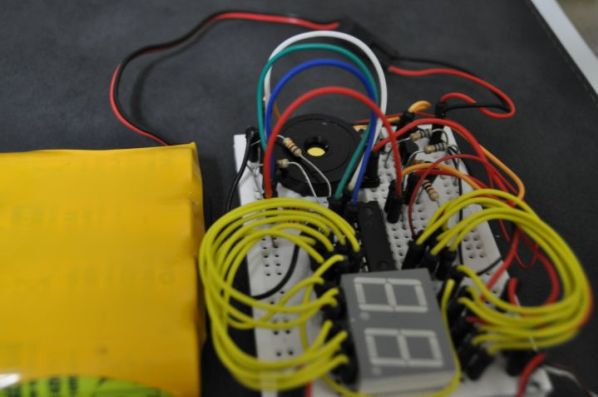 The Hex program named Bgame.Hex must be saved in the 16F88 microcontroller’s memory before soldering on the PCB. Download HEX in the files at the bottom.

A video of this project working can be found at the link: http://www.youtube.com/watch?v=YnFUfPpllh8

It’s an original game and can bring a lot of fun to the kids.

For a final look it’s possible to cut 3 pieces of PVC tube, paint them in red and glue the circuit on the tubes. This will make the traditional look of the dynamite bomb. 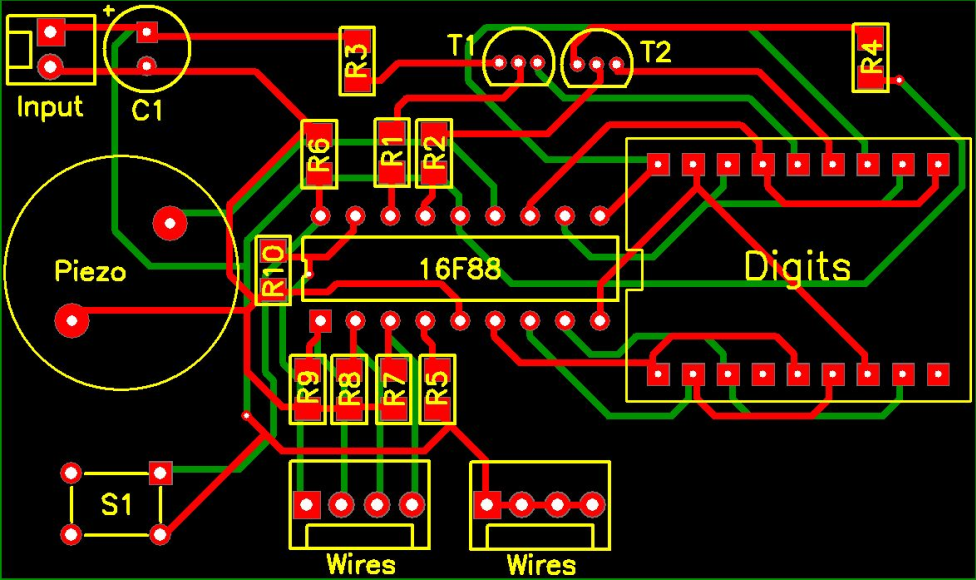 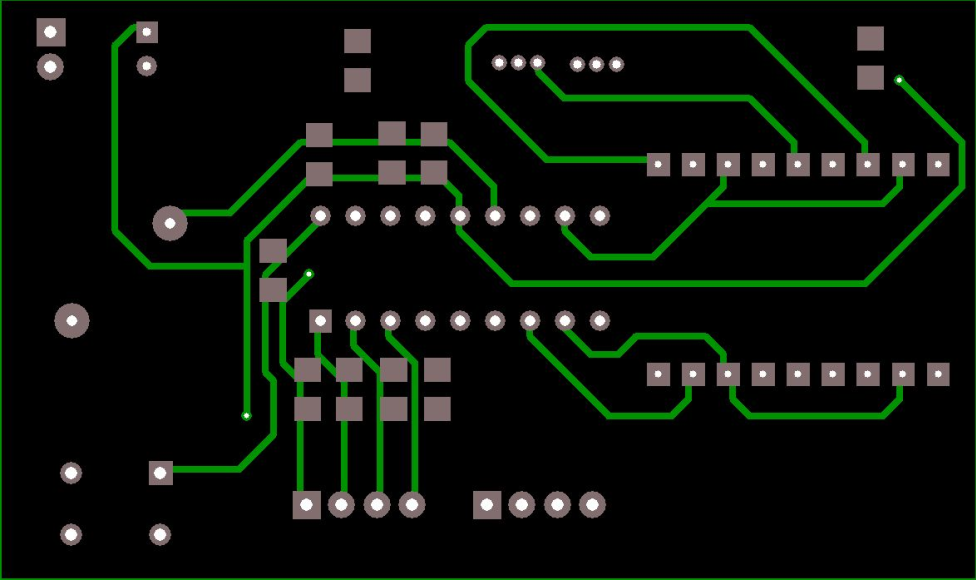 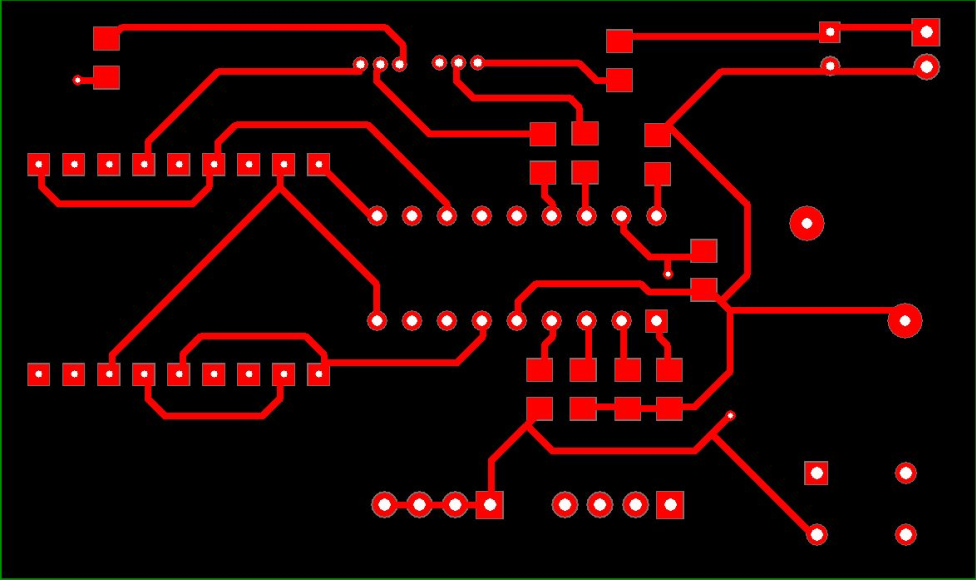 Would you please to send me the source code?
I want to study more about it, and I want to try new things on CCompiler.

We are sorry, only .hex file is available, you may try to contact the author.

How do I get the hex file on the 16f88 microcontroller

You will need a PIC programmer like PICkit2 or K150 connected to the microcontroller and your PC running a programming software.

It depends on which programmer do you have. Usually the programmer comes with it’s software.

What’s the point if you don’t include any source file ? And your PCB is not optimized for low quality made, your routes are too much thin.

We are sorry, the source code for this project is not available from the author. Also the PCB definitely needs more work.

Does this work? Before I spend the money on it.

This has not been tested in our lab, so you always take this in consideration when building it. According to author this works and the video proves that.