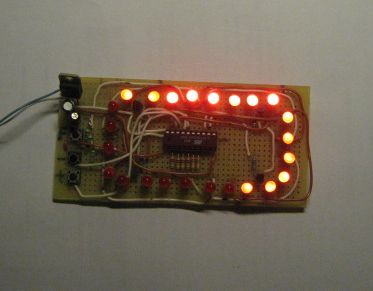 This project I made for my little daughter. It is 24 channel light illumination. The schematic is very simple  24 LEDs, 1 MCU and some additional components. The main principle is dynamic indication, which is usually implemented for control of 7-segment digital indicators. Here is the same, as for indicators are used traditional 5-mm LEDs. 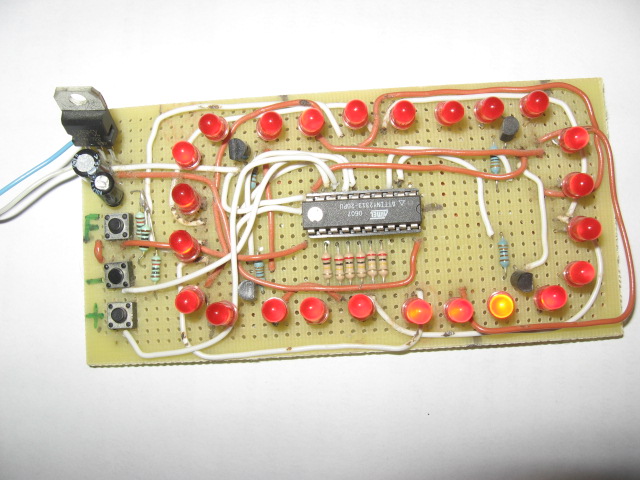 There are 3 buttons  “F”, “+” and “-“. The button F is for change of effect, and buttons “+” and “” are for increasing or decreasing the speed of effect. For example, each time when you press button “-” changing of lights go more slowly. For fast changing of speed you can press and hold the appropriate button.

The speed of effects is independent of speed of dynamic indication, which is constant.

The schematic can be powered by any DC adapter for 8 to 15 V / 100mA. I use 12V adapter and for the stabilizer 7805 there is no need of heat sink for them  this is one of advantages of implementation of dynamic indication. Others advantages are simple schematic and PCB, lower pin count of MCU etc. 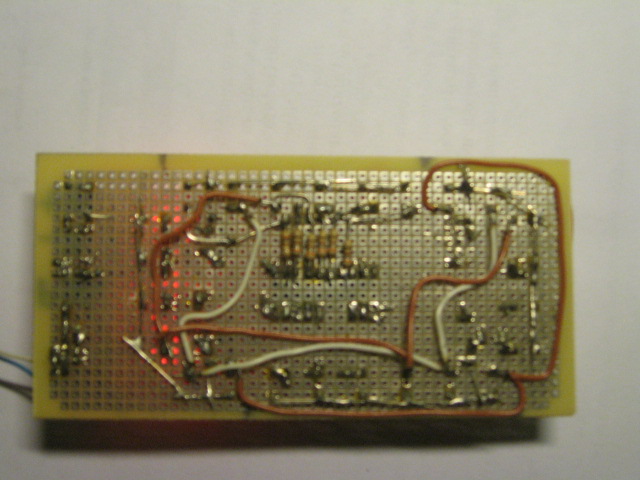 Software is written in assembler of IDE AVRStudio 4. The program code is below. There are a lot of comments for explanation how the program works. With simple changes in code everyone can make different effects and/or add them. Each effect can be up to 24 stages.

If the LED pins are made longer with additional wires, LED effects can be used for Christmas tree or for advertising text on shop window (for instance). If there is need, LED number can be easy increased up to 32 LEDs and stages. Enjoy! 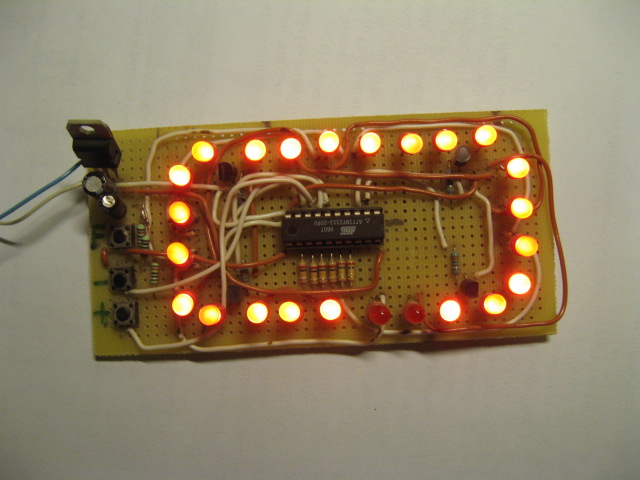 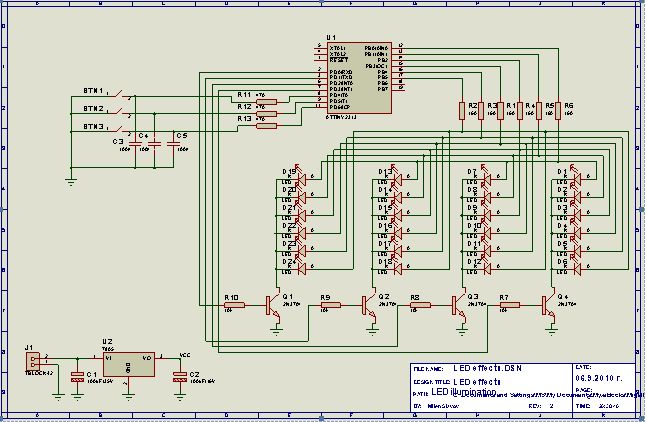 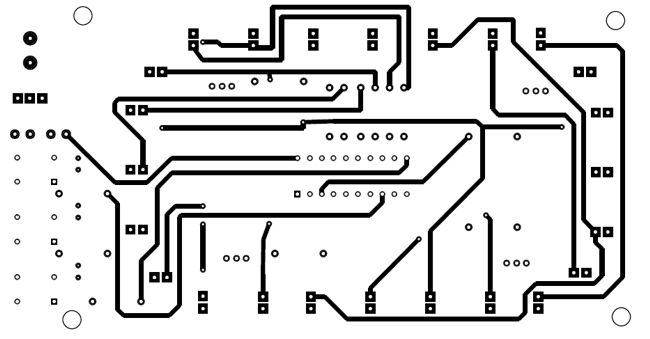 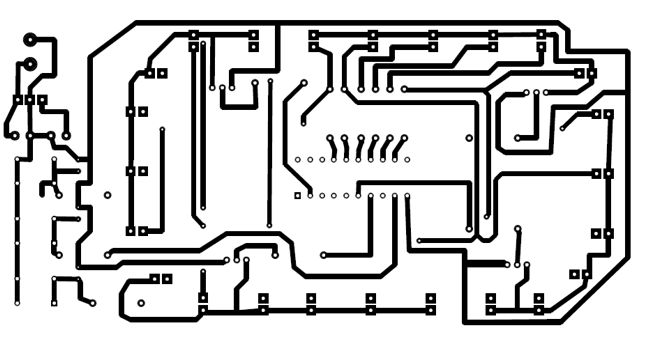