The circuit presented here is a LED light stick which changes its color in respect with the room temperature. This is an Arduino compatible open source project consisting of 20 x WS2812B Addressable RGB LEDs, LM35 Temperature Sensor and ATmega328 microcontroller. Atmega328 microcontroller reads the LM35 temperature sensor and changes the RGB LEDs color as per sensor analog output. Multiple units of this board can be installed in the room to create full light color effects. Colors of this light will change as the atmosphere’s temperature changes. Placing the LED stick underneath a furniture or behind picture frames on the wall helps create a nice effect as well as improve the ambience of the room.

Example Arduino Code is provided to test the board and the code and can be modified or re-written as per user requirements.

WS2812B is an intelligent control LED light source that the control circuit and RGB chip are integrated in a package of 5050 components. It internal include intelligent digital port data latch and signal reshaping amplification drive circuit. Also include a precision internal oscillator and a voltage programmable constant current control part, effectively ensuring the pixel point light color height consistent. The data transfer protocol uses single NZR communication mode. After the pixel power-on reset, the DIN port receive data from controller, the first pixel collects initial 24bit data then sent to the internal data latch, the other data which reshaping by the internal signal reshaping amplification circuit sent to the next cascade pixel through the DO port. After transmission for each pixel, the signal to reduce 24bit. pixel adopt auto reshaping transmit technology, making the pixel cascade number is not limited the signal transmission, only depend on the speed of signal transmission. RESET time>280μs, it won’t cause wrong reset while interruption, it supports the lower frequency and inexpensive MCU. Refresh Frequency updates to 2KHz, Low Frame Frequency and No Flicker appear in HD Video Camera, it improves excellent display effect. LED with low driving voltage, environmental protection and energy saving, high brightness, scattering angle is large, good consistency, low power, long life and other advantages. The control chip integrated in LED above becoming more simple circuit, small volume, convenient installation. 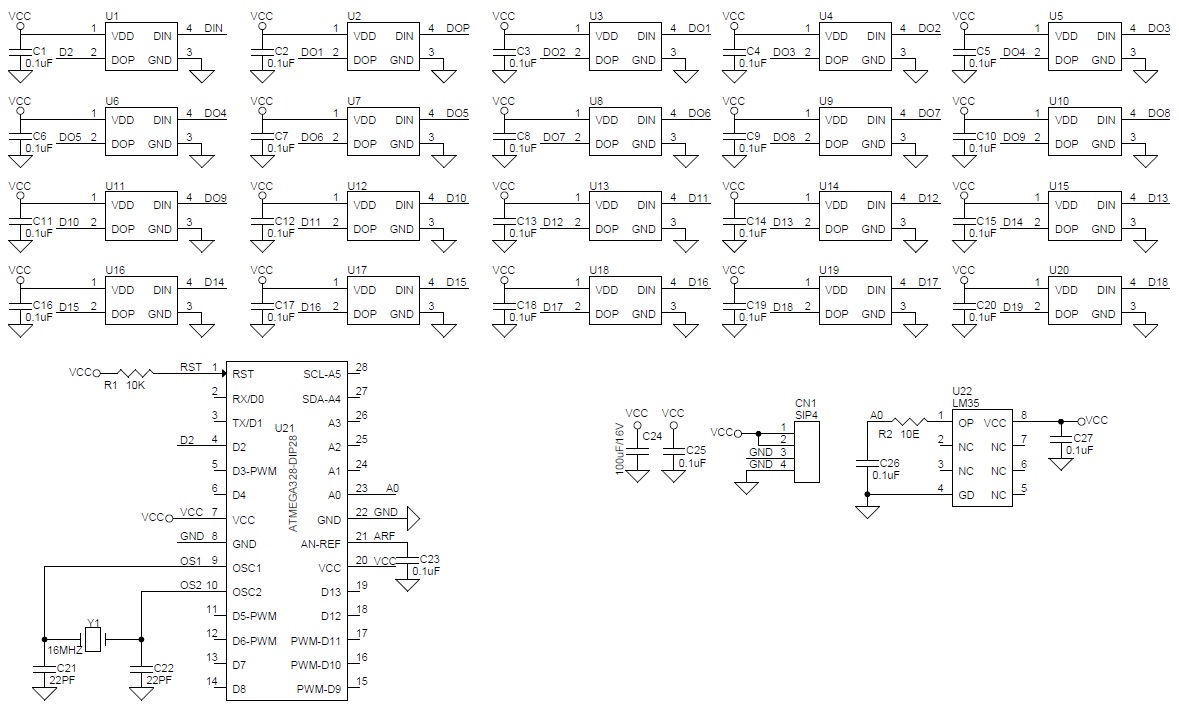