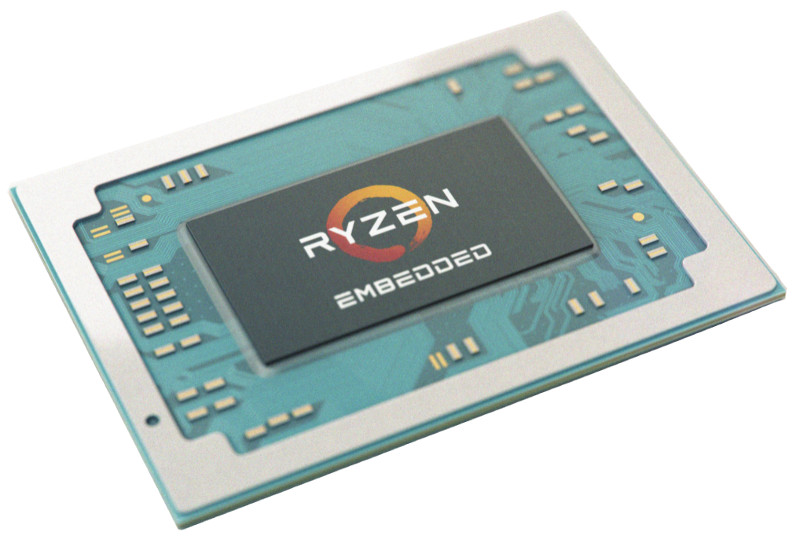 Arbor Technology recently announced the specifications for a new board, a COM Express Compact Type 6 module called the EmETXe-a10M0. The board which is based on AMD’s Ryzen Embedded V1000 SoC with up to 32GB of memory plus a GBE Controller and triple display support joins several other V1000-based modules that use the 95 x 95mm Compacts Type 6 form factor such as Seco’s COMe-B75-CT6, Ibase’s ET976, and the Kontron’s COMe-cVR6 which is also now available with the scaled-down Ryzen Embedded R1000. 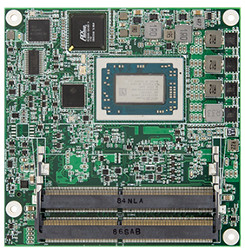 The EmETXe-a10M0 comes Ubuntu ready and can run either of Ubuntu Linux or Windows 10 on your choice of three quad-core V1000 models which have been soldered down to the board to improve general reliability.

The module is equipped with up to 32GB DDR4 via dual sockets. It supports triple independent displays by way of 3x DDI interfaces with a choice of 24-bit LVDS or optional DisplayPort. The module also comes with an HD audio codec on board along with a GbE controller (Intel i210IT) and support for 2x SATA III, 8x PCIe x1, and PCIe x8. Additional I/O includes 4x USB 3.1, 8x USB 2.0, 2x UART, 8-bit DIO, LPC, and SPI with a watchdog and optional TPM 2.0. 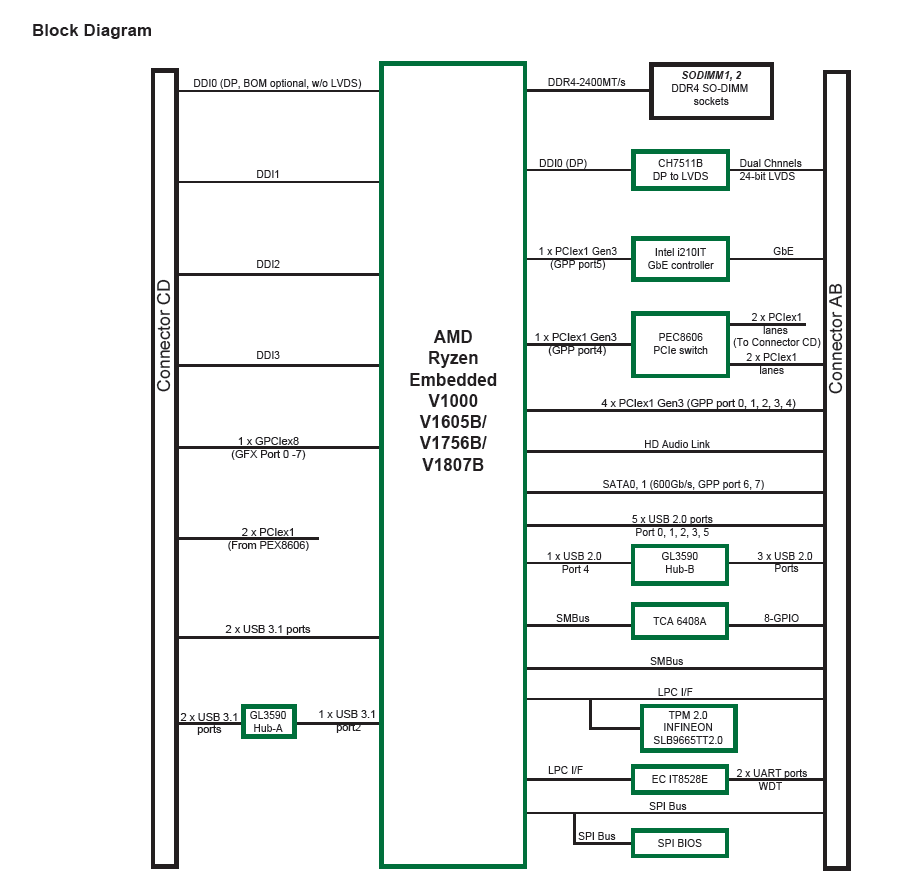 The board can be powered via it’s 5-20V power input with a power consumption of 2.39A when powered from a 12V power supply unit using the lower end V1605B. Physicall the module supports temperatures between -20 to 70ºC with a 10 ~ 95% @ 70ºC (non-condensing) humidity tolerance.

Some of the features of the board are highlighted below:

Additional accessories that could be ordered along with the boards include a heat spreader, heat sink, cable kit, and an unspecified ATX form-factor carrier board.