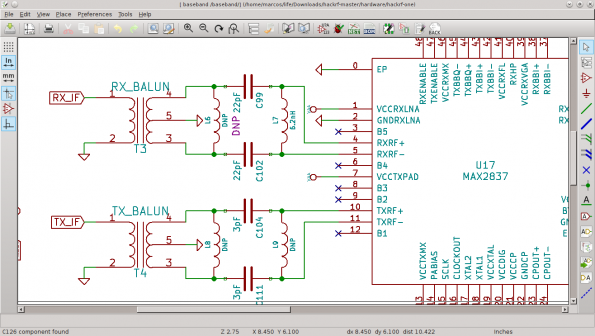 Digi-Key Electronics has announced that it is in beta release of a library containing almost 1,000 common parts for the open-source KiCad schematic capture and PCB tool. By Ally Winning @ eenewsembedded.com:

The library will be hosted on the Digi-Key website. It was built after Digi-Key analyzed the top 1,000 parts that KiCad users would require. The library combines schematic symbols and PCB footprints into atomic elements and adds fields including part numbers and datasheet links. As the library has the same license as KiCad’s main library, it is freely available to all developers. The final release of the library is planned for early 2018.