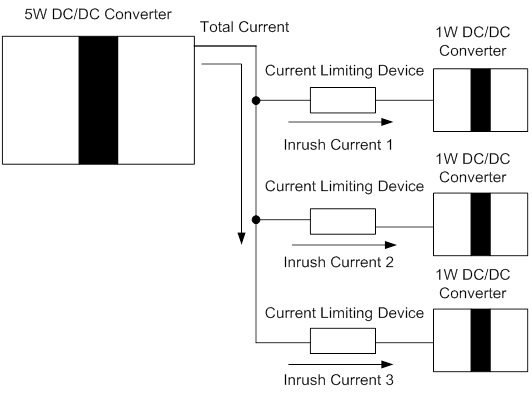 aimtec.com has a basic article on how to limit inrush current using passive components.

Inrush current or input surge current refers to the maximum, instantaneous input current drawn by an electrical device during its initial turn on.

The inrush current of a power converter is typically the charging current of the input capacitance.