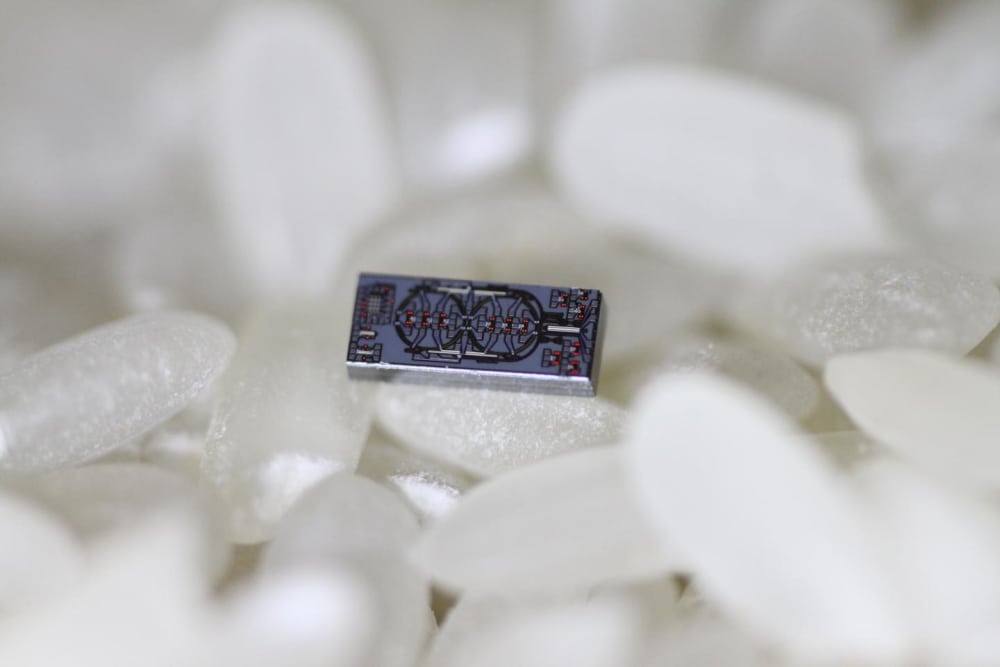 Minature Optical Gyroscope is Smaller Than a Grain of Rice

Gyroscopes are present in virtually any modern electronic gadget. They re used in a host of techs, like cell phones, vehicles, drones and wearables. The gyroscopes used presently in our phones will most likely be MEMS-based. Caltech, has gone some extra miles, by successfully developing a new type of gyroscope that is 500 times smaller and 30 times more sensitive than the MEMS version. This research was published in Nature this month.

The conventional MEMS-based gyroscopes functions, by measuring the forces of two identical masses that are oscillating and moving in opposite directions. On the other hand, the optical gyroscope that the Caltech research team developed makes use of lasers rather than MEMS to attain the same result. Even thought the optical gyroscopes are effective in theory, in practice they have been hard to shrink, because the noise-to-signal ratio is inversely proportional to the optical gyroscope’s size.

The new optical gyroscope, is based on Sagnac Effect. This effect was discovered by French physicist Georges Sagnac, and the effect is based on Einstein’s principle of general relativity to identify changes in angular velocity. Majorly, a laser is divided into two beams, and each beam is projected along one side of a disk. As a result of light always traveling at a constant speed, the two beams get to the end of the disk at the same time, as long as the disk is not in motion. If the disk is spinning, the laser beams will get to the end-point out of sync.

The gyroscope measures that difference in synchronization, as the end-point beam has little changes in its properties that can reveal changes in the state of an object, like if you just picked up your phone, or dropped it. The Sagnac Effect however, is often prohibitively sensitive to noise in the signal. Things like small thermal fluctuations, vibrations from moving objects or loud noises can disrupt the beams as they travel.

The smaller the gyroscope is, the more easily it gets disrupted. Infact, the smallest high-performance optical gyroscopes operational today are close to the size of a golf ball. This makes it hard for it to be placed in little gadgets like a watch. To counteract these problems, the Caltech research team came up with the idea of lengthening the path that the laser beams will travel, enabling them to place small disks instead of large ones, while still attaining the same level of accuracy. According to Ali Hajimiri, Bren Professor of Electrical Engineering and Medical Engineering in the Division of Engineering and Applied Science, and the leader of the study, the technique is referred to as “reciprocal sensitivity enhancement.” In this context, “reciprocal” means that it affects both beams of the light inside the gyroscope in the same way.

This technique functions by using two disks instead of one, and then changing the direction that the light travelling from back and forth. This extends the path that the beams are travelling to several thousand rotations instead of one. If the path of the beams is longer, the amount of noise is more even across the two beams, therefore smoothing out defects from outside interference, and this results to an accurate measurement when the beams meet each other at the end. Even though the research has been gain some attention, we should note that it takes a long time for innovations like this to get from the lab to the factories for commercial production. The research has proven that designing optical gyroscopes of this tiny size is possible , but producing the results into a commercial product may take many years to achieve.