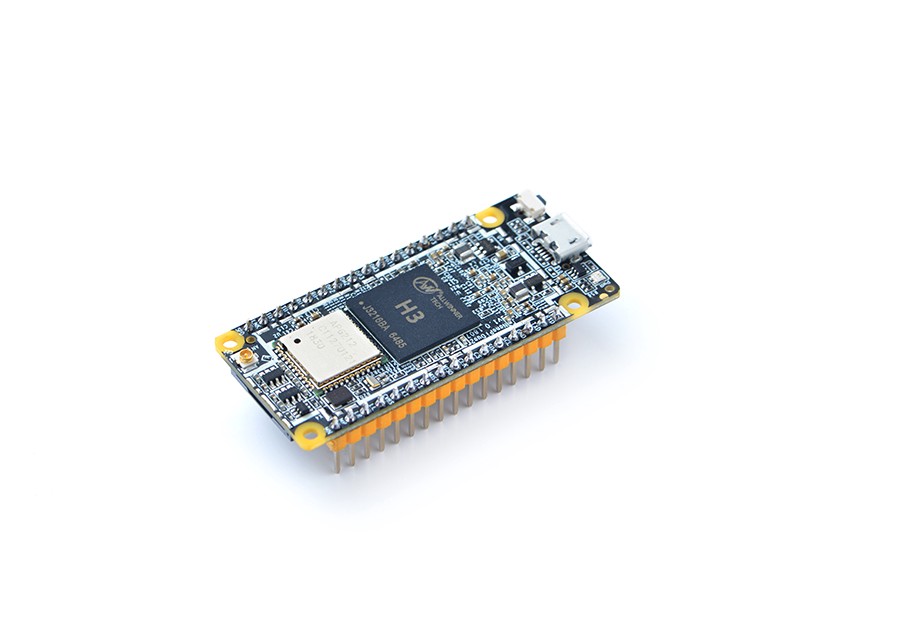 FriendlyElec has launched an upgraded miniature $20 “NanoPi Duo2” board that updates the original Duo with an Allwinner H3, Bluetooth, a camera connector, and an optional 2G carrier board.  NanoPi Duo2 has two 16-pin GPIO headers with breadboard pins in a dual-in-line layout. The Duo2 can be placed into an embedded design like a computer module or it can be plugged into a breadboard or optional carrier board.

The NanoPi Duo2 comes with an optional, $10 IoT-2G Application Carrier Board equipped with a 2G radio, which is specifically designed for the Duo2. The microSD slot and micro-USB OTG port make the Duo2 barely an SBC. The 55 x 25.4mm Duo2 is a bit larger on one end than the 50 x 25.4mm Duo. The extra space houses the new camera connector, which supports a ribbon cable connected to OV5640 based camera.

There’s an enhanced 802.11b/g/n wireless module, which adds Bluetooth 4.0. However, the Duo2 has a slim 20 to 70℃ operating range than the Duo. An IoT-2G Application Carrier Board, which is set to replace the Duo’s earlier ”Mini Shield” carrier is also available. It is said to be dedicated to the Duo2. The 85 x 56mm IoT-2G board is shaped like a Raspberry Pi board, but it’s restricted to dual USB 2.0 host ports. The board has a “SIM800C” quad-band, 2G GSM/GPRS module and microSIM slot, as well as a 2G antenna and dual 2G status LEDs. There’s also an IPX to SMA antenna converter for a WiFi antenna. The IoT-2G Application Carrier Board is fitted with a power-only micro-USB port and a 10/100 Ethernet port. There’s a debug UART, as well as audio, CVBS, UART, and I2C headers. 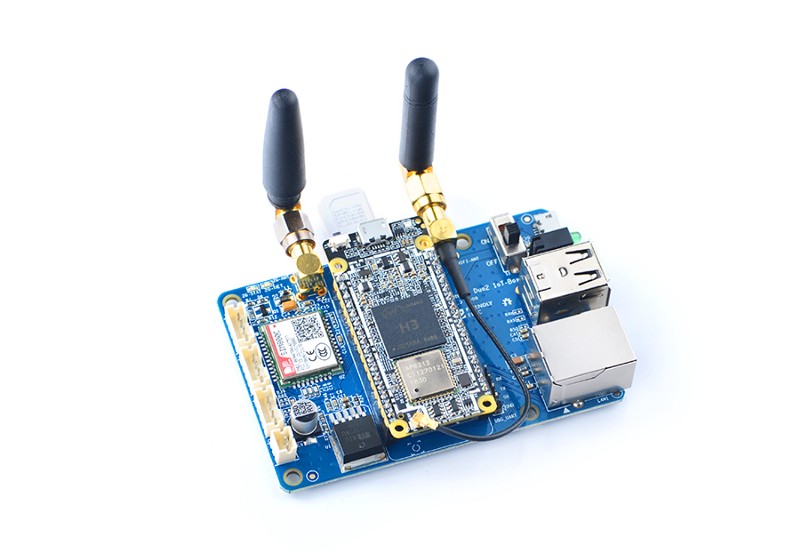 Specifications listed for the NanoPi Duo2 include:

Further information may be found on the NanoPi Duo2 product page and wiki, as well as the IoT-2G wiki.