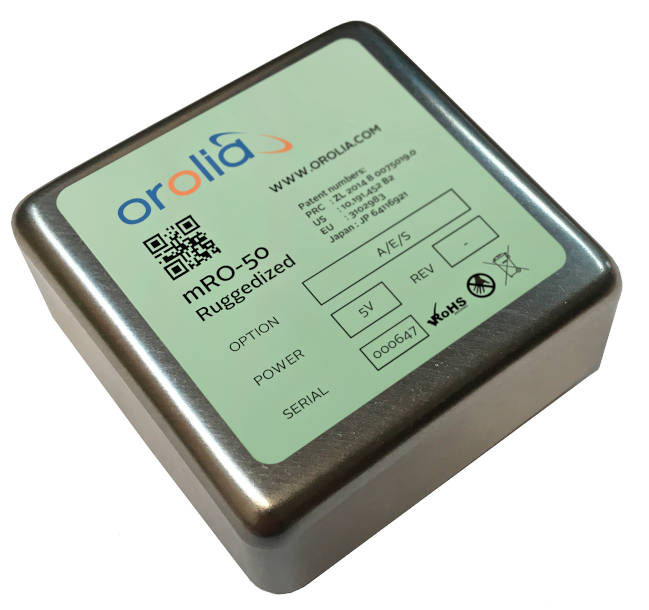 Called ‘mRO-50 Ruggedized’, its vibration rating has been raised from 4Grms to 7.7Grms (lock retained, MIL-STD-810H method 514.8 annex E – was annex C), and shock raised from 30G to 50G (MIL-STD-202G 11ms half sine) – qualification to the shock rating is still on-going, according to the datasheet.

Maximum temperature of the thermal chamber (with air flow around unit) is now -40 to +80°C, which was an option on the standard model – which is normally rated only -10 to 60 or +65°C.

Based in Neuchatel Switzerland, Orolia was founded in 2006 and has supplied timing products to ESA, NASA, JPL, Space-X, Blue Origin, NPL, CNES, DLR and JAXA. ESA awarded itcontracts to provide atomic clocks for the first 12 satellites for the Galileo 2nd generation. – each satellite will contain three of its Rubidium atomic frequency standards and two of its atomic clock physics packages integrated with Leonardo’s passive hydrogen masers.