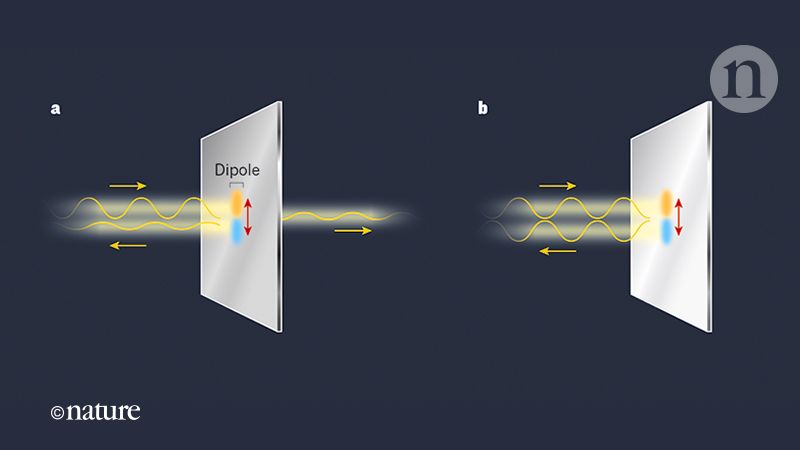 Graduate researchers at the City College of New York have demonstrated a LED based on half-light half-matter quasiparticles in atomically thin materials. By Julien Happich @ eenewsled.com

This is also the first successful test of an electrically driven light emitter using atomically thin semiconductors embedded in a light trapping structure (optical cavity), the researchers claim in a paper titled “A room-temperature polariton light-emitting diode based on monolayer WS2“ published in Nature Nanotechnology.

While such LEDs have been realized in other materials at low temperatures, this device operates at room temperature and is fabricated using the now well known “scotch tape” based technique

“The fact that this device is fabricated using stacks of atomically thin materials and operates at room temperature makes it an important first step towards a technologically relevant device demonstration,” noted Vinod Menon, chair of physics in City College’s Division of Science and the research team’s mentor. “One potential application of such hybrid LEDs is the speed of operation which can translate to using them for LED based communication systems including LiFi”, Menon added.

The device was fabricated at the CCNY-based CUNY Advanced Science Research Center’s nanofabrication facility and tested in Menon’s lab. In follow- up research, the CCNY team is attempting to realize quantum emitters (single photon emitters) using a similar architecture.