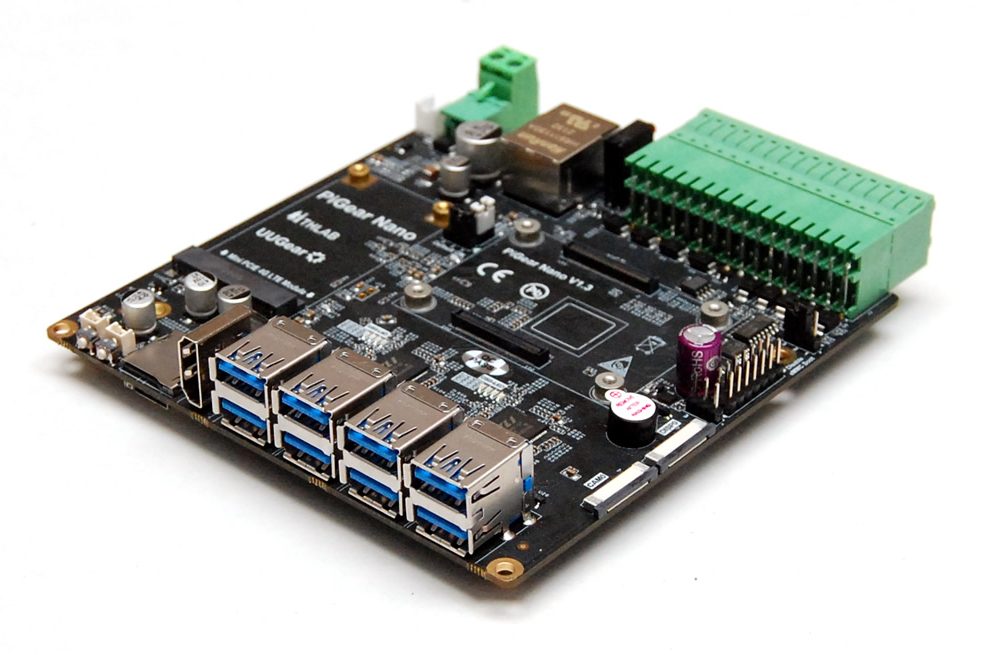 Dutch Company; UUGear has announced the release of its newest product in the year; the PiGear Nano – a Nano-ITX carrier board for Raspberry Pi compute module 4, designed specifically for industrial use while still maintaining functionalities for DIY, gaming console and small computer applications.

The board embeds a USB 2.0 Type-C connector for power or flashing the CM4 module, NVME SSD M.2 interface, and micro-SD card slot (for CM4Lite only) for system expansion, storage, programming, and debugging purposes.

The board also features several other integrated resources such as a real-time clock, buzzer, programmable LED indicator, 5V fan interface, and power and reset buttons.

To support a wide range of operating conditions and facilitate its deployment in industrial applications, the board runs with 7V – 30V DC supply. provided over a DC Jack or 5V DC via a USB-C connector and supports an operating temperature range between -30°C and 80°C. For better temperature management, PiGear Nano is delivered with a heatsink to protect the VL805 chip embedded on the board, to manage the heat that may be generated from processing USB Data from many devices at the same time. 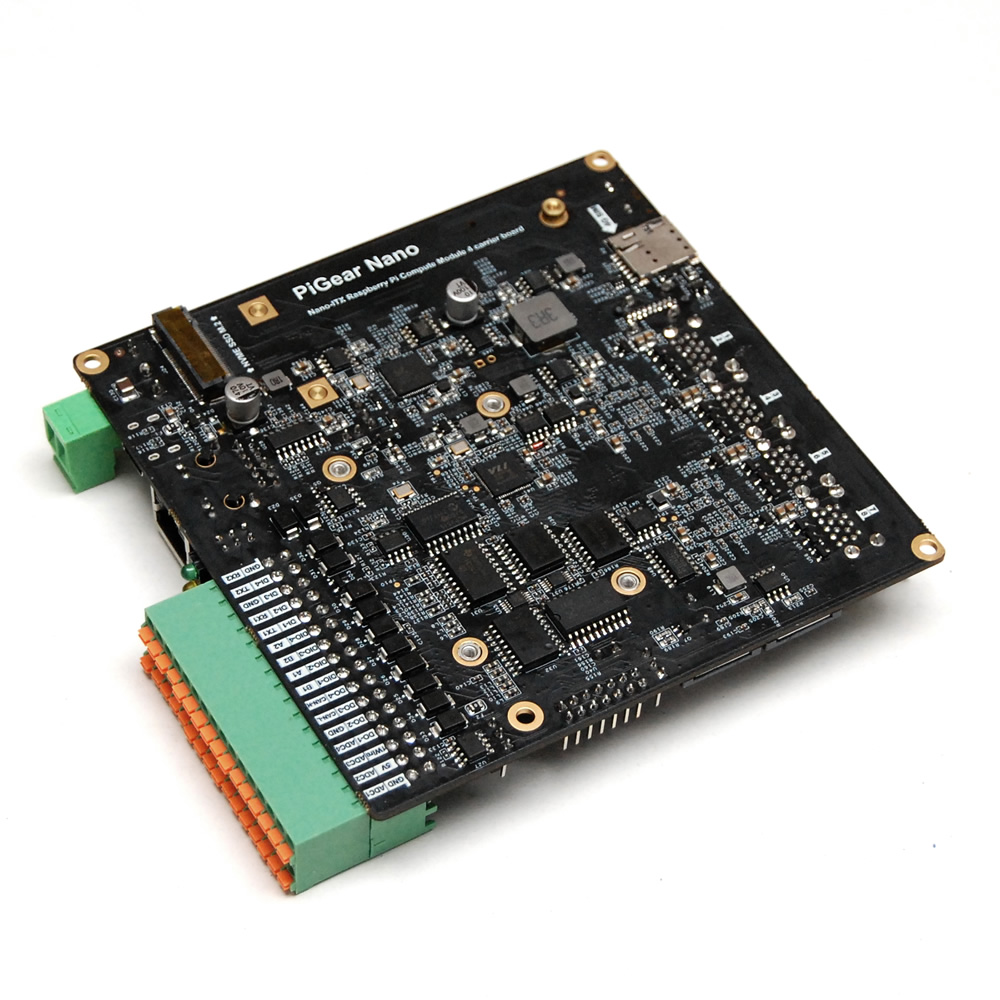 Key Specifications and features of the Pi Gear Nano are provided below; 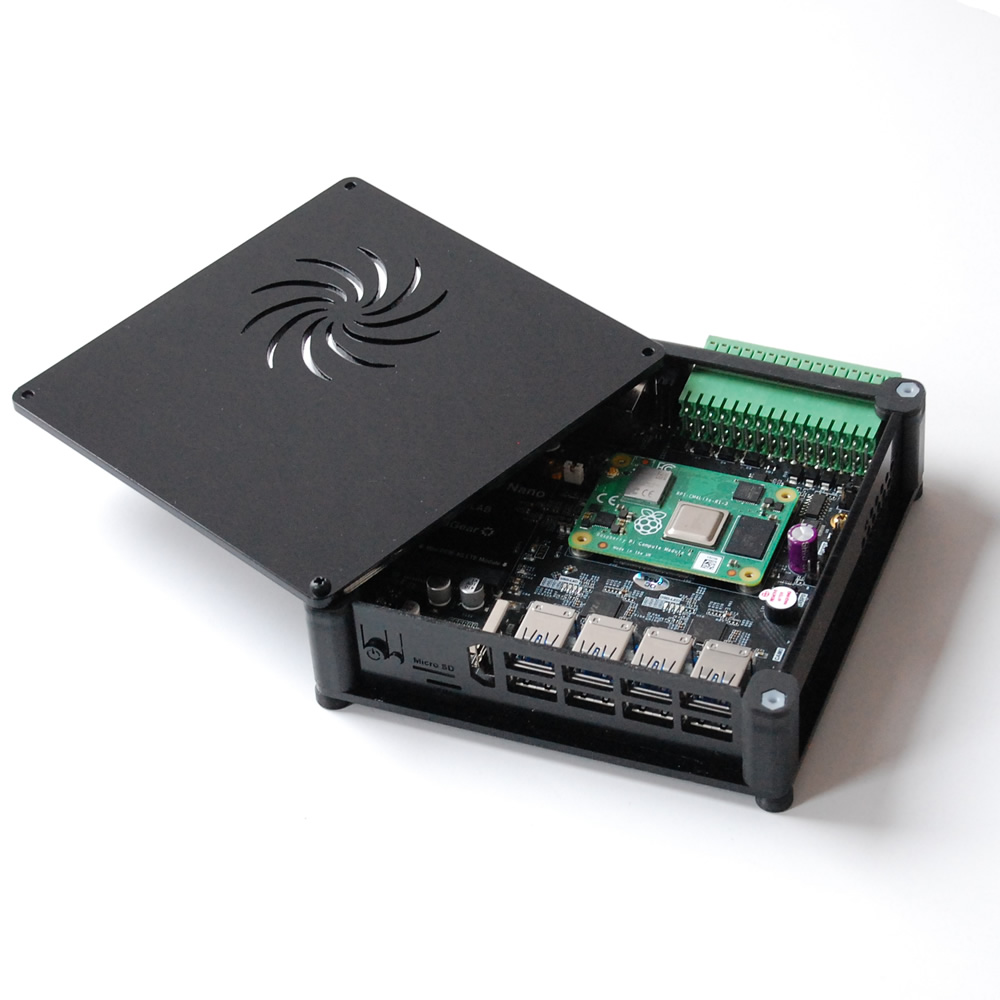 The PiGear Nano is built to run Raspberry Pi OS and like with the Pi, you will need to flash the OS image into the Compute module’s eMMC or on an SD card. On bootup, install the UUGear Script in the home directory and run it with sudo. The Script will create a backup of the current config.txt and cmdline.txt file, make changes to config.txt and cmdline.txt to correctly support the hardware, then create a daemon script to initialize the hardware, when done install the PiGear Nano.sh application, along with the UUGear Web Interface (UWI) so you can access, monitor and control your PiGear Nano via mobile phones, tablets or PCs easily.

More information about the PiGear and its Setup is available in its User manual.