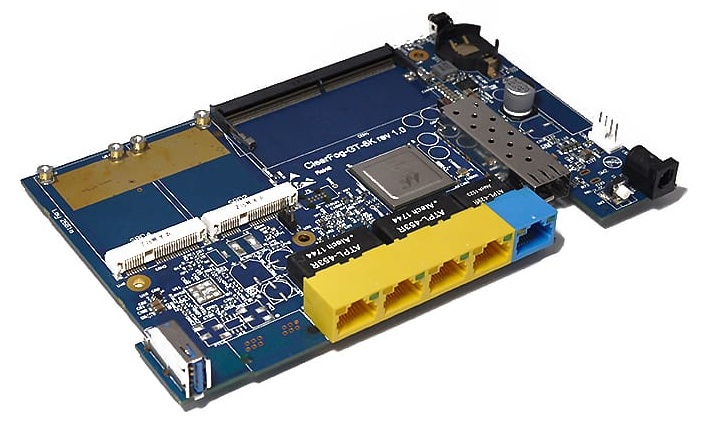 SolidRun releases ClearFog GT 8K; a high-end computing, Virtual Customer Premises Equipment to deliver network services such as routing, firewall security and virtual private network connectivity to enterprises. The Clear Fog family has the Clear Fog Pro, Clear Fog Base and now the Clear Fog GT 8K which has taken a little of the other SBCs (Single Board Computers) in the family and has made certain modifications.

The launching of ClearFog GT 8K means that SolidRun has now upgraded its entire ClearFog family with this newer networking board, powered on the same ARMADA A8040 processor as on the community board, and offering support for up to 16GB RAM, 6 network interfaces, including one 10GbE Small Form-Factor Pluggable Transceiver (SFP+) cage which is useful for telecommunication or data communications applications, and three PCIe slots. There is also the presence of a small RTC or CMOS battery that maintains the time, date, hard disk and other configuration settings in the CMOS memory when the main battery is removed.

This Single Board Computer is capable of running the Linux Kernel version 4.4x, Ubuntu 16.04, and Google IoT Core for easy connection to the Google Cloud Platform. 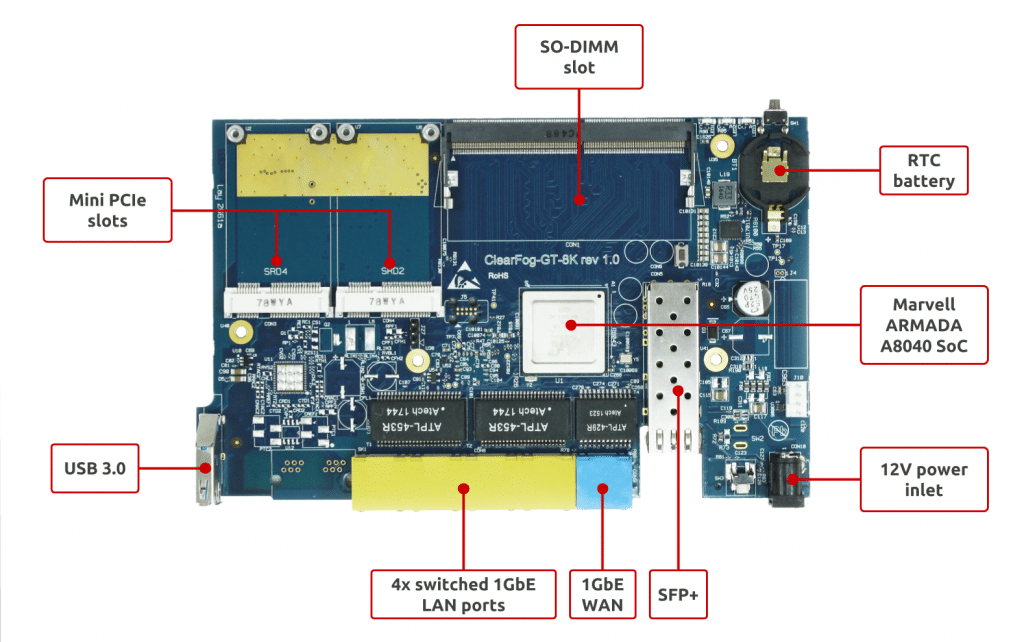 Below are specifications for the ClearFog GT 8K SBC

There are four different models available. They vary in price due to the kind of eMMC and RAM embedded in each one. The starting price is $209 which comes with 8GB eMMC, the next type comes with 128GB eMMC, and it costs $304, the third one costs $526 and has 8GB eMMC with 16GB RAM, and the last one which goes for $621 has 128GB eMMC with 16GB RAM. As compared to most SBCs in the market, the ClearFog GT 8K is a closed-spec, commercial board. More information about the product can be found on the SolidRun’s ClearFog GT 8K product, wiki, and shopping pages.