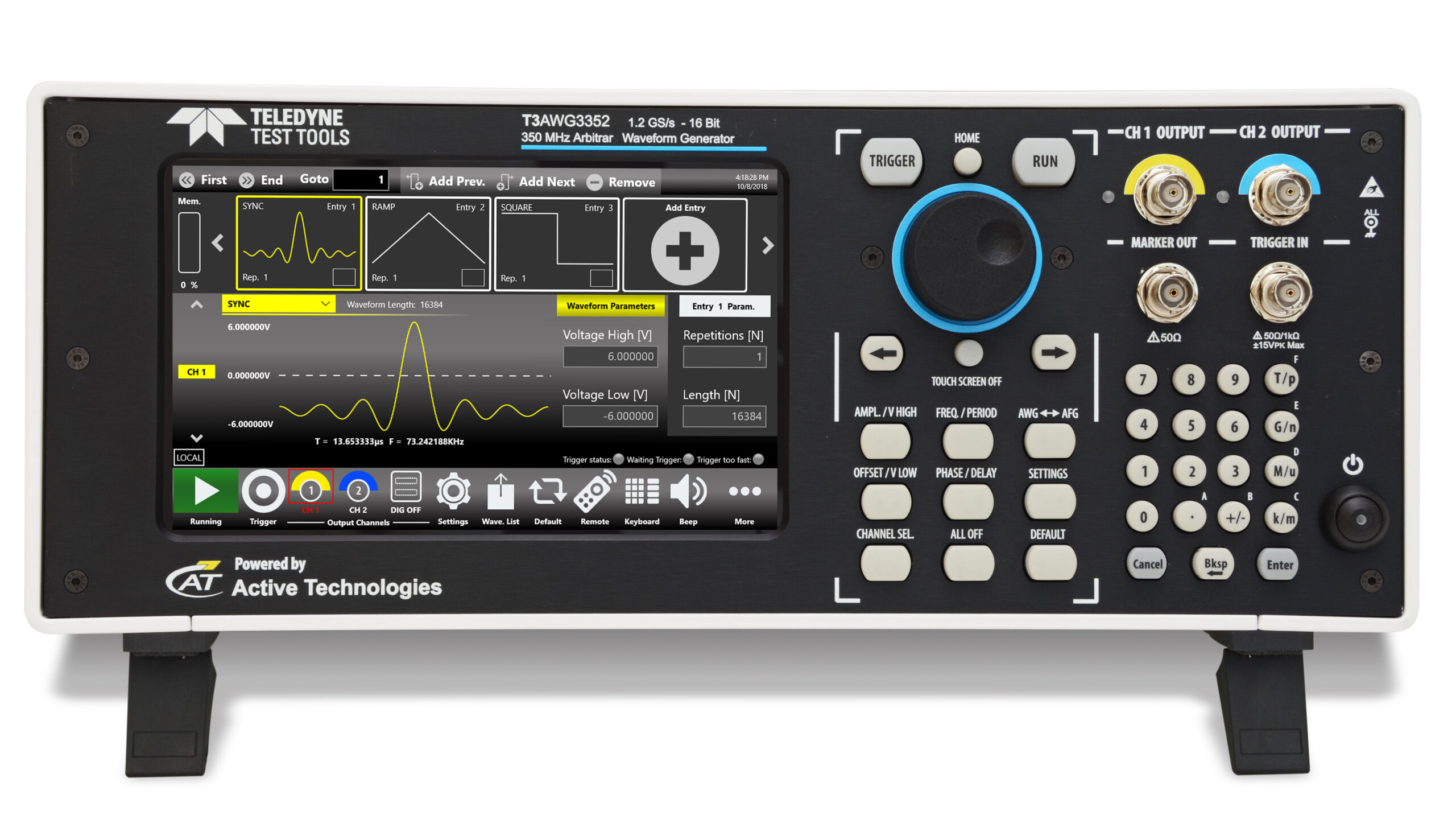 Saelig Company, Inc. has introduced the Teledyne LeCroy T3AWG3252 Multifunctional 16-bit Arbitrary/Function Generators that are designed with an innovative architecture that features synchronized analog signal and digital pattern generation. This multifunction 250MHz arbitrary/sweep/function generator combines multiple functions in a single instrument, including a two-channel function and arbitrary waveform generator with an eight-channel digital pattern generator. These three different functionalities are based on an advanced Direct Digital Synthesis (DDS) technology which allows glitch-free on-the-fly changes of all parameters while preserving the selected waveform shapes. All controls and settings are available with touch/swipe gestures on the color LCD. This makes it east to change channels, select the carrier, access the modulation parameters, access the waveform gallery to quickly import a chosen signal, or use the virtual numeric keyboard to change parameter values.

Application tasks for which this test instrument is especially suited include the Distortion Test for Automotive Ethernet 100Base-T1 and 1000-Base-T1Power and the Semiconductor Dynamic Behavior Test, made easier with the instrument’s versatile double-pulse test capability. Among the compliance tests specified for the Automotive Ethernet standard none is more complex to set up than the transmitter distortion test. Using the T3AWG3252, as well as a Teledyne LeCroy oscilloscope and the QualiPHY Compliance Manager, testing is greatly simplified. The T3AWG3252’s excellent Harmonic Distortion performance, combined with the output voltage amplitude range and the precise tuning of the delay and phase of the differential signal pairs, makes the T3AWG3252 a perfect tool for emulating the disturber signal to assist in avoiding pitfalls encountered during the execution of the test.  The T3AWG3252 can also quickly determine the dynamic behavior of power devices. The standard feature Double Pulse function required for testing MOSFETs and IGBTs is made simpler because the two pulses can have a different amplitudes, rise-times, fall-times, and widths.