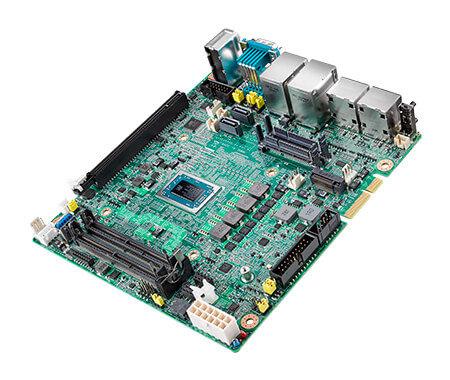 They also launched an Intel 7th Gen “Kaby Lake” based DPX-S445 casino gaming SBC in August, which was a follow up of the DPC-E140. The E265 is a lower-end gaming board, which focuses on gaming and lottery applications that fall short of extensive security and I/O features of the DPC-E140. The DPX-E265 has a smaller size than the DPC-E140.

The DPX-E265 has a remodeled Mini ITX surface area of 185 x 170mm, and the I/O ports are stacked. It runs on Windows 10, or Linux operating system and it supports up to 32GB DDR4-2666, with support for ECC RAM. The DPC-E140 is featuring 12C port with RTC, intrusion monitoring, event logging and a couple of other security features, like a standard TPM chip, secure boot, watchdog, and write-protectable BIOS in a removable module.

Available also is CFast and dual SATA 3.0 storage, an M.2 slot (2280), and dual GbE ports with PXE, but not WoL. The 12V board supports 0 to 50°C temperature range. Custom features include custom FPGAs or MCUs or additional security features.

More information can be found on  DPX-E265 product page