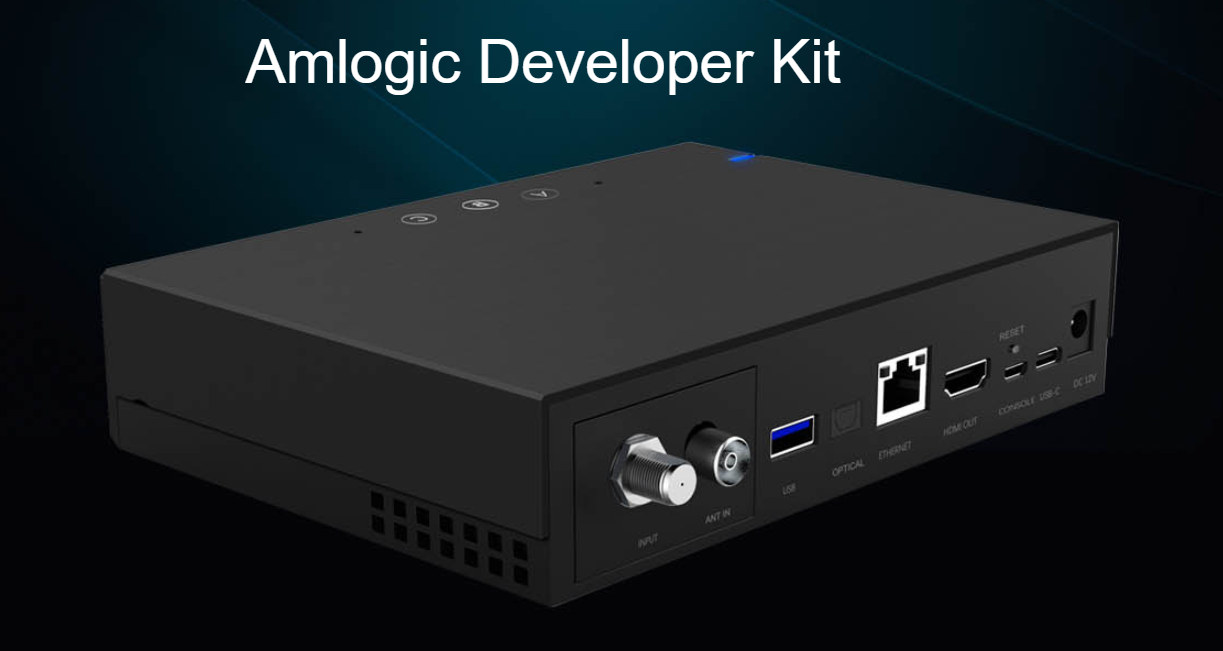 After the release of the Amlogic S905X4 processor for 4K TV boxes with AV1 support, which was another successor for the already popular S905X3 processor, we couldn’t wait to start seeing S905X4 TV boxes and we were excited when we learned about the launch of products like Mecool KM6 or Ugoos X4. These products unfortunately may take a little longer before they become available as they may have experienced a delay in manufacturing.

However, those of us who probably need a device to get started with our project may not have to wait any longer still, as SEI Robotics, under their DroidLogic brand, has launched an Amlogic S905X4 developer kit for Android TV and RDK development.

The developer kit looks like a standard TV box and is based on an Amlogic S905X4 advanced application processor designed for hybrid OTT/IP Set-Top Box (STB) and high-end media box applications. Integrated within the S905X4 chipset is a powerful CPU/GPU subsystem, a secure 4k video CODEC engine, and a top-notch HDR image processing pipeline to form the ultimate low power multimedia AP. The chipset also has a rich set of interfaces that help to meet the various needs of users.

Features and Specifications of the Amlogic S905X4 devkit include:

The Amlogic S905X4 developer kit is currently available for preorder and sells for $199, whether you add a tuner or not. The company does not provide software development kits though, but you can download the RDK SDK from their website and the Android TV code from Amlogic git (you need to have signed the TV Application Distribution Agreement with Google).