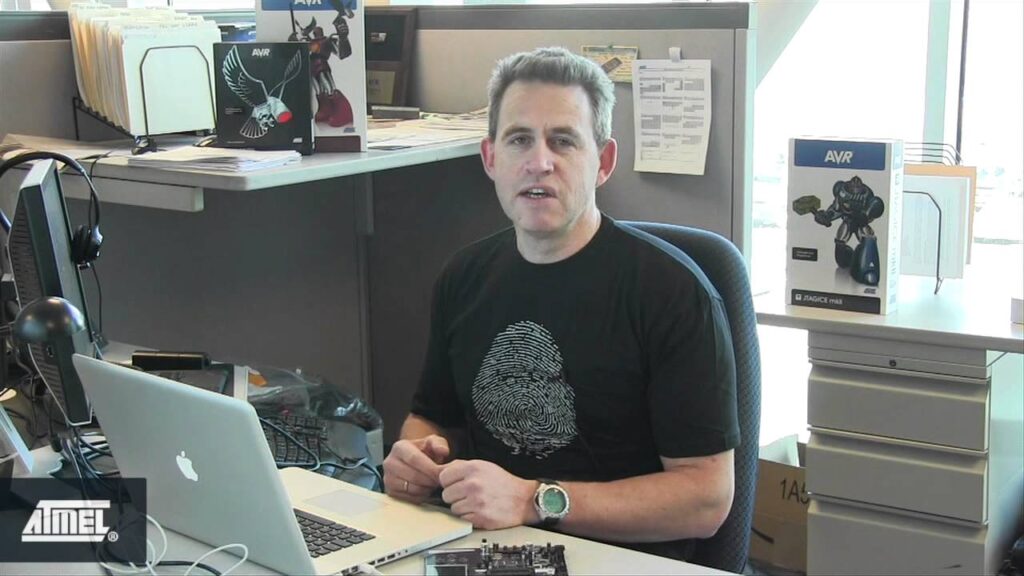 AVR is a family of microcontrollers developed by Atmel beginning in 1996. These are modified Harvard architecture 8-bit RISC single-chip microcontrollers. The Atmel AVR core combines a rich instruction set with 32 general purpose working registers. Atmel’s ATmega8 comes from the AVR line of microcontroller and it is a gem of the modern maker movement. It is used as the heart of the first generation of the Arduino board to be widely adopted by electronics hobbyists. Countless creative projects are designed with those cheap yet powerful chips.

ATmega8 was originally developed in the early 1990s by two students at the Norwegian University of Science and Technology, Alf-Egil Bogen, and Vegard Wollan. Microcontrollers are different from microprocessors in terms of built-in memory and I/O peripherals. They typically have their own onboard program memory and RAM, rather than relying on external chips for these resources.

I found them very hard to us. The learning curve to get to use them was hard; I found the development tools crappy. And also I saw that the performance of the products was not where I wanted it to be.

Computers, that are typically used on the day-to-day basis, use Von Neumann architecture. In this architecture, programs are loaded into the RAM first and then executed from the same. AVR uses the Harvard architecture, in which program memory and working RAM are kept separate, thus enables faster execution of instructions. The first prototype of AVR used ROM, which is not re-writeable, as the program memory. Later Atmel added easily programmable (and reprogrammable) flash memory to the processor core. The first commercial AVR chip, the AT90S8515, was released in 1996. Wollan says in a video,