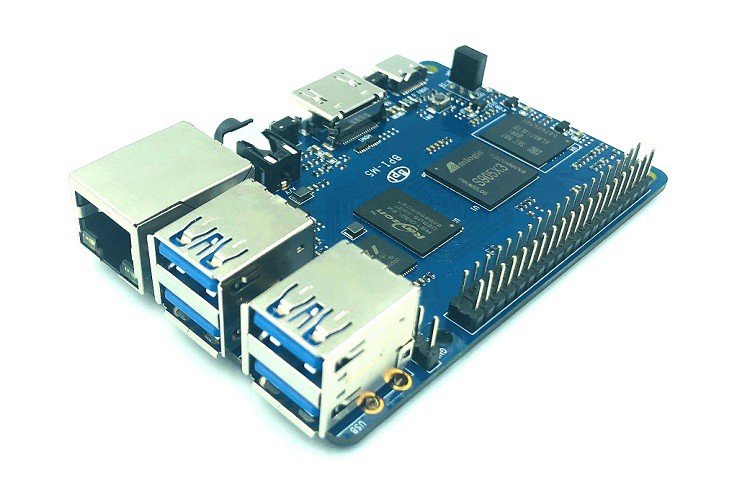 A common trend with the Pi-branded boards, is that they are starting to stir away from the given name and getting their own territory. We have seen that recently with the Orange Pi series, and the new Banana Pi BPI-M5 is another good example of it. But what SinoVoip Co. has in store for us this time?

The Banana Pi BMI-M5 is released after an 18-month stint of its predecessor, the Banana Pi BPI-M4, which was very well received by the maker community, and we think the BPI-M5 will not be an exception in this regard. Regarding its capabilities, we can classify it as somewhere among the lines of the Raspberry Pi 4 and the Odroid C4, with the latter actually using the same Amlogic S905X3 processor. From the outside, you can see the interesting I/O packed into this board, with USB 3.0, ethernet, HDMI, audio jack, and power via USB Type-C, so we are very well served in that regard.

But what about specifications, is there anything to put it above its competitors, or the opposite? Let us take a look at them:

As you can see by its specs, it goes about toe-to-toe in every lane with the Odroid C4, but it provides some nice advantages, with the on-board 16 GB Flash memory and the flexible power scheme provided by USB Type-C being the most noticeable ones. You also have access to the wide range of add-ons designed specifically for the Banana Pi series of boards, from which you can find sensors, touch panels, a remote control and other interesting modules. Lastly, it looks like there is already a wide set of documents that can be a nice starting point, if you decide to pick up the Banana Pi BPI-M5. It can serve you well on a wide variety of projects, such as a media center, for example, and you can also take advantage of Android, but you are not limited there. There is a lot you can do with it. Regading the price, you can get it on AliExpress for around $53.