Skip to content
HomeScienceBuilding a Chaotic Oscillator from Common Components 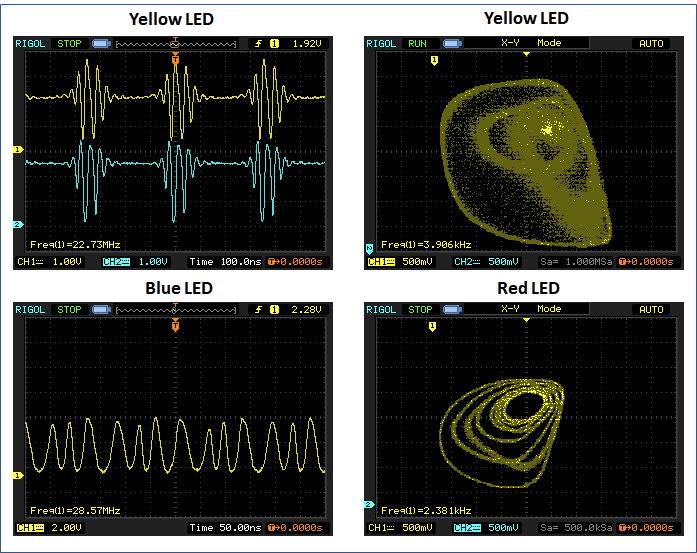 A chaotic oscillator is an electronic circuit that can exhibit “chaotic“, nonperiodic behavior. A commonly cited example is Chua’s circuit, but there are many others. I always regarded these as carefully designed, rather academic, examples. So I was a bit surprised to observe apparently chaotic behavior in a completely unrelated experiment.

A while ago a took an interest in recreating an ancient logic style based on discrete transistors, resistor-transistor-logic (RTL), with todays components. I discussed some of my findings earlier and continued to work on transistor selection and circuit optimization afterwards in collaboration with Yann from Hackaday TTLers. The tool of choice to evaluate the switching speed of different logic gate designs is to build ring-oscillators from chains of inverters.